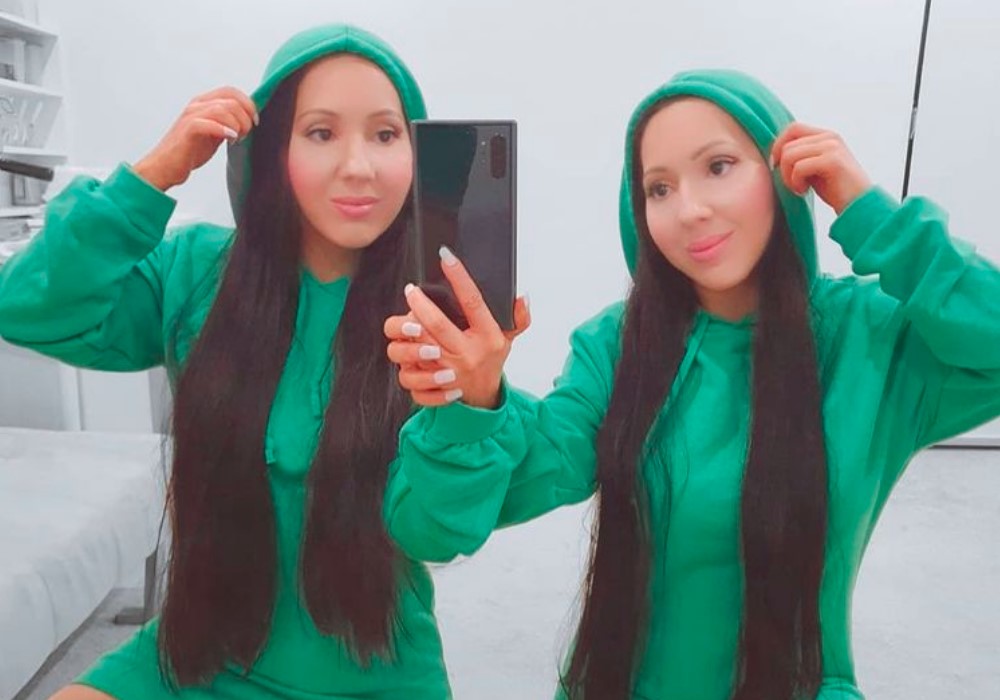 More Identical Than Most

These identical twins have been dubbed the “world’s most identical twins,” as dressing alike is only the tip of the iceberg. They dress alike, have similar hairstyles, frequent the same locations, and complete each other’s sentences.

However, the public was astonished when Anna and Lucy announced another shared interest.

The 34-year-old twins, Anna and Lucy DeCinque, are from Perth, Australia. When they announced their mutual love interest and longtime boyfriend, Ben, their jaw-dropping story gained traction around the globe.

The unusual trio had been living under the twins’ mom’s roof – and, surprisingly, their mother is in full support of their bizarre lifestyle choices.

Anna and Lucy were born on July 19, 1985. Since the moment they were born, these twins had an unbreakable bond. Like most twins, they were best friends and did absolutely everything together.

They had their own secret language and, even from a young age, they insisted on wearing the same outfits. But nobody could have imagined just how far they would go to mirror each other’s lives.

Anna and Lucy appeared on a Japanese game show in 2015, where they earned the title of the “Most Identical Twins in the World,” but that wasn’t the only reputation they earned.

On the show, the twins revealed the most outrageous aspect of their relationship with one another that whipped the media into a frenzy. But what had happened in their lives to prompt them to make such a controversial decision?

Now, it’s not uncommon for identical twins to look and act alike – in fact, even their parents had difficulty telling them apart while they were growing up. But Anna and Lucy embraced their similarities and went on to dress exactly alike well past the “normal” age.

They merged their identities so much that they took the same classes in school, and later attended the same beauty school. Then, their lives took a bizarre turn.

As the years went by, the twins’ obsession with merging their identities only intensified. They lived together, shared the same phone and social media accounts, and refused to go anywhere without the other.

They even share the same bed and the same job – the twins both work at a nursing home, and they share their responsibilities equally. But these twins were about to take what they shared to a whole new level.

When Anna and Lucy grew up into adults, their eating habits became a huge obstacle in their lives. Not only were they committed to doing everything together, but they also wanted to look exactly the same – which meant that they had to be the same dress size.

It all began when they both had their lips filled when they were in their twenties. Although Anna and Lucy’s parents used to be able to tell the twins apart from tiny differences, that’s not the case anymore.

Due to $250,000 worth of cosmetic surgery that the twins underwent to eliminate any minute differences between them, not even their parents can tell them apart. And when the twins began dating, things became even more complicated.

Anna and Lucy had tried dating separate men in the past, but their dates just couldn’t seem to come to grips with their strange lifestyle.

“They wanted to separate us, and they wanted to take us out separately, and we were like ‘No, we always want to be together.’ It just got too hard,” Lucy explained. That’s when they decided to do something rather unorthodox.

After a few years of unsuccessful dating, Anna and Lucy realized that conventional dating just wasn’t going to work for them. But when they met Ben Byrne on Facebook, everything changed.

Ben is a mechanic who also happens to have a twin of his own, but, surprisingly, Anna and Lucy weren’t interested in double dating.

The twins told their online fans that they “shared” Ben. In 2014, all three of them went on a date, and Anna and Lucy both felt “fireworks.” The rest is history.

Anna, Lucy, and Ben kept their controversial relationship a secret for the first few months, then they made the announcement on Australian TV that made everyone’s jaws drop.

The shocking story quickly went viral, and soon the twins were invited to make appearances on multiple TV shows, and their shared social media pages exploded.

Ben had never been in a relationship like the one he has with Anna and Lucy before. But, the twins say that he’s adjusted well to his new lifestyle.

The trio shares a king-sized bed, and Ben knows to give Anna and Lucy the exact same amount of food when he cooks for them. All in all, he considers himself a very “lucky man.” But it hasn’t always been smooth sailing for this unconventional trio.

After dating Ben for five years, the twins made an announcement that shocked and outraged the world: they knew that Ben was “the one,” and they wanted to take their relationship to the next level.

Anna said that they had “finally found someone that we can really connect with.” But was marrying three people even legal?

After doing some digging, the trio found out that they could not get married in Australia. In their country, their marriage would be considered polygamy – something that has been banned in Australia since 1961. But they still have hope.

Anna explained: “If we can change the law and the government, we’d love to marry Ben. I mean, love is love, we’re all adults. We should be able to marry the same man. We’re not hurting anyone, and this is what works for us.”