She could replace her ID and the cash, but she couldn’t replace her iPhone’s contacts, photographs, and messages – some of which were from people who weren’t around anymore. She’d never be able to get those back.

Spying the manager standing in a corner, she asked him a question. Without hesitation, he pointed to the teenage cashier and she knew. Soon, everyone would know what he had done. 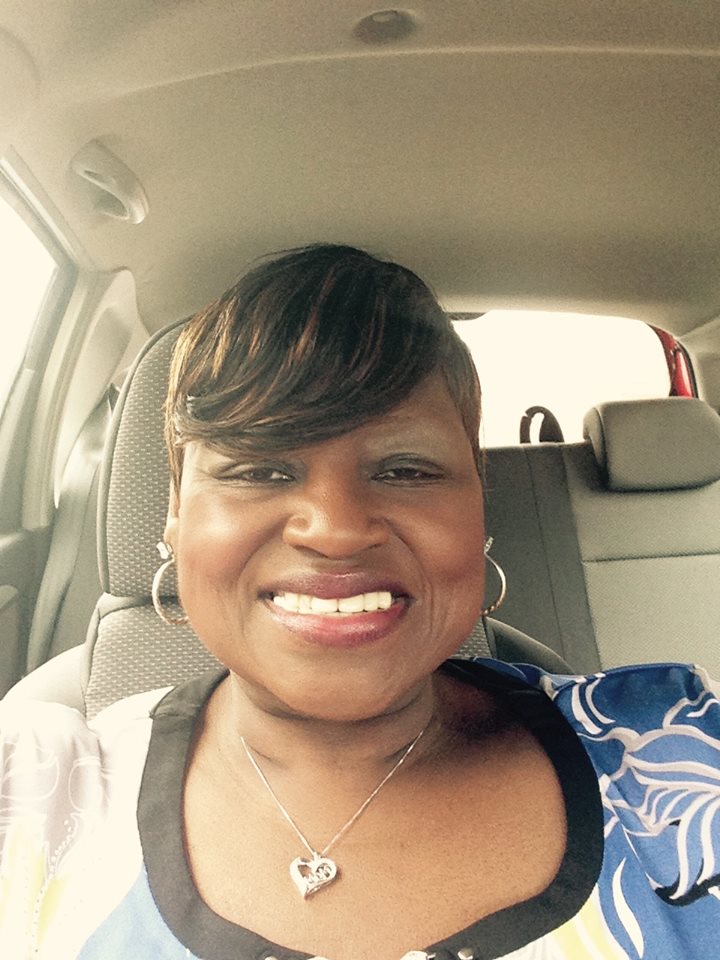 Sheila Spencer was on her way home from her teaching job when she realized that she had forgotten to stop and pick up a few groceries.

Feeling annoyed, she turned around and pulled into the parking lot of the local Piggly Wiggly. It was late and she was feeling exhausted. At least it was Wednesday, she thought, taking a deep breath as she walked inside. 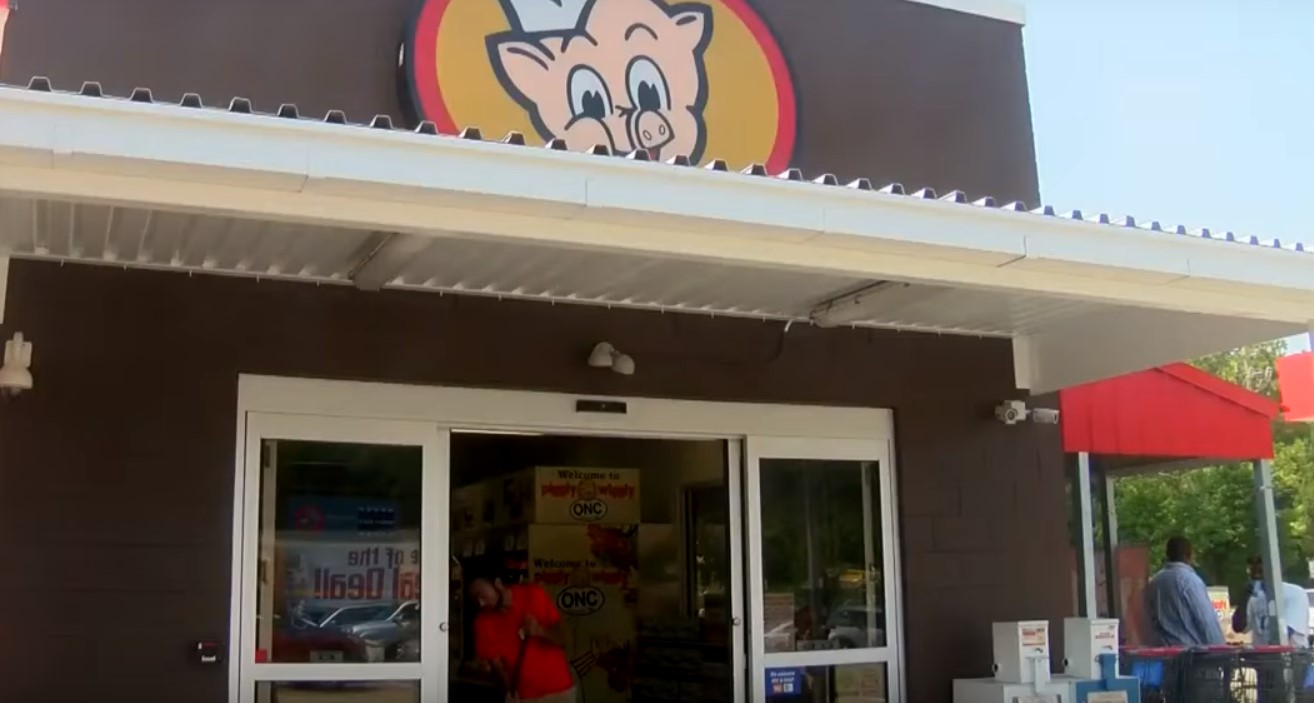 She repeated her list over and over in her head so she wouldn’t forget anything. “Bread…milk…fabric softener…” she mouthed as she moved ponderously through the aisles.

Suddenly, she felt someone bump her from behind. Startled, she protectively held her wristlet to her chest – all too aware that purse-nabbers and pickpockets would find her an easy target. Well, she’d prove them wrong, she thought angrily as she turned to confront him. 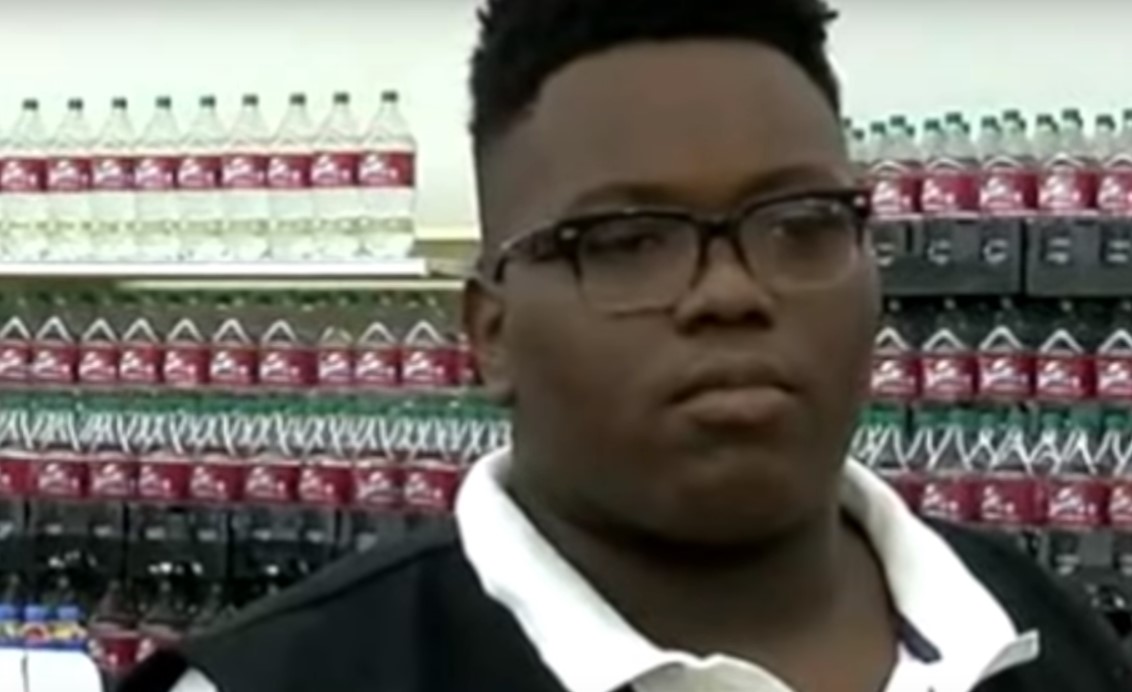 The clerk packing shelves behind Sheila apologized profusely when he saw her fierce expression and she was taken aback. Perhaps she was being too defensive, she thought as she continued on her way. It had been a hard day.

She took out enough cash to pay for her groceries and placed her wristlet on the seat inside her shopping cart so that she could keep an eye on it. But she didn’t know that she’d made a grave mistake as she moved toward the checkout line. 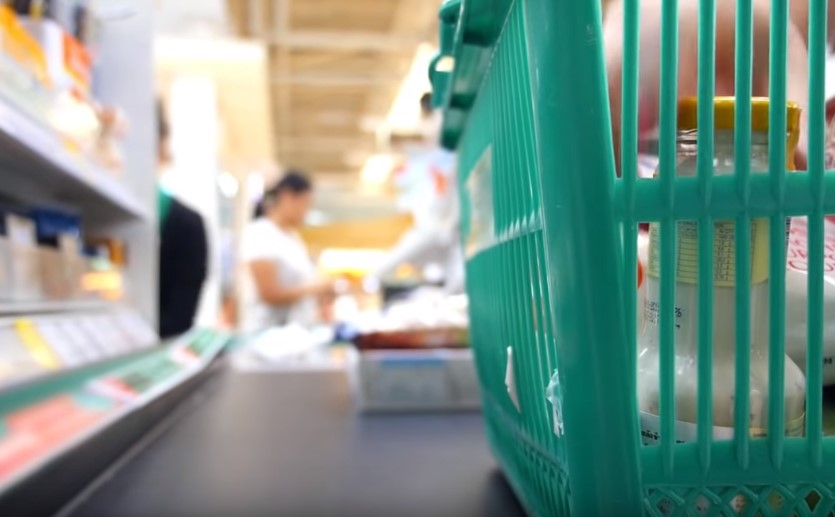 Finally, she was ready to go home. She was looking forward to preparing some dinner and watching some TV during her downtime. As she pushed her trolley into the receiving bay, she glanced at her watch and was dismayed to see that it was already 8:30 pm.

What she didn’t notice was that something important was missing from her wrist. 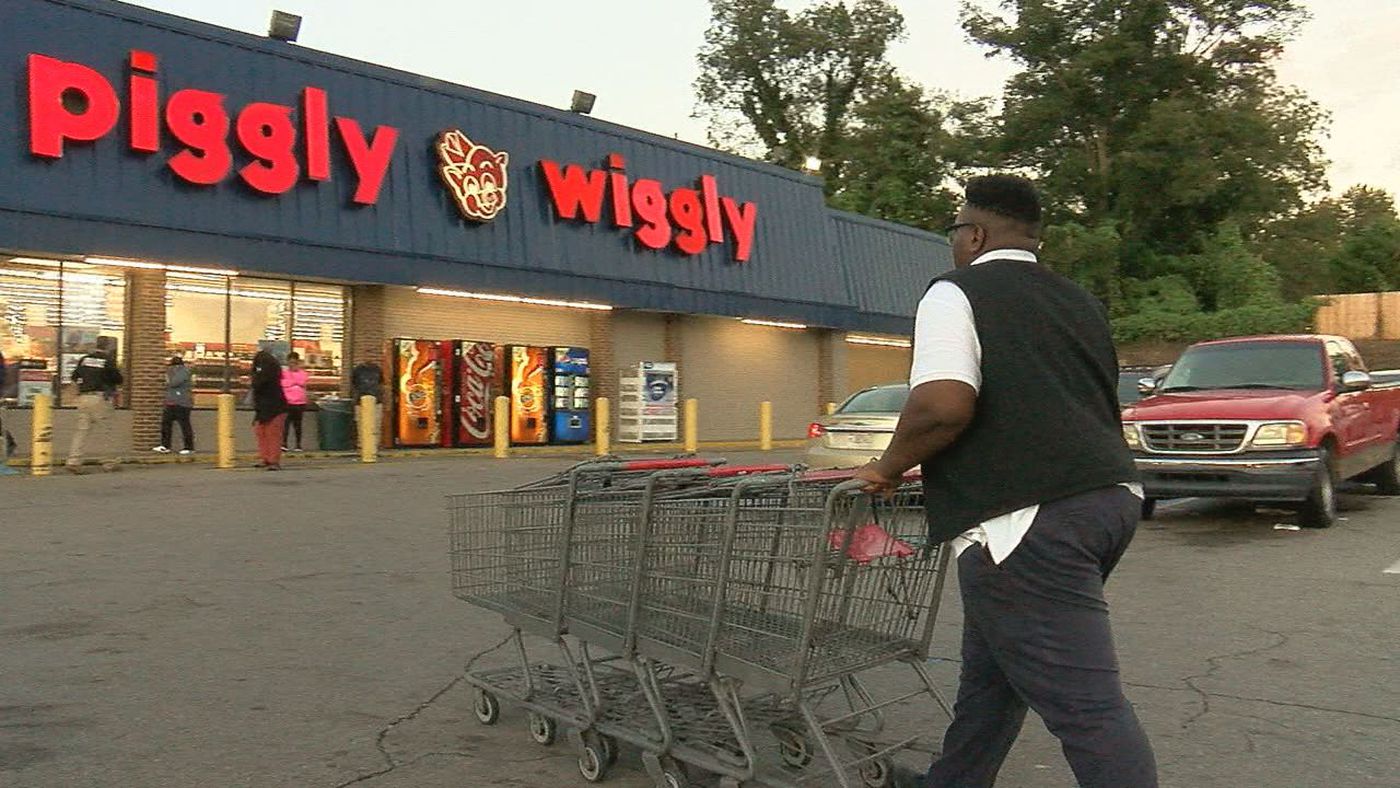 By the time Sheila had arrived home and had begun to make dinner, it was already 9:30. Wanting to look a recipe up on her phone, she realized what had happened with sickening certainty.

She retraced her steps and searched her car, but her wristlet was gone. Along with her iPhone, credit cards, ID, and $300 in cash. 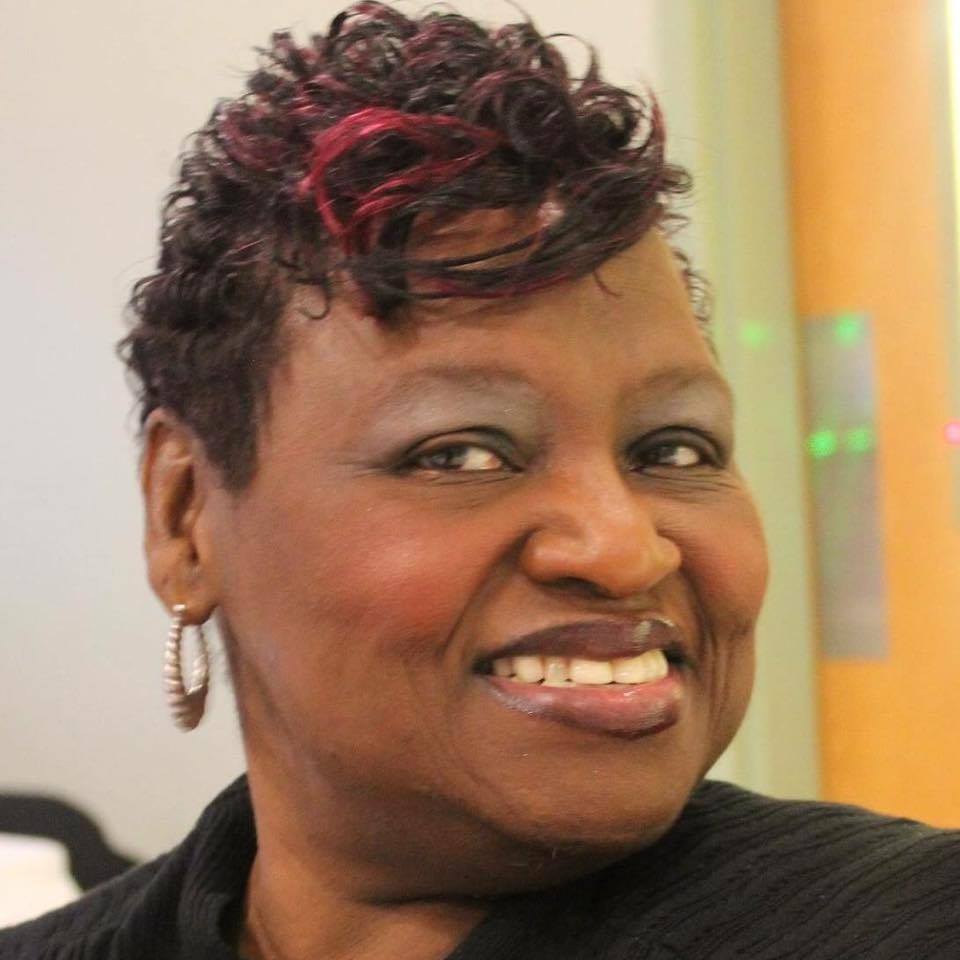 She called the Piggly Wiggly, but didn’t have high hopes. When the manager said that her purse had been handed in to lost and found, her heart leaped into her throat.

But would all of her precious belongings still be inside? She got in her car and sped back the way she had come to find out. 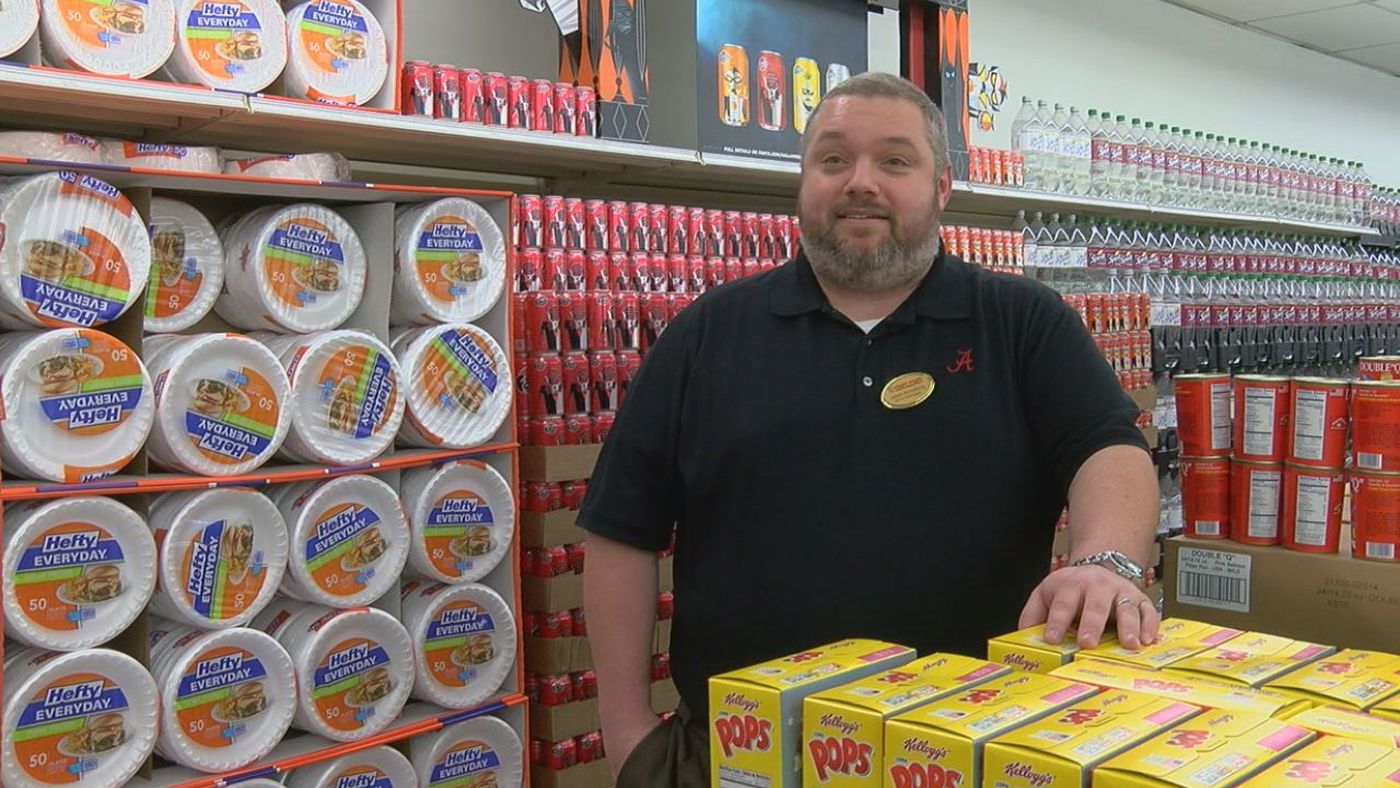 Her heart was thudding in her chest as she got out of the car and rushed through the doors. Her whole life had been in that purse – ID, credit cards, medication, three-hundred dollars in cash. But at least those things could be replaced.

She feared the worst. Her eyes searched for the manager. If the contents of her wristlet were indeed missing, she knew exactly who the culprit was.
The manager looked confused, at first. Then he walked around the counter and rummaged through a box before handing Sheila’s purse back to her. She opened it up immediately, and her eyes widened. 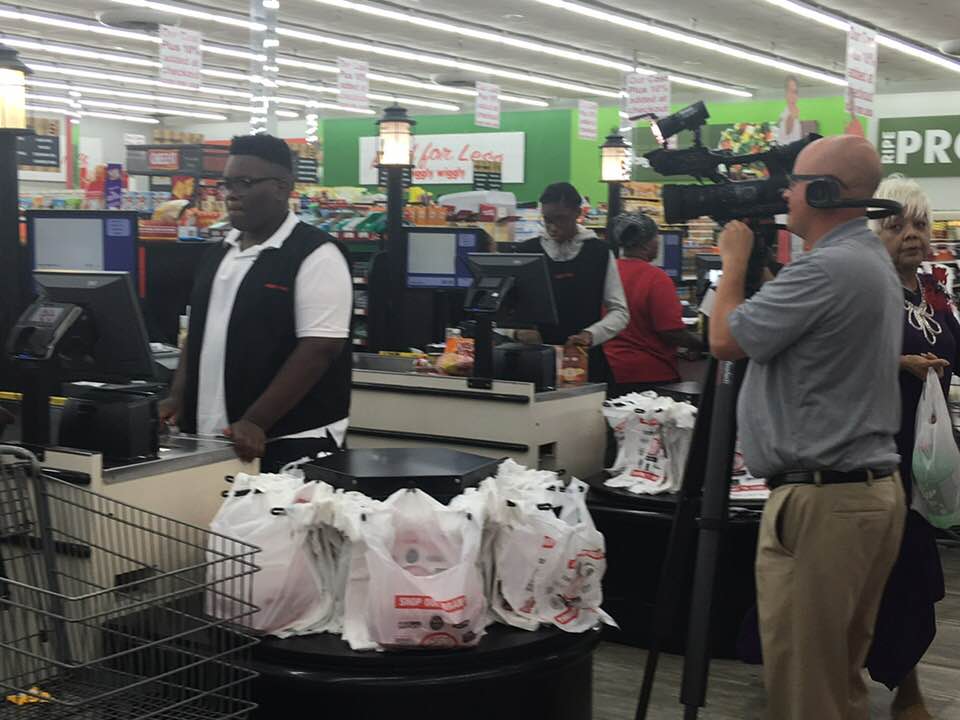 “What is even more astonishing is, I had all my money in the wristlet and my iPhone,” Sheila recalls. Thunderstruck, she asked the manager of Piggly Wiggly’s who was responsible for handing her wristlet in.

He slowly raised a finger and pointed at a cashier at a busy counter, and Sheila recognized his face instantly. She was about to make this teenager Facebook famous. 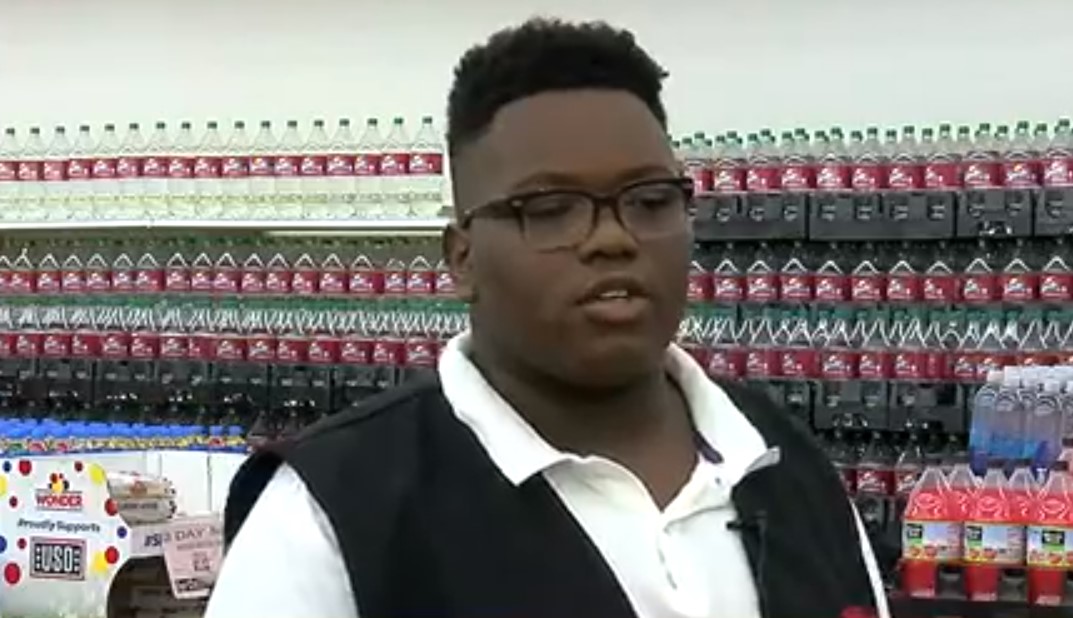 “She took my picture and told me I was going to be viral, which I didn’t think would be for real,” the cashier, named Antoine Starr, said later. But he had gravely underestimated the power of social media.

“But a lady came through my line an hour or two later and told me that I was on Facebook.” 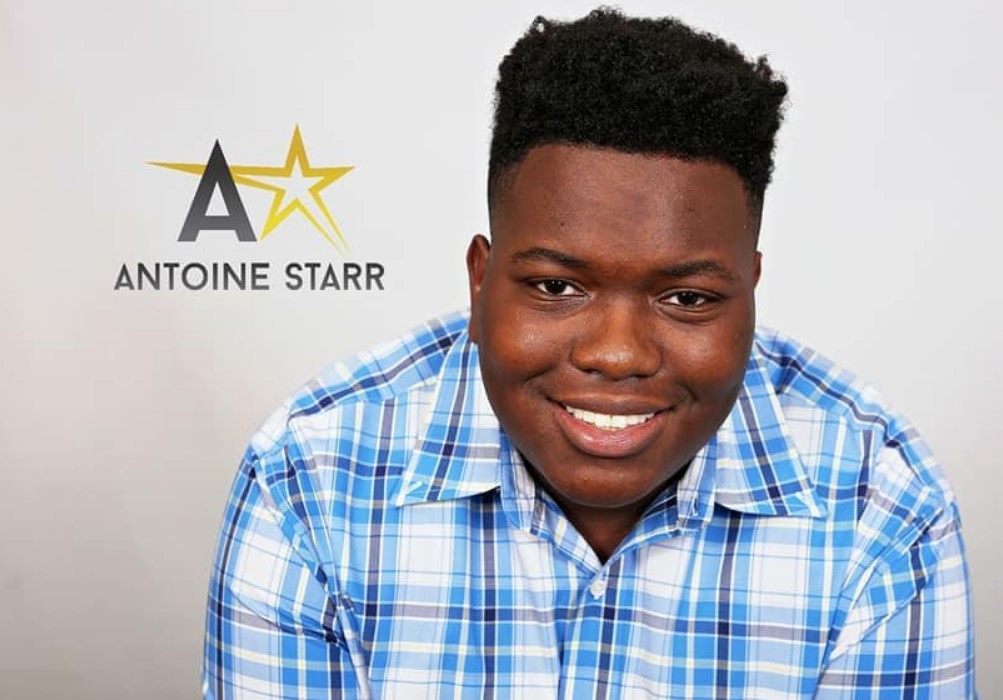 True to her word, Sheila’s Facebook post and photo of Anthoine went viral. It garnered over 540,000 reactions.

It read: ‘This young man is Anthony, he works at the Piggly Wiggly on 78. On Wednesday after work I went to Piggly Wiggly to buy a few things. Before I left I pushed my buggy in the port that holds the buggies on the outside of the store. After going home I realized at approximately 9:30 p. m. I couldn’t find my phone.’ 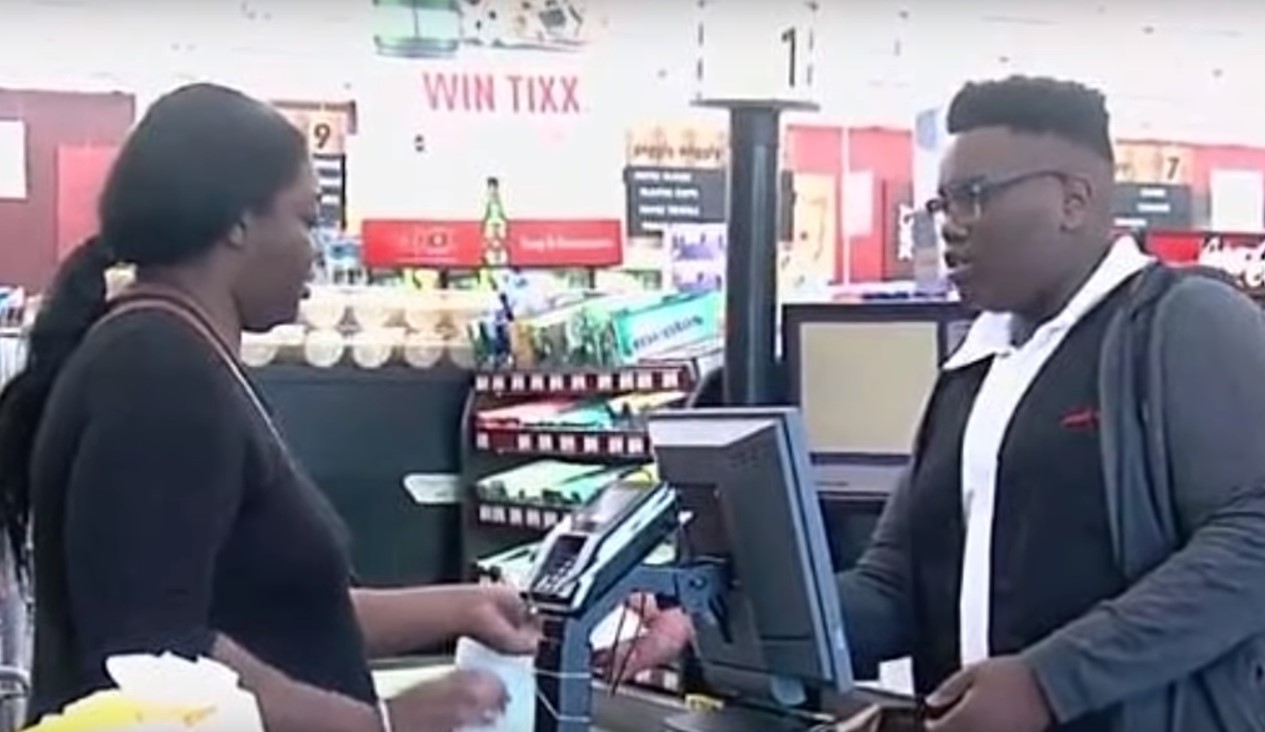 ‘I started to look for my wristlet that carried my money but I couldn’t find that either. Earlier that morning Shelisa had given me 200.00 cash to get our tags, and I had over seventy dollars of my own money in there including 10.00 worth of quarters,’ Sheila wrote.

‘Tracing my steps I realized that the only place I had been was Piggly Wiggly.’ 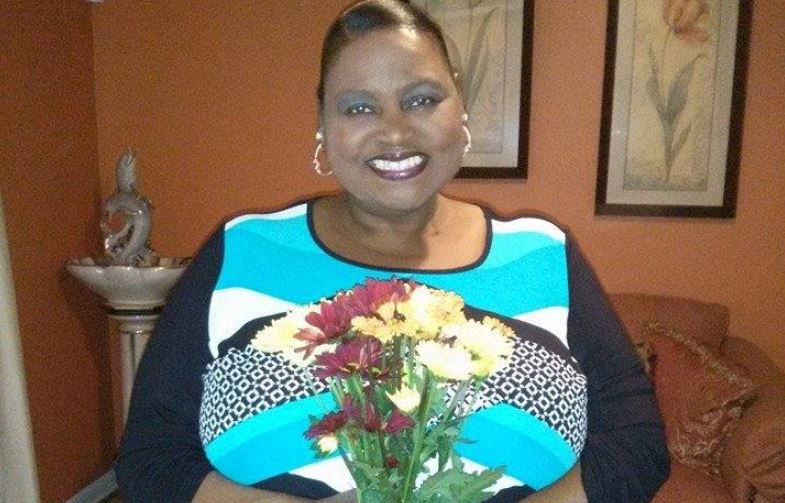 ‘I called them and true enough my wristlet and phone were there. What is even more astonishing is, I had all my money in the wristlet and my I Phone. I asked the store manager who turned it in, and they said it was Anthony. The picture below is Anthony. Anthony is a teenager at Central Park Christian.’

Sheila was more than surprised to find all the contents of her wristlet intact and decided to do something for the kindhearted cashier. 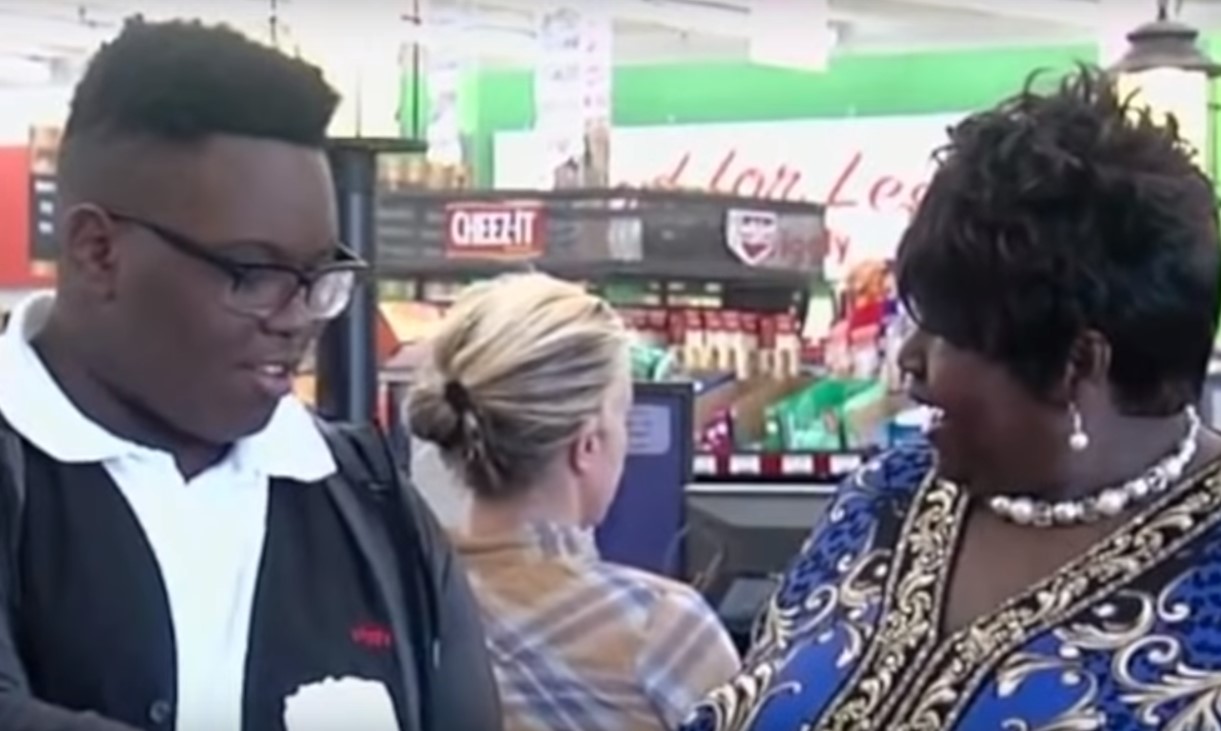 Sheila decided to give 17-year-old Antoine $100 as a reward for turning her purse in, and even called his mother to tell her what a good job she had done in raising a son who did the right thing.

‘His mom cried tears of joys. We hear very little about kids when they do something positive, it’s always lots of talk about the bad things that happen. Let’s make this post go viral, to show other young men and ladies that there is honor in doing the right thing,’ she wrote. 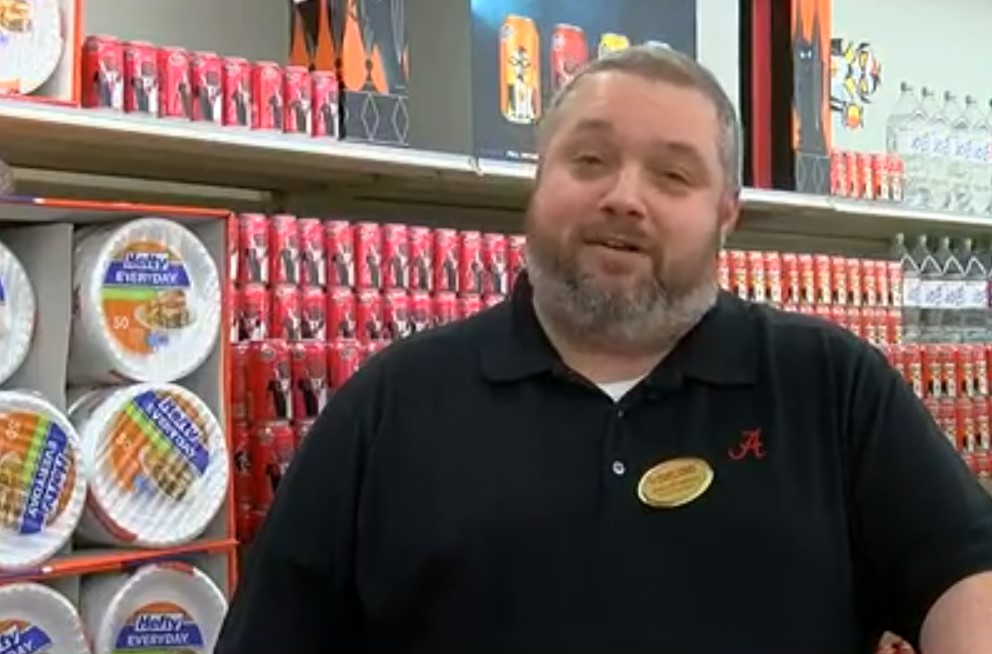 But the manager of Piggly Wiggly in Birmingham, Jason Armstrong, wasn’t too surprised by what his star employee had done.

“Anthoine is a really good guy – a good kid with a great heart,” he said in an interview. “We’ll take care of him… “It’s not hard, It’s all heart… It’s what you have in your heart.” 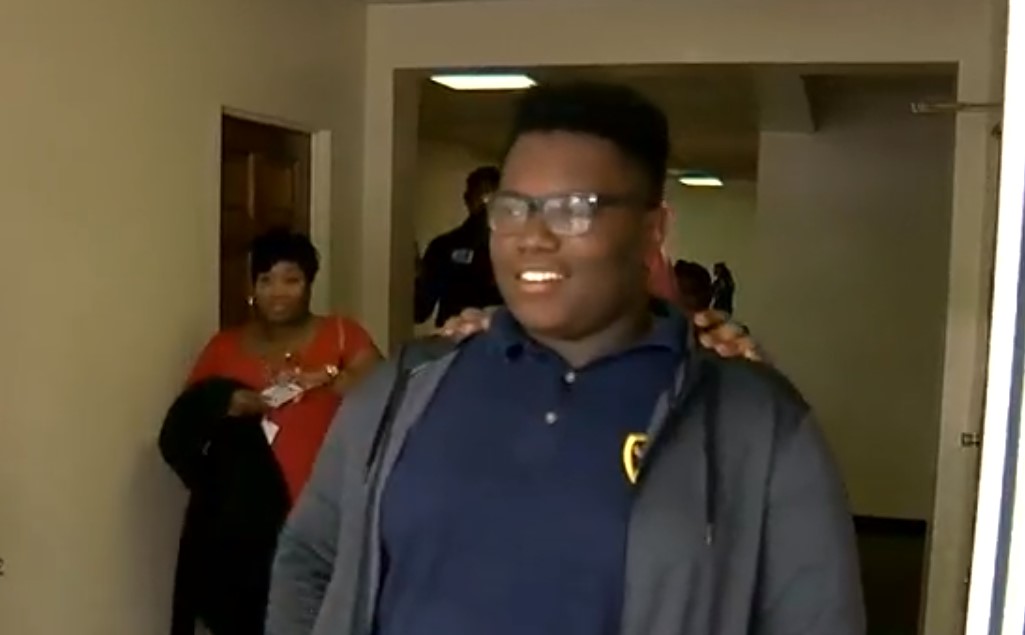 But Antoine doesn’t think his good deed was a ‘big deal’. “I just picked it up and returned it to one of my supervisors… And I thought about how I would feel if it was my stuff and was stolen from me,’ he said in an interview.

“I would be devastated. So I thought about her and I returned it.” But then, the news about Antoine caught someone else’s attention. 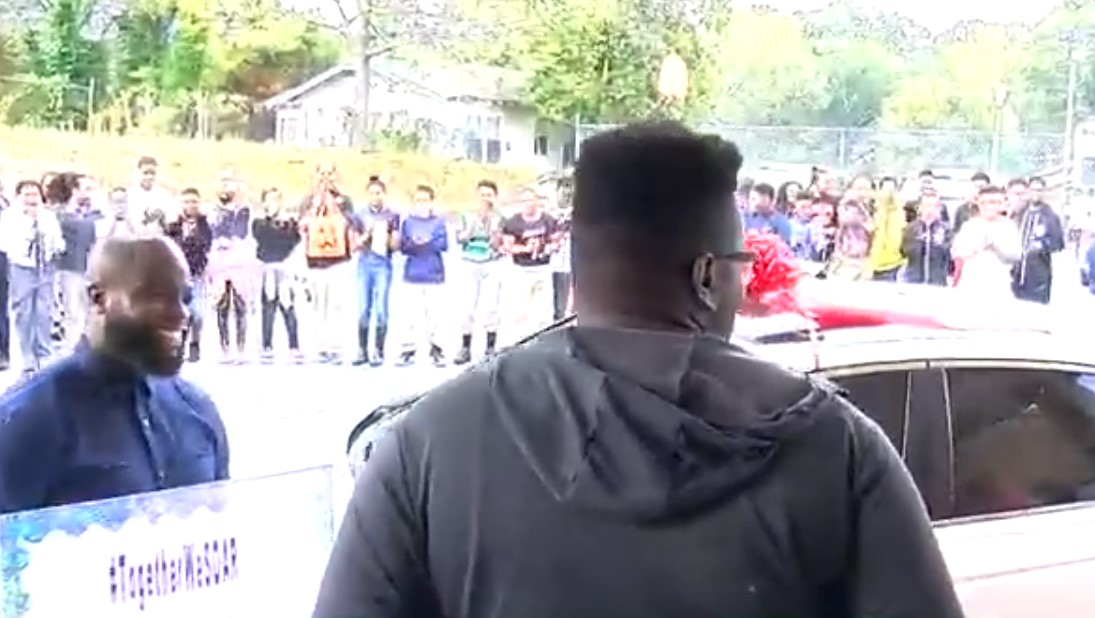 Soon, the owner of H&H Contractors had caught wind of the story and decided to honor the honest cashier with an act of kindness of his own. He awarded Anthoine a new car – a 2008 Honda Accord. And Sheila was delighted.

“If you sow a good seed, you’ll receive a good seed,” Sheila said. “Character is all about what happens when nobody’s watching but you and God.” 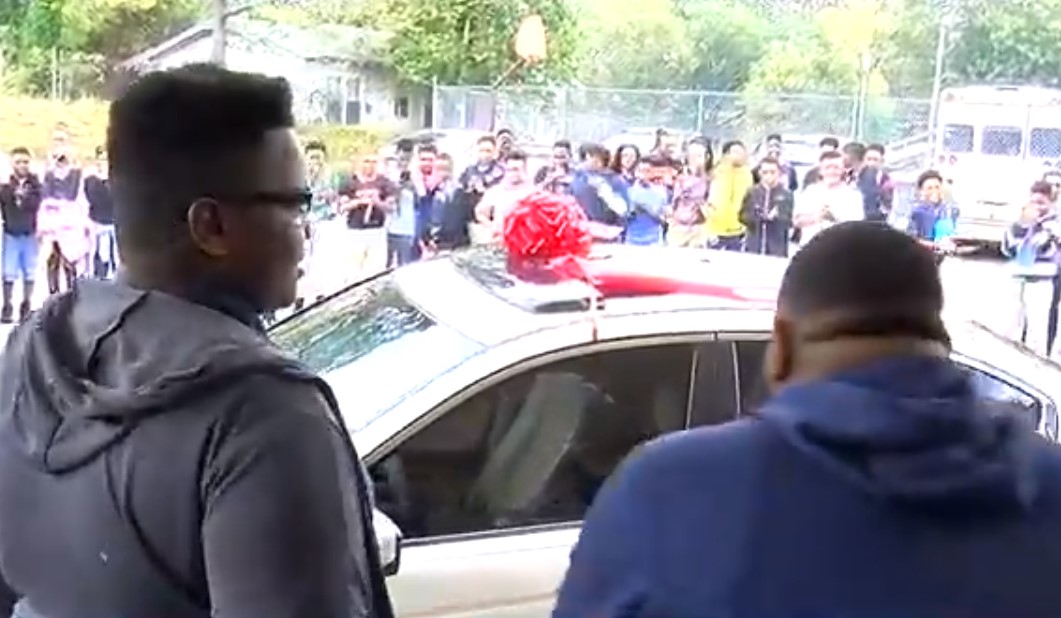 But a new car wasn’t all Antoine was about to receive. Sheila decided to write another Facebook post.

“Getting to know this young man and his wonderful family, you can see immediately where his ethics and morals come from,” her Facebook post began. “Antoine will be going to college next year and I would really like to do something very special to help him.” 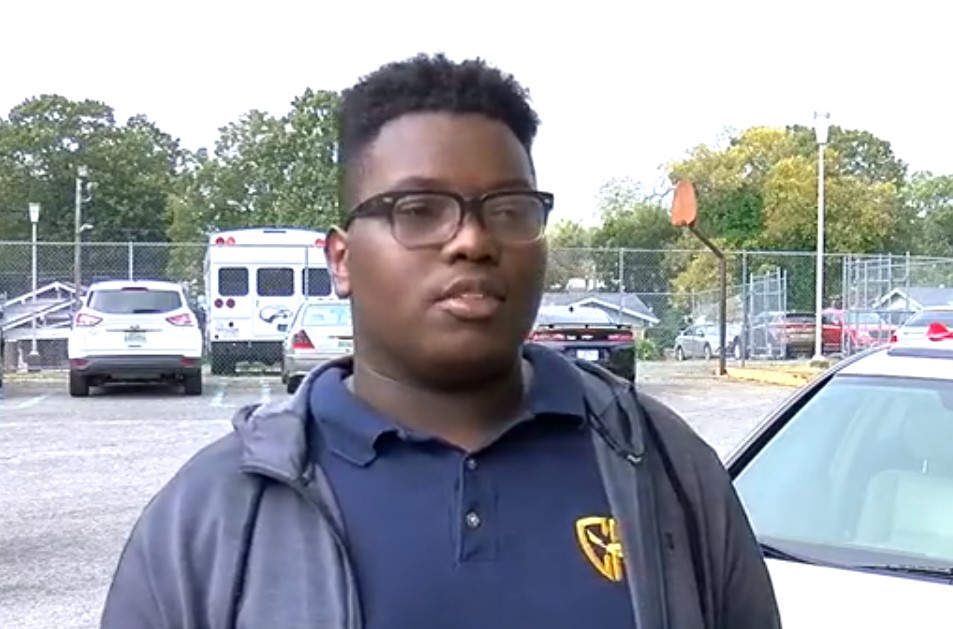 “We’ve got to let him and all the other young men and women know that God always [rewards] honesty, doing unto others as you would have them do unto you.” Then, Sheila suggested that readers contribute to Antoine’s college fund. 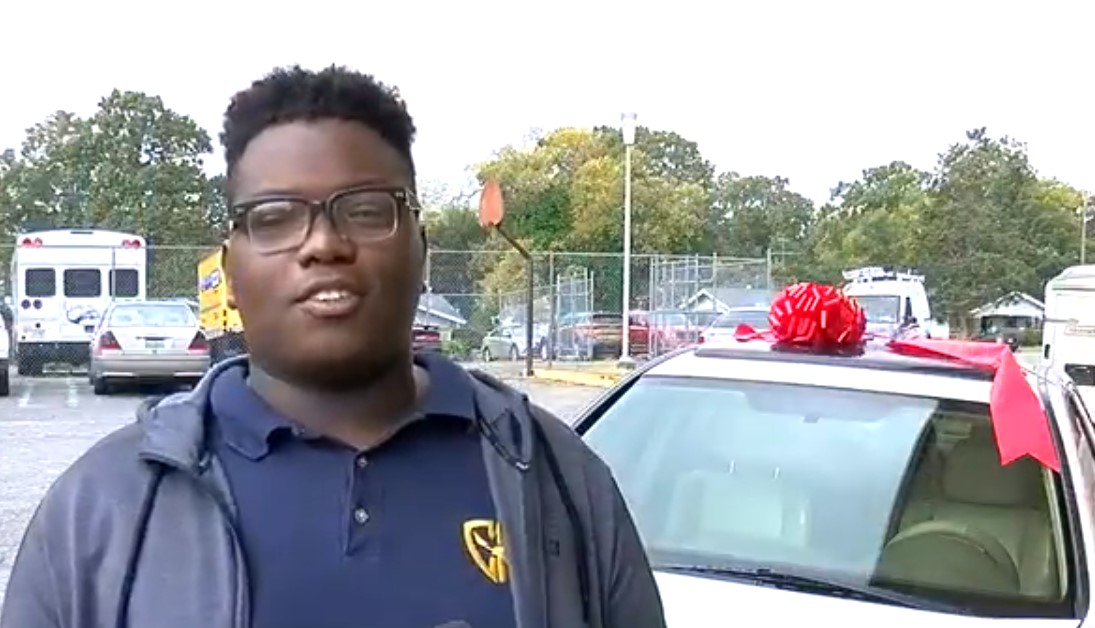 “So many of you have been generous enough to pay it forward, so if you would like to help him start his college life off, that would be [very much] appreciated,” Sheila added. Then, she shared a link to a GoFundMe page that she had created for Antoine.

One commenter wrote: ‘Anthony is a prime example [that] there [are] still some great young men in this world. I applaud him and his parents for instill[ing] great values in him.’

…And we couldn’t agree more!

Must Read
Tips for Proper Fish Care
Lucky Thrift Store Finds That Were Worth Much More Than They Were Sold For
Best Father's Day Gifts of 2021!