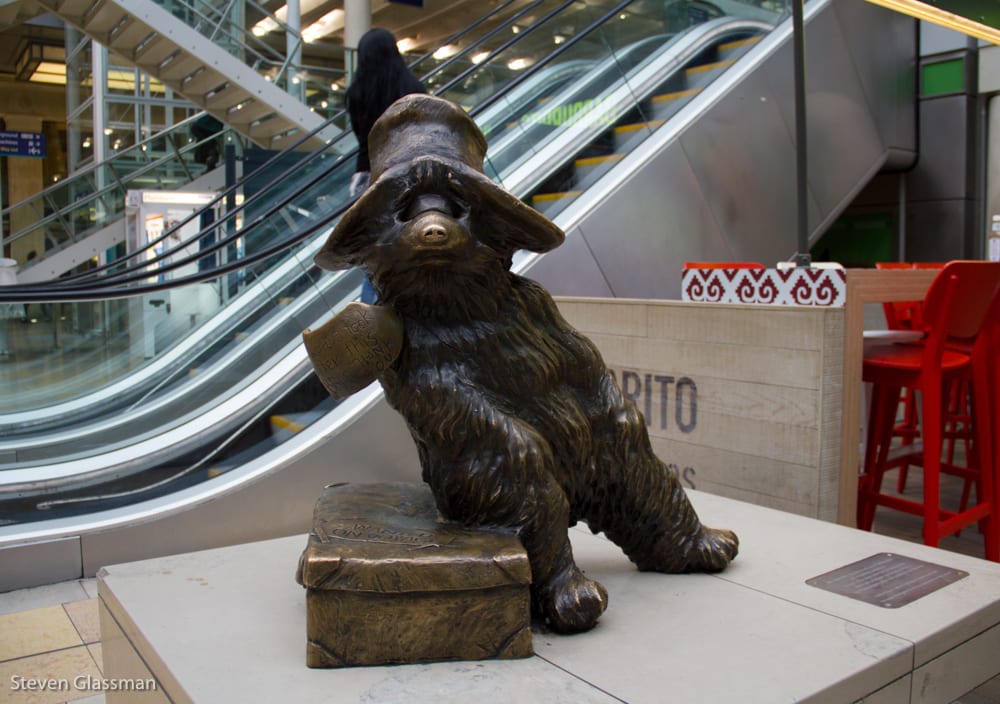 Yes, yes, you’ve done the top five things to do in London. You’ve already got the mandatory selfies at the Tower of London, Harrod’s and Buckingham Palace. Now you’re wondering what else the city has to offer. Well, there’s a lot more to London than that, and these unusual, quirky attractions in London are good places to start branching out and exploring outside the guidebook.

5.) Monument To The Great Fire of London (London Monument)

Although the Monument was made to remember a terrible event in London’s history, today it is one of the popular quirky attractions in London. So shake off those tired legs from your trans-Atlantic flight by climbing the 311 steps of the winding, claustrophobic staircase at the London Monument. The tower, completed in 1674, is located near Pudding Lane, where the 1666 Great Fire of London ignited. The observation deck is gated in, but the 360-degree panoramic views rival those of the London Eye. When you’ve reached the top and climbed down again you will be presented with a certificate commemorating your feat.

Architecture lovers are sure to admire the Monument’s unique design. It features a stunning fluted Doric column made of Portland stone. At the base of the column, there are inscriptions in Latin. The inscriptions describe how Charles II reacted to the events of the fire, how the fire started and how much damage it caused.

Americans might recognize Paddington as the cuddly, albeit slightly addled bear that is adopted by a London family in Michael Bond’s beloved series of children’s books. The name comes from the busy Paddington railway station, where the bear was found in the Left Luggage department. The former now honors the latter, and there’s a life-sized bronze sculpture of Paddington Bear, sitting forlornly on his suitcase, on the concourse. The statue was designed by the sculptor Marcus Cornish and unveiled by Michael Bond in 2000. You might need to go through Paddington Station at some point during your visit. For instance, if you’re using the Heathrow Express to get to and from Heathrow Airport so take a few minutes to say hi to the bear.

Visitors on their way to St. Paul’s Cathedral usually don’t pay much attention to the dark stone foundation in front of a nondescript building. They don’t realize they’re passing evidence of London’s Roman past: the stones are the remnants of a 3rd century C.E. temple to Mithras, Bacchus and other Roman deities. The Temple of Mithras Temple Court was uncovered in September 1954 while there were plans for the construction of Bucklersbury House.

The temple has been relocated from its original site, and the artifacts associated with it are on view at the London Museum. The new site lies 23 feet below street level. There really isn’t much to do at the Temple of Mithras, save to look at the foundation and take some photos. It’s gated off, so you can’t walk through it. However, it isn’t every day that one finds an ancient Roman temple in the middle of a busy London street, is it?

Yes, at one time you really could throw someone in the clink. The Clink prison was one of England’s oldest prisons. It is located at Bankside which was considered to be a red-light district area during the running of the prison. The original jail building is long gone, but the Clink Prison Museum, set up on the same site, vividly documents what life was like in the notorious prison from 1144 to 1780 (here’s a hint: not very nice). The prison was owned by successive Bishops of Winchester and inmates ranged from priests to prostitutes. It also held prisoners involved in many famous events including the Gunpowder Plot.

The museum includes recreations of prisoners’ cells and torture devices, chains and locks you can actually handle. Go ahead, take that photo of your friends in irons as evidence of one of the quirky attractions in London. Special events, such as GaolBreak, bring costumed performers into the Clink to recreate historical events and convey how terrible it was to be a prisoner in the Middle Ages.

The oldest existing operating theater in Europe is another one of the quirky attractions in London. It is tucked away in the attic of what used to be St. Thomas’s Hospital in Southwark, along the same street as the Shard. The hospital operated from the Middle Ages until the early 1860s. Fun fact: Florence Nightingale worked in this building for about three years before St. Thomas moved to another location. The operating theater was once part of the women’s ward, and it pre-dates both routine anesthesia and antiseptic surgical procedures.

The theater now includes the original furniture and equipment, including a 19th-century operating table and surgical instruments. If the wooden operating table isn’t enough to make you eternally grateful for modern medicine, head over to the other side of the garret. You can check out the knives, saws and other gruesome “medical tools” that were used on the unfortunate patients. You make get lucky and visit during an exhibition period.

There’s also a wide range of unique spots to eat that will satisfy everyone especially if you have a vegan diet and often struggle to find a good vegan meal.

These are just a few of the quirky attractions in London. You can also check out these 10 Unusual Experiences in London That You’ll Never Forget!