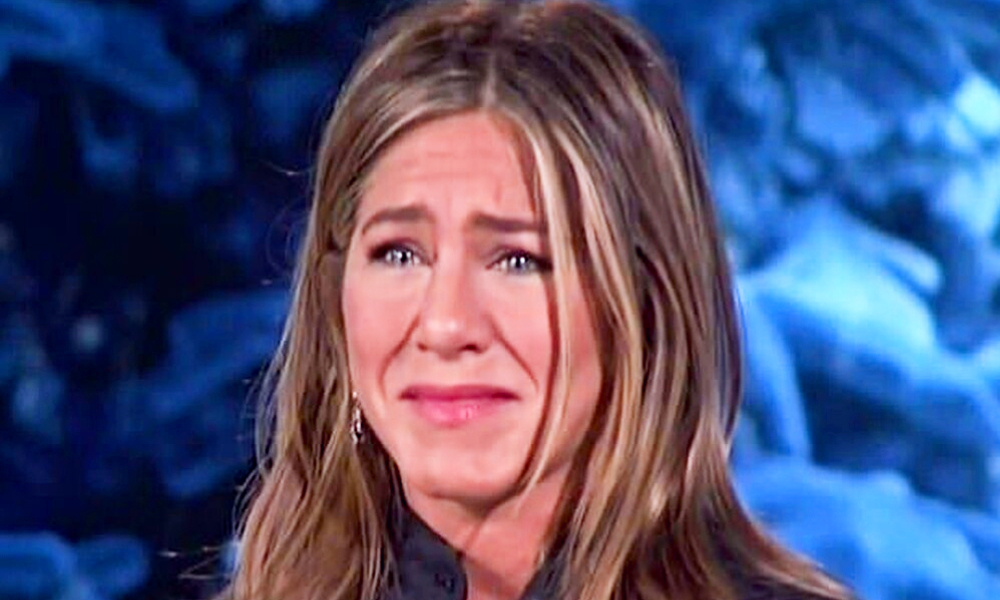 Being a celebrity certainly isn’t as easy as most people think. They constantly have to keep up appearances for paparazzi and fans, and if they don’t, the entire world finds out about it. But what happens when they drop their persona for even a second? Well, then people realize that they might not be who they thought they were.

We’re here to share a few stories of your favorite celebrities that showed the world who they really were. From Jennifer Aniston to Ray J, no one is ever as nice as you might think.

Katie Couric is famous for being a successful journalist, and news anchor and for appearing on shows like 60 Minutes. But recently she released her memoir called ‘Going There’ and let’s just say that a lot of people were put off by it.

She mentioned her rivalry with other women that had threatened her career, she iced them out and admitted to saying some pretty horrible things to them. It has left the entire world questioning Katie’s morals.

Everyone seems to think that Jennifer Aniston is one of the nicest celebrities out there, but a few of her co-workers have revealed otherwise. Celebrities like Isla Fisher, Tim Robbins, and Will Forte have revealed that she is not as kind and warm as you might think.

But she isn’t blatantly rude either. Apparently, she tends to be a bit stuck up between takes and when there’s downtime at the studio. She eats her lunch on her own and always uses a luxury SUV.

A lot of Princess fans have been defending her online because of Ray J allegedly being “disrespectful” towards her. A lot of rumors are circulating the internet, so it’s hard to know exactly what Ray J did wrong.

Apparently, he cheated on her. Although his fans have stayed relatively loyal to him, a lot of people are not happy with the R&B artist.

Celebrity drama seems to happen when one celebrity reveals an insane story about another. And lucky for us, James Corden has shared a pretty surprising story about Pierce Brosnan.

When he was asked about a celebrity that he has met that was rude to him, he revealed that it was Pierce Brosnan. They were at a U2 concert and he spotted Brosnan in the crowd. According to Corden, Brosnan deliberately shoved him during the show.

Aaron Rodgers is a massive star in his NFL team, but apparently, he isn’t the nicest person when it comes to his relationships. He’s had two failed marriages, which isn’t that big a deal.

But he isn’t even in contact with his own family, rather than it being a coincidence, it’s more likely that he is the common denominator. It’s obvious that those closest to him don’t want to be that close to him after all.

After John Krasinski starred in “The Office”, his fame skyrocketed. He played everyone’s favorite character in the hit TV series and he has maintained his “nice guy” persona both on- and off-screen. But recently, his co-star and character’s love interest, Jenna Fischer, has admitted to having real chemistry onset, but he’s denied this.

In an interview, Fischer said, “There’s a real part of me that is Pam and a real part of him that’s Jim, and those parts of us were genuinely in love with one another.” But Krasinski responded with, “I think that was wildly misquoted or taken out of context.” Now that’s awkward.

For years, Ellen DeGeneres was believed to be one of the nicest people on television, but a lot of people have suggested otherwise, especially ex-employees. We know of an interaction one fan had with her.

Fan Danielle Acevedo tweeted, “When I was 15 @TheEllenShow was doing a contest of fans making a bust of her and sending it to her. I worked so hard on this and even wrote her a letter. Weeks later, she used it as a prop in a game and gave it away to a random person with $500 attached to the bottom.”

But a breaking point came when Brown recorded a private conversation between him and head coach, Jon Gruden. He later posted this recording to Instagram. This was the final straw and Brown was officially released.

Steven Tyler has ruled the Rock and Roll scene for decades, you’d think that he’s gotten used to being filmed by now. But it seems that Tyler despises it when fans film him at live shows.

At a recent show, he scolded a fan in a rather patronizing way. In front of everyone, he said, “Are you gonna put that on your website? No? Why are you filming me then? Well, then turn it off! Watch the show, man!”

Jerry Seinfeld’s been a big name in comedy for more than a few decades. His career skyrocketed after his show Seinfeld got off the ground. But he hasn’t always been the most sensitive.

After fans asked why predominantly white people were being interviewed in his show “Comedians in Cars Getting Coffee.” He said, “People think [comedy] is the census or something. It’s gotta represent the actual pie chart of America. Who cares? Funny is the world that I live in. You’re funny. I’m interested.”

John Travolta’s been second-guessed by fans after an awkward encounter at the Oscars. He co-starred with Scarlet Johansson in 2004’s “A Love Song for Bobby Long” but made an awkward scene on the red carpet.

But in 2015, he awkwardly kissed her at the Oscars. Fans were a little taken aback by the actor, but Scarlett Johansson has reassured them that there was nothing inappropriate or creepy about it.

Kendall Jenner was famous before she was even a teenager. Her family has been in the spotlight, and it only escalated more after her father married Kris Jenner. But fans often speak about how they don’t like the persona she shows her fans.

Prince needs no introduction. His music career and personality were both explosive. Fans are fully aware that Prince could be a bit of a diva. But sometimes, he took it too far.

One crew member spoke out, “No crew members were allowed to look at him or talk to him. I literally saw him fire a guy for looking at him. He just said, ‘Why is that guy looking at me? Tell him to leave.”

Drake still manages to stay relevant and famous years after the highest point of his career. But being so famous means that a lot of rumors and drama circulates around the internet.

There’s been so much drama. From allegations of blackface to his more famous “baby mama” drama. Whether or not fans choose to believe the rumors. It doesn’t disregard that one day they may come out as true.