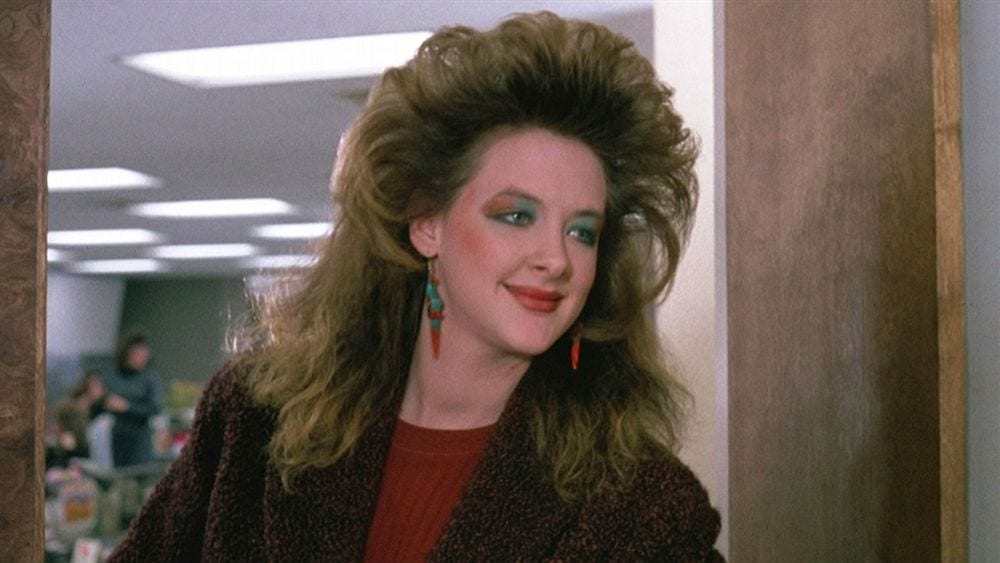 The 1980s was a decade of big, bright fashion fails. Some of the hairstyles of this decade took a small army to achieve and the results often left us wondering why we even bothered. Forget the leg warmers, Hammer pants and scrunchies. Those were minor fashion faux pas when compared with the worst hairstyles of the 1980s.

Here are the worst hairstyles of the 1980s.

This was a popular hairstyle in the 90s. You would find almost every boy having this cut

Although better than the mullet in appearance, the bowl cut was also one of the 80s worst hairstyles.

Imagine someone spotting this hair without the image of mushroom coming to mind. It’s almost impossible not to!

It was probably the second worst hairstyle in the 80s after the Mullet.

This hairstyle is an offspring of the mullet. It gained popularity in the 80s but still maintained that popularity into the early 90s. However, the mullet-inspired style became extinct when people probably decided it didn’t look good on anyone, just like the original mullet.

This hairstyle was mainly championed by pop star Madonna.

This hair was wild and usually dyed many colors. This wild hair was a popular thing in the 80s but was also one of the 80’s worst hairstyles.

The curly look of the hair was obtained with the use of chemicals.

The chemically altered hair was turned into small, tight curls, and this item on our list of 80’s worst hairstyles became known as the perm.

Rocked mostly by the Afro-American folks, the Jheri curls were made popular by entrepreneur Cotrell.

The punk hair arrived with the assimilation of the gothic culture by young people and teens.

Teens and young adults expressed their style through the Gothic attires and the punk hairstyle, which was mostly long Mohawks and spiked hair that had been bleached and dyed various colors.

This hairstyle looks pretty much like it sounds — maybe a little worse. Imagine trying to make your hair look like a bird taking flight. Awesome, right?

Slicked down straight in the middle with mousse or gel, then sprayed up on both sides, like wings, the flock of seagulls hairstyle defied reason.

Blame Mike Score, lead singer of the synth-pop band Flock of Seagulls, who started the trend. No one perfected it quite like Score, but they sure tried. This hairstyle definitely belongs on the list of 80s worst hairstyles.

The high-top fade, also known as the MC and the Nib, became popular in the 1980s and persisted into the 1990s. Hip-hop artists made it a fad, with everyone from Jay-Z to Kid ‘n Play and the Fresh Prince of Bel Air doing the high-top.

If you think it’s bad on the guys, imagine the women who tried the style, like Grace Jones. It’s okay to shudder a bit. Perhaps its popularity was due to how easy it was to maintain.

Consider how difficult it is to make tight, dense curls do anything they don’t want to do. With the high-top, you just grew out the top so it stood nice and high, and shaved the back and sides. Trim it into an eraser shape, and you were styling with the ’80s hip-hop elite.

Who remembers the rattail?

It made a resurgence in the 1990s, but this truly awful unwanted offspring of the mullet was certainly one of the worst hairstyles at that time. Particularly popular with the male population, the rattail is exactly what it sounds like: a short cut with a long “tail” of hair extending from the back.

Some devotees of this style braided the tail and others dyed it bright colors, but everyone looked ridiculous.

Business in the front, party in the back and stupid all over. The mullet is a hairstyle that seems to linger. Defined by hair long in the back and cropped short at the front and sides, this hairstyle was worn by men and women and looked ugly on everyone.

However, there’s something to be said for the mullet’s versatility. Some people kept it conservative, with the hair reaching the shoulders and the front cropped close to the scalp. Others went wild, growing the back to great lengths and teasing the front to heights that defied the laws of gravity. This definitely is one of the 80’s worst hairstyles.

To say that hair in the 1980s was processed would be an understatement. This decade brought back the home perm, in which your friend or your mother used a home kit to give you the fuzziest, poodle-looking perm possible.

Short hair, long hair or already curly hair? It didn’t matter. Everyone did the perm. Included in this atrocity of fashion were the big bangs of the 1980s, teased and sprayed mercilessly to create sky-high bangs that could hold their ground in a hurricane.

Maybe there was something in the water back then that short-circuited the part of our brain that said, “This looks ridiculous.”

Wait. It was probably the chemicals in all the hair products needed to achieve ’80s rock band hair. Women carried cans of hairspray just in case their hair dared to move, but the ladies weren’t the only ones guilty of this style choice. Men, primarily hair band rockers, also adopted this hairstyle, with higher, poofier results.

Miami Vice was a popular NBC TV show that ran for 6 years in the 1980’s. Throughout the show’s run, there was one hairstyle that stood out and that was the actor Don Johnson’s do.

He had long puffy blow-dried back hair that made the hairstyles in the 80’s more iconic.

The 80s hairstyle became famous when the character, Stephanie Tanner, on Full House wore it on a few episodes.

Even though the side ponytail was popular, doesn’t mean it makes the style okay!

Texture hair was popular back in the 80s. The crimped hair was just frizzy and it was not really good looking.

Thank goodness this trend went away.

The wedge haircut was one of the most famous cuts during the 80s because all of the stars would had it.

Unfortunately, it looks like a stylish version of the bowl cut, it just has more layers!

Imagine a permed mullet? Well, this was popular in the 80s because it’s a mullet and a perm in one hairstyle.

Every single man and woman loved it!

This headband-style was another big and wild style.

It’s like all of the stars were wearing it on TV shows or movies.

The bigger the bangs, the better.

The whole point was to have thick hair and bangs that you can hairspray together so it would not move out of place.

Not just any mohawk, but a mohawk style that had curls on top.

The rolling curls give the classic look of a 1980’s hairstyle.

Remember permed hair? Well, it takes a few hours to get it to me this look, but the hair gel with the tease definitely helped!

The bigger the hair, the higher the goals!

The 80s was a time that the punk theme became popular.

The wrap is tied into a bow and completed the look.

Barrettes aren’t that popular anymore but in the 80s, they had ribbons on them!

People loved to match the ribbons with outfits.

The bigger the rollers on your head, the better.

First, there was a hot roller, then you would cool down your hair and tease it with hairspray to get this amazing look!

The French Braid was very popular back in the 80’s because you would make the braid big, like hair was in the 80’s.

You would also hairspray it together so it wouldn’t move for days.

This style is considered a low-maintenance back then.

There is no need for hairspray.

We talked about the side pony at top, but then the evolution of this grew into the partial pony.

One part of the hair was up, while the other was down.

Sarah Jessica Parker rocked her curls in the 80s.

She had the same hairstyle in the movie Footloose.

For some reason, a big style in the 80s was to always look like you were on the way to the gym.

It was mainly because of these headbands.

This a great style if you are looking for high drama.

That’s what the 80s were filled with.

Tired of looking at the worst hairstyles? Click next to read about the top fashion trends making a comeback.