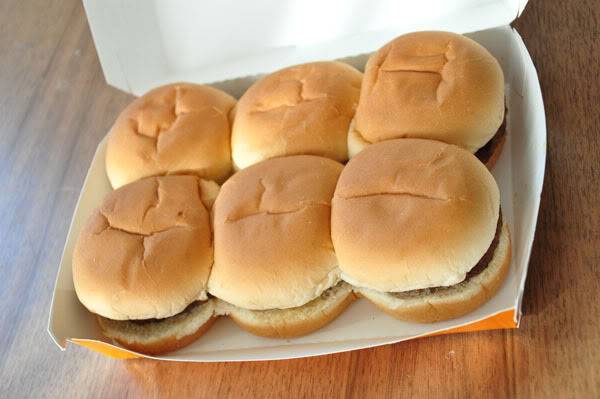 Junk food snacks are supposed to get rid of that rumbling in your belly just until you have time to sit down for your next meal. Sadly, though, some fast food restaurants offer snacks that have enough calories and fat to make it seem as if you’re eating a meal. These 10 snacks are some of the worst offenders on the menu. Steer clear!

Here are the top 10 worst junk food snacks that are dangerously delicious:

Let’s be honest; the idea of consuming balls of fried sugar dough filled with sugar sauce for breakfast is too good to be true. And if the idea of getting a Cinnabon-type item from Taco Bell isn’t enough of a red flag, this ingredient list filled with multiple trans fats might.

With an ingredient list longer than most novels, these doughy gut bombs are best avoided. Stick with some dark berries and a pasture-raised egg and spinach omelet in the morning. Your stomach will thank you.

Remember when your social media feeds were infested by Starbucks’ cotton candy-colored, glitter-topped unicorn frapp? How could we forget?

Good thing this freak shake was only offered for a limited time, because no amount of likes is worth almost 60 grams of sugar!

Craving that classic cookies-and-cream flavor? The last thing you should go for is this DQ Blizzard.

Onion rings: America’s way of turning an ultra-low-calorie and virtually fat-free veggie into a smorgasbord of unhealthy gooiness. A moderate-size order, around eight to nine rings, gives you about 340 calories.

You’ll even get close to 21 grams of fat to top it off. Love ketchup? Dipping your crispy fried onion rings into a pile of ketchup tacks on another 30 calories from just four of those teeny packets.

Sure, it’s hand-spun with vanilla soft serve and nostalgic Cinnamon Toast Crunch cereal, but did you notice the outrageous amount of sugar in this shake? If you thought the Unicorn Frappucino was bad, BK managed to outdo Starbucks by sprinkling almost double the amount of sweet stuff into this beverage.

Not to mention, the milky disaster somehow manages to pack in half a gram of artery-clogging trans fat.

We totally understand the excitement: Nothing screams “fall” more than pumpkin-flavored everything. But this ring-shaped treat packs in a button-busting amount of calories, sugar and fat with negligible amounts of protein and fiber.

This is one of unhealthiest junk food snacks. You can do better for breakfast.

Nearly an entire day’s worth of calories and a whopping 71 grams of low-quality fat get backed into a paper cup here.

Those baby-size burgers seem harmless enough, right? Don’t be fooled by the snack-size version of the cheeseburger. One slider has roughly 340 calories and nearly 22 grams of fat.

Suddenly your mini burger isn’t so guilt-free after all. If you’re really craving this pint-size version of the American classic, at least ditch the cheese. By doing without a 0.5-ounce slab of cheese, you’ll shave more than 45 calories and 3.5 grams of fat.

Some nachos are piled high with meat, beans and diced veggies. Clearly, these cheesy chips are designed to be entire (unhealthy) entrees. However, those little snack-size nachos with nothing but cheese on them are almost equally, alarmingly terrible for you.

A small 4-ounce portion with six to eight chips has almost 350 calories and 19 grams of fat. This tiny snack-size version of nachos is enough to bulk up your waistline, although it’s probably not big enough to hold over your appetite.

1.) Jack in the Box Cheese and Bacon Potato Wedges

You can repeatedly tell yourself that potatoes are a veggie and must be good for you, but when you deep fry them, coat them in cheese and sprinkle them with bacon bits, their nutritional value goes out the window. A drive-through side dish of cheesy, bacony potato wedges has an astounding 760 calories—more than you should probably eat for an entire meal.

As a bonus, you’ll get about 52 grams of fat. Keep snacking on these and you’ll move up a pant size in no time.

If you enjoyed this article, check out Bizarre Food Combinations That Are Actually Delicious and Grab These 5 Food Apps That Will Totally Change The Way You Eat