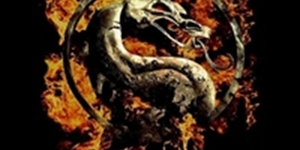 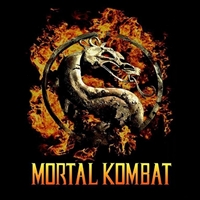 Image Credit: Fanpop.com
Translating a concept from one medium to another is no small feat, especially when that creative journey involves making the leap from video game to the big screen. Many have tried, and even more have failed (looking at you Double Dragon), but along the way there have been some worthwhile efforts (not looking at you Street Fighter). Without a doubt, here are the very best in pixel to celluloid adaptations.

Yes, it threw away nearly everything about the most famous title in video game history. Yes, the two main characters weren’t even brothers. And yes it was a monumental box office flop, but still there’s something to be said for being the first live-action video game adaptation. Not unlike the multiverse wherein the movie’s plot takes place, somewhere in another dimension this Bob Hoskins/John Leguizamo joint did amazing and gave later filmmakers the opportunity to commit tons of resources to video game material. Gradually, (still in this other dimension), filmmakers predicted how cinematic video games would become in their own right, and stopped trying to create stupid reasons for pre-existing premises, instead letting the built-in audience love carry the property. Alas, this is the real world, and Super Mario Bros. did none of this, but still — video game or not, it’s one nutso viewing experience and deserves the fifth spot.

Okay, so this sucker flitted and darted around the video game storyline like a drunken hummingbird — even creating a main character that appears nowhere in the games, but the outcome was still pretty awesome. It’s hard to throw shade down too hard on a movie that features a macabre comic beat revolving around a super-soldier getting sliced into cubes by a laser booby-trap. Plus it was rated R! Whereas the original Capcom title put players in the shoes of Raccoon City police officers squaring off against zombies, this film dove headlong into the mythology of the Umbrella Corporation making stops for the undead and genetically altered mutants along the way. This receives fourth place for being the only video game adaptation to expand the universe of the original franchise and become successful on its own terms.

3 Final Fantasy: The Spirits Within

Hey look, it’s the record holder for most expensive video game-inspired film ever made ($137 million!). This is technically an independent story set within the world of Final Fantasy, but that pretty much goes for a lot of the sequels anyway. The story itself was a bit of a snooze (something about alien ghosts), but Fantasy’s lasting contribution was the creation of Aki Ross — a photorealistic creation meant to be the world’s first virtual actress (that is until Square Pictures went belly up). Furthermore, it was a rare effort wherein Final Fantasy series creator Hironobu Sakaguchi actually got to write and direct the film, an honor that was promptly snatched away after the film went way over budget and failed to impress the masses. Still though, it was a very big step in the right direction and deserves to be in the winner’s circle.

Though CGI was still finding its own clunky way, the real hotness of Angelina Jolie and her skin tight wardrobe more than made up for any visual artifice in this movie. Still holding the record as the highest-grossing film adaptation of a video game in the US (third worldwide), Tomb Raider gets runner up here for middling out on story. There’s a coveted doomsday artifact, a mysterious set of enemies in the Illuminati, and plenty of ancient temples, but rather than make these concepts its own, the film expected viewers to do the heavy lifting. It could have easily functioned as a story for one of the video game installments but without audience interaction and a (yawn) PG-13 rating, Lara Croft: Tomb Raider didn’t quite live up to its potential. But aside from all that haterade, it was a perfect example of how much can go right when A-list talent mingles with successful gaming. Also, where else are you going to see Angelina Jolie doing “bungee ballet.”

Where most video game films go wrong is in attempting to shoehorn in a broader explanation for all the wackadoo goings on between the characters and whatever crazy environment they find themselves in. Mortal Kombat smartly kept the backstory to a minimum, with a plain and simple intro sequence that explained why the likes of Johnny Cage or Sonya Blade were even headed to the mysterious island tournament in the first place (publicity and revenge, respectively). This cleared the way for smaller stories built into the framework of a tournament setting, resulting in minimal dialogue and maximum fights. Yes, there was all this fantasy nonsense about the Outerworld invading the Earthrealm (which is built into the video game concept), but there’s a reason why this film cleaned UP at the box office and also took the top spot. Also, Scorpion vomited fire.

Why there still hasn’t been a Megaman, Contra, or Metroid video game, the world may never know (or even a Double Dragon reboot), but as far as what is out there, the preceding group makes up the very best. Don’t see it this way? Fine, cook up a better list, but chances are it’ll suck ass.