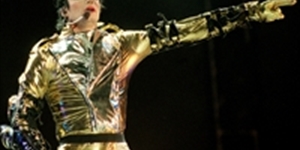 Michael Jackson, also known as the King of Pop, entertained a global audience with his catchy songs, slick dance moves and flashy stage shows. An original member of the Jackson Five, MJ broke out of the heavy bonds of Motown management to embark on a spectacular solo career. Many unlikely legends have popped up around the singer since his death in 2009—but a few strange and startling factoids happen to be true.

Jackson’s Mijac Catalog, which was established in 1980, owns music by Sly and the Family Stone, Ray Charles, Aretha Franklin and the Beatles. At the singer’s death, Sony bought the rights to the catalog and Jackson’s own music, a total of 50,000 tracks, for $250 million, and announced plans to roll out 10 posthumous albums. The Mijac Catalog is still intact, as of 2013, and is administered as a joint venture between Sony and the Michael Jackson estate.

4 The Prince of Pop

The Agni people of Ivory Coast proclaimed Michael Jackson a prince of their land in 1992, after the singer paid the West African tribe a short visit. On Jackson’s death in 2009, the Agni held a royal funeral and requested the delivery of the body to Ivory Coast for a formal burial. The Jackson family turned down the request, interring Jackson instead in the Great Mausoleum of Forest Lawn Cemetery in Glendale, California.

Michael Jackson had the biggest audience of his life on the day of his death. Shortly after the singer breathed his last on June 25, 2009, a gigantic spike in traffic nearly seized up the Internet, crashing Twitter, TMZ, Yahoo! and the AOL Instant Messenger service. The news brought 20 million pageviews to CNN.com within an hour and inspired 500 individual page edits to the Michael Jackson entry on Wikipedia within 24 hours.

2 First Man on the Moonwalk?

The almost-patented Michael Jackson moonwalk went public for the first time on March 25, 1983, when the singer briefly and expertly executed the backsliding steps while singing “Billie Jean” at the Pasadena Civic Auditorium. The occasion was a Motown 25th anniversary special performance, taped and later broadcast on NBC. Jackson wasn’t the first performer to moonwalk, not by a long shot. The move was also mastered by tap dancer Bill Bailey, singer James Brown and a Soul Train dancer named Jeffrey Daniel, who passed the moonwalk knowledge personally to Jackson.

Michael Jackson holds a patent as the inventor of the Anti-Gravity Dance Shoe, U.S. Patent Number 5255452. Created in 1992, the boots allow a dancer to anchor himself to the floor on a peg and lean forward, way past the natural center of gravity. The anti-gravity shoe appeared in use during the live “Smooth Criminals” number; for the video, the dancers used suspension cables. 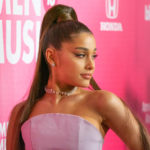