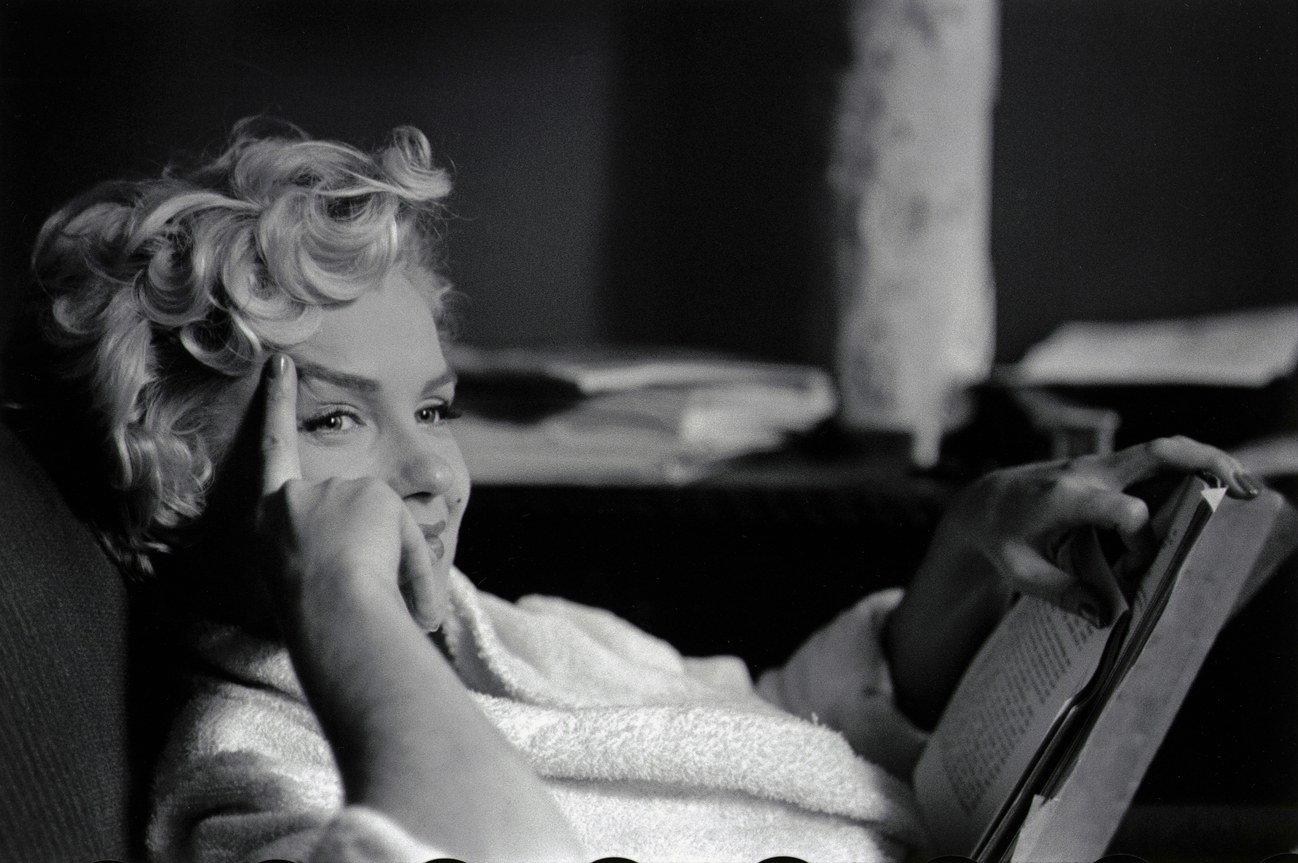 Marilyn Monroe, one of the most famous sex symbols of all time, is somewhat of an open book. Most people know, for example, that the glamorous name was not really hers; it was really girl-next-door sounding Norma Jeane Mortenson (later Baker)—definitely not as hot — and that she was not a natural bombshell blonde (she had brown hair). Most people also know that the cause of her death at age 36 was ruled a drug overdose. But there is more about this complicated woman that you might not know. Some of these Marilyn Monroe facts might surprise you.

When she was 26, Monroe told Pageant magazine what she typically ate in a day. She used a hot plate in her room to warm a glass of milk she whipped two raw eggs into. Apparently, no one seemed to get salmonella back then.

She skipped lunch. For dinner, she would broil some type of meat, such as liver, lamb or steak and have a few raw carrots on the side. She let herself enjoy one meal, however: dessert. She was fond of hot fudge sundaes.

It seems that Monroe had an interesting relationship with food. Shelley Winters, who once was Monroe’s roommate, says she once asked the actress to wash lettuce so they could have a salad for dinner. When she walked into the kitchen, Winters found Monroe washing each lettuce leaf with a Brillo pad.

9.) Her First Marriage Was Arranged

Monroe was in and out of foster homes and the guardianship of various family friends. At 15 years of age, Monroe had been staying with a family friend, Grace Goddard, but the Goddards decided to move to West Virginia and couldn’t take Marilyn (then Norma Jeane).

If she didn’t get married, Marilyn would have been sent to an orphanage. The 20-year-old neighbor, James Dougherty, was the solution to her problems. Five years older than Marilyn, he was any girl’s dream. In high school, Doughtery had been the captain of the football team and president of the senior class.

Even though Marilyn was young (they married less than a month after she turned 16), Doughtery said that “we got on pretty good.” They were married four years.

8.) Marilyn Didn’t Agree to Be the First Playboy Cover Girl

One of the most surprising Marilyn Monroe facts that people learn is that she didn’t sign up to be featured on Playboy. Hugh Hefner believed that Marilyn Monroe was “more powerful and in control nude than clothed.” She was on the cover of the magazine’s first issue in 1953. But few people know that Monroe never signed an agreement to be on or in the Playboy.

In 1949, she hit a point where she desperately needed money. She posed for Tom Kelley, a photographer, for only fifty dollars. Four years after that photoshoot, Hefner purchased the photographs from Kelly for five hundred dollars.

Marilyn held a lifelong quest for knowledge. Her bookshelf is said to have been exceedingly impressive. When she died, she owned more than 400 volumes.

Once a director saw her reading Letters to a Young Poet by R.M. Rilke. The director asked her why she picked that particular book. She told him that she would visit the Pickwood Bookstore on Hollywood Boulevard when she had nothing else to do. She would open random books to find a page or paragraph she liked. When she found something that interested her, she would buy the book. “Is that wrong?” she asked the director.

Loads of people in Hollywood during the 1950s and 1960s were on the FBI’s watchlist for suspicion of being a communist. Surprisingly, one of them was American sweetheart Marilyn Monroe.

Monroe might have been on the left politically, but there is no evidence that she was a communist. Marilyn Monroe Productions, her own production company that she formed in 1955, was investigated by the FBI. Even though the FBI suspected that she donated to communist interests through her company, the FBI didn’t find any evidence. This is one of the Marilyn Monroe facts that no one can be sure about.

5.) She Was Truman Capote’s First Choice for Holly Golightly

Even if you’re up on your Marilyn Monroe facts, you might not know that Monroe could have been in a famous classic movie. When Hollywood bought the rights to the story of Breakfast at Tiffany’s, director Truman Capote wanted Marilyn Monroe to play the lead role Holly Golightly. Marilyn even worked with him on two scenes, leaving Capote to claim that, “she was terrifically good.”However, Monroe’s acting coach and advisor didn’t like Holly Golightly’s character. They felt that she wasn’t the kind of character that would best suit Marilyn. In the end, she didn’t take the part.

Capote wasn’t happy about not getting Marilyn to play the part, and he certainly didn’t like Paramount’s choice in Audrey Hepburn, saying that Paramount double-crossed him to cast the other actress.

In a list of Marilyn Monroe facts, we can’t neglect to talk about some of her famous weaknesses. Monroe was habitually late for appearances on various movie sets, interviews and press conferences. A possible explanation could be Monroe’s insecurity about her acting abilities. Monroe reportedly suffered from debilitating anxiety that would be severe enough to make her physically ill.

Monroe was also the butt of a scheduled joke before her famed “Happy Birthday Mr. Pre-si-dent” rendition for John F. Kennedy. When Monroe was announced to appear on stage, the spotlights panned to an empty spot. After the laughter died down, Monroe came out to sing.

Famous American jazz singer Ella Fitzgerald was originally turned down from her desire to perform at the Mocambo, a very popular nightclub in the ’50s. The owner Morrison had refused her due to her race. However, Marilyn was a huge fan of Fitzgerald and promised to be in the front row of Fitzgerald’s performances every night if she were to play at the Mocambo. Monroe told him that the press would go wild with her attending every night because of her superstar status.

Morrison agreed, and Monroe lived up to her end of the bargain. This helped Fitgerald soar in her career. She never had to perform at a small jazz club again. “She was an unusual woman—a little ahead of her times,” Fitzgerald said about Monroe,  “And she didn’t know it.”

2.) She Had an Unstable Childhood

Monroe never knew who her father was. Her mother starting displaying mental health problems before Marilyn was even more. Her mother suffered postpartum depression and stabbed a co-worker with a knife. Monroe’s grandmother also suffered from mental health issues and tried to kill Monroe with a pillow when she was only a baby.

For a few years, Marilyn was raised by a neighbor or spent time with family friends. But Monroe’s childhood was mostly spent in various foster homes, in some of which she had to endure sexual assaults. This may be one of the saddest Marilyn Monroe facts, but this background helped Monroe become the person she was.

Monroe had a relatively uncommon condition called synesthesia. This condition is a kind of sensory or cognitive fusion. Synesthesia makes things heard, felt, smelled, seen, or tasted stimulate a different sense. For example, music can be heard or food tasted in colors.

Monroe’s first husband, Jim Dougherty, said that sometimes she would serve just carrots and peas because she liked the way the colors looked. He said, “She is like a lover of rock who sees vibrations when he hears sounds”.

Did you know about any of these Marilyn Monroe facts? Share your favorites with your friends, or continue reading more interesting facts about celebrities.