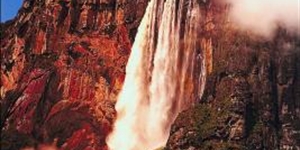 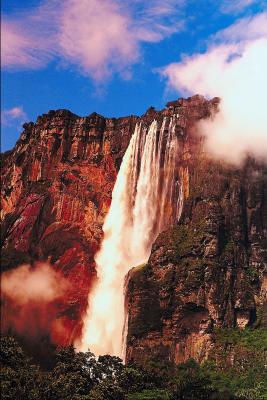 Jupiterimages/Photos.com/Getty Images
They’re geological features, so you’d think waterfalls and their height would pretty much be fixed, right? Not so. Those among us who are obsessed with waterfalls sort them, measure them and rank them in any number of ways—tallest, widest, loudest, prettiest—and then argue with others who do the same. Although the tallest waterfall on Earth is pretty well agreed upon, the exact measurements, and even names, of the cascades that follow continue to be a source of contention. 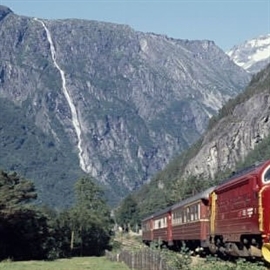 Fed by snowmelt and glacial runoff, the world’s second tallest free-falling waterfall—that is, with a vertical drop of at least 85 degrees—is Norway’s Kjeragfossen. This cascade is seasonally variable, but at its highest volume plunges a near-vertical 2,345 feet into the Lysefjord of southwest Norway. Other falls may have greater overall height, but the drama of a free-falling cascade nearly half a mile high is a spectacle unrivaled anywhere outside of Venezuela. 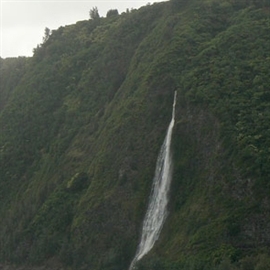 Boasting the second highest single drop on earth—only 50 feet shorter than Angel Falls’ longest freefall—Waihilau Falls, on the eponymous island of Hawaii, plunges 2,600 feet off a cliff wall in the remote Waimanu Valley. Nearby are three other cascades with drops of more than 1,000 feet, making the difficult hike into the valley a rewarding experience for the intrepid. 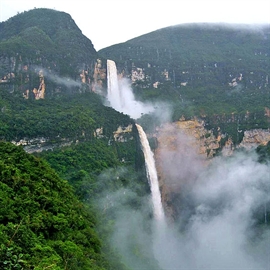 After Salto Angel and Tugela Falls, Las Cataratas Tres Hermanas, or Three Sisters Falls, in Peru, is the only other member of the 3K club. With bragging rights to an overall elevation drop of 3,000 ft. on the nose, Tres Hermanas is a series of tiered falls that carry an unnamed jungle stream off an Andean plateau and into the Cutevirini River below. 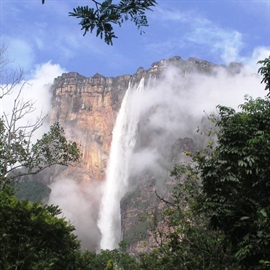 South Africa’s Tugela Falls is second in overall height. The Tugela River loses 3,110 ft. of elevation as it takes five consecutive drops out of the Drakensberg Mountains in Kwazulu Natal province. Despite a massive overall height, the falls’ tallest single drop is a mere 1,350 ft. on its second cataract. 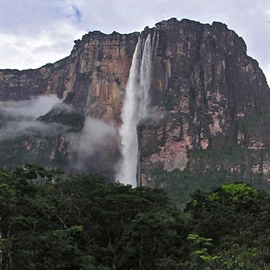 I bet you thought the tallest waterfall in the world would be Venezuela’s Angel Falls. Well, you’re right. Except the official name of the cascade most often referred to as Salto Angel is Kerepakupai Merú. It’s called Angel Falls after surveyor Jimmie Angel, who crashed his plane on top of the tepui, a kind of mesa on steroids, from which the cascade plunges. With a total drop in elevation of more than 3,212 ft., it is the tallest waterfall on the planet. Some purists, however, argue that it should be measured differently. Its uninterrupted drop is “only” 2,648 ft.; and it’s total overall height currently includes a couple of smaller cataracts downstream of the primary cascade. No matter how you look at it, though, a half-mile is a long way for water — or anything else for that matter — to fall. And Angel Falls is the undisputed “tallest” in each of the three ways that the World Waterfall Database categorizes the superlative.