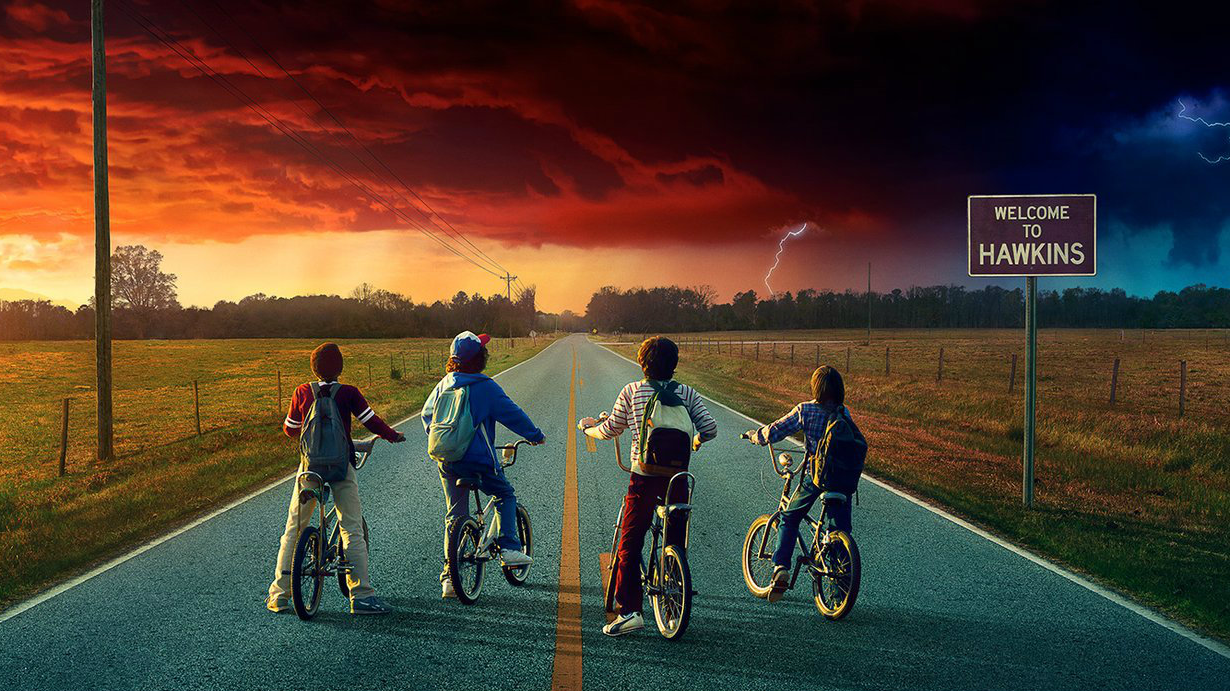 If you haven’t seen the hit Netflix horror series Stranger Things, you are seriously missing out. The ’80s-inspired show quickly built a following with people all over the world since it came out last year.  Fans are counting down the days until the start of the next season.  If you are a huge fan of the show, you’ll want to try your hand at creating a Stranger Things Jack-O’-Lantern for Halloween this year, and we’ve found the coolest patterns to help you get started. 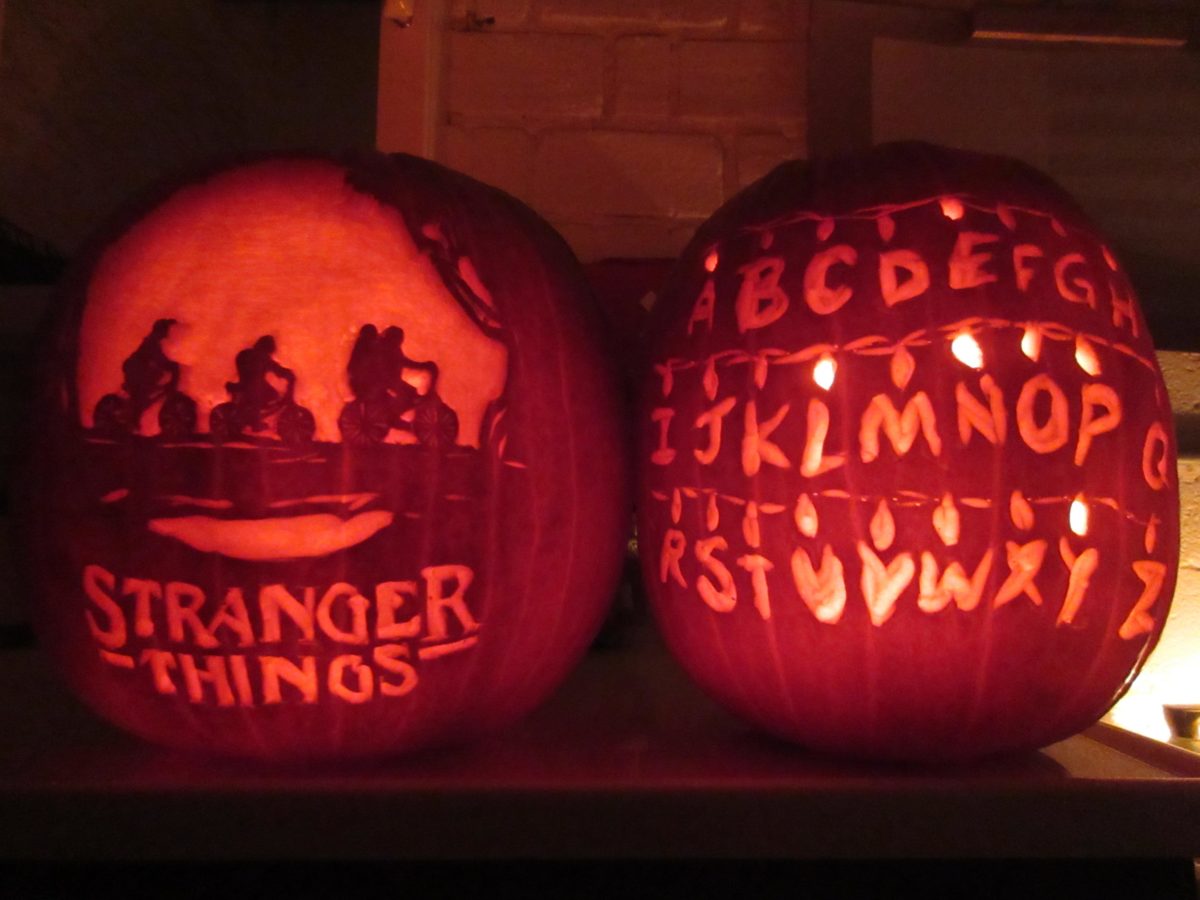 Recreate the show’s iconic alphabet wall on your pumpkin. Download the pattern or create one of your own. Cut out the letters and draw the design on your pumpkin using an ultra-fine point permanent marker and transfer paper. Then, carve the design into the pumpkin using a professional pumpkin carving tool. Place a couple of LED tea lights inside the Jack-O’-Lantern. 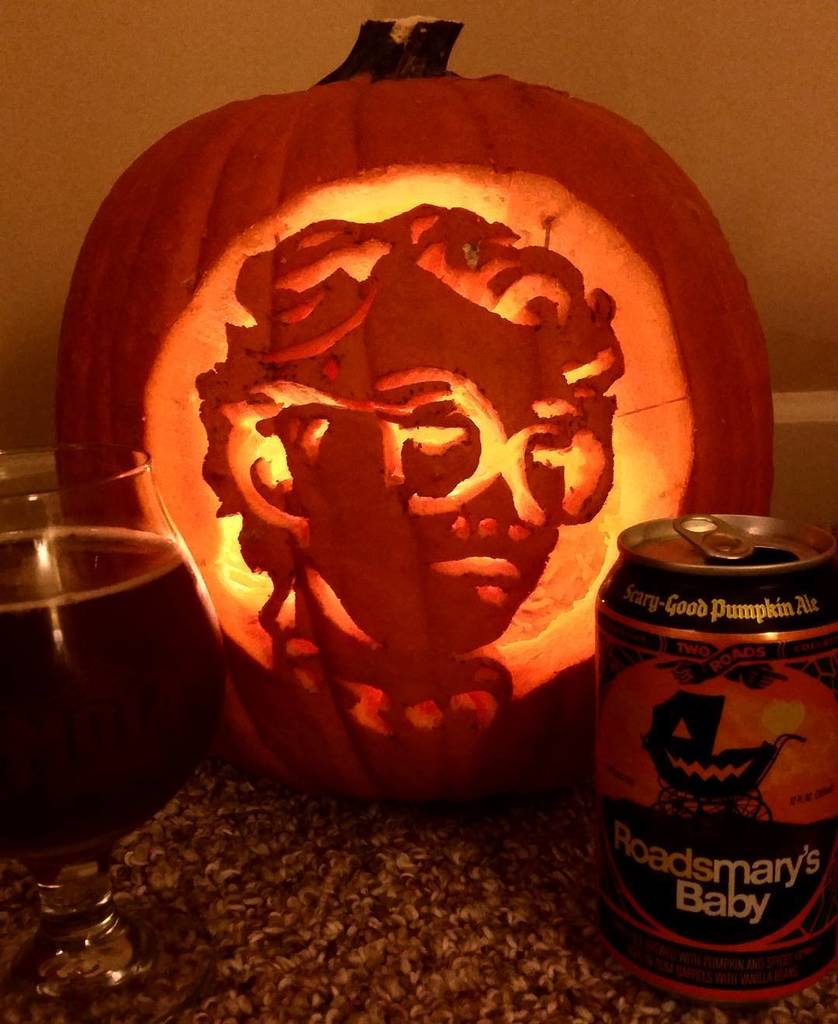 Barb is one of the favorite characters of Stranger Things’ first season, before she met her untimely death. Immortalize her this Halloween by trying your hand at carving a “Barb” Jack-O’-Lantern. You’ll want to download and print out this Barb stencil pattern. After you have cut out the pattern, trace it onto the surface of your pumpkin. Use an X-ACTO knife to carve the design out. Lastly, you’ll want to use indoor/outdoor tea light candles to illuminate your Jack-O’-Lantern. 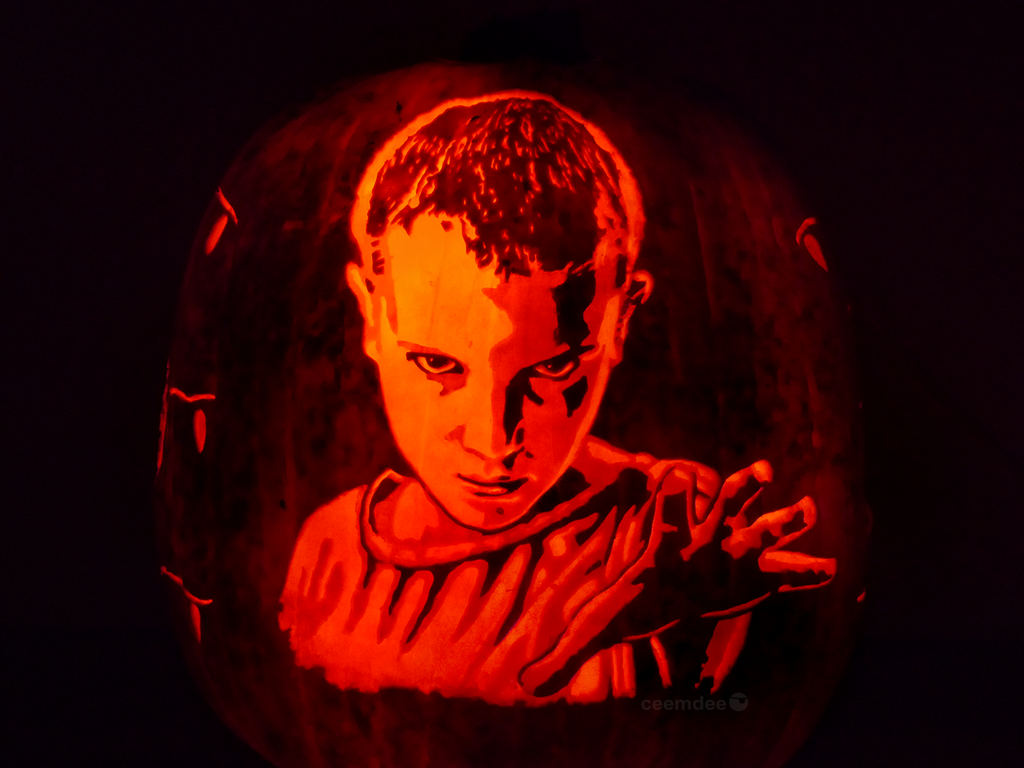 Eleven is probably the most recognizable character from Stranger Things. The telekinetic 12-year-old surprised fans throughout the season. Now, you can surprise guests at your home with an Eleven pumpkin carving. Start with a good-sized pumpkin. Then, cut the crown off the pumpkin with a sharp, serrated utility knife. Next, scoop out the insides of the pumpkin. This handy pumpkin-carving kit from Amazon comes with an ergonomic scooper as well as the other tools that you will need to carve the design. Use this stencil for the design. After you have traced the outline into the pumpkin, carve it out, and you are set. 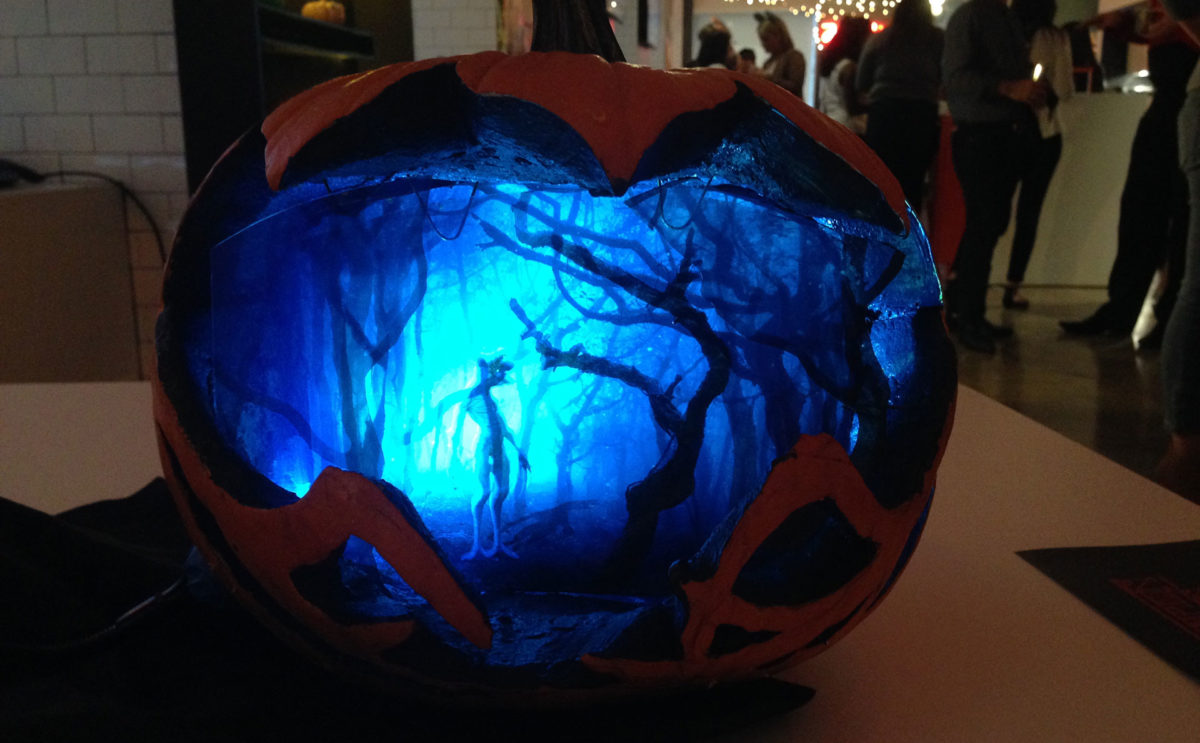 During the final episode, fans finally learn all about the Upside Down. Carve your own Upside Down Jack-O’-Lantern with this simple pattern. After you have cut the crown off the pumpkin, clean out the inside of the gourd using a Pumpkin Scoop Tool. Then, trace the pattern onto your Jack O’ Lantern. Carve the design onto the pumpkin and insert LED Pumpkin Lights. 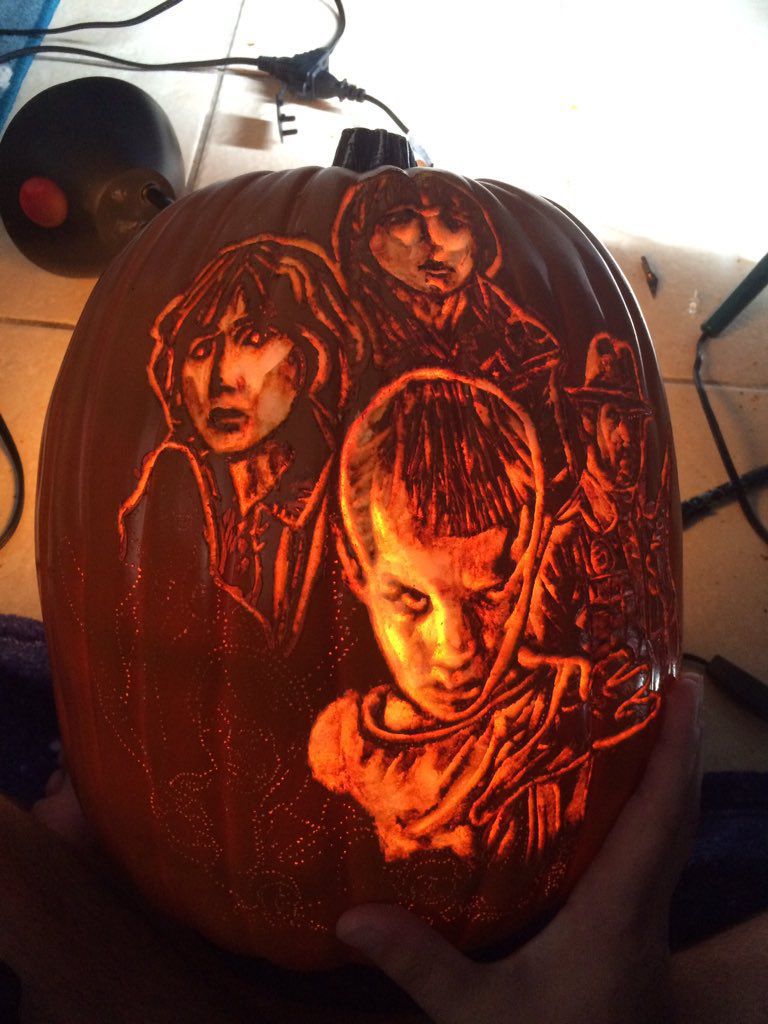 The Stranger Things squad is one of the coolest friend groups to hit Netflix. They are the kind of group that we all wanted to belong to growing up. Use this stencil to create the squad on your Jack O’ Lantern. Find a large pumpkin, and draft the design on the side of the pumpkin using a fine-point Sharpie. After you get the design drawn, cut it out using stainless-steel carving tools. Finally, put a couple of Flameless LED Candles inside the Jack-O’-Lantern and you are finished.

Wanna really impress your friends and family with your Stranger Things Jack-O’-Lantern? Check out our Top 5 Tips On Carving A Pumpkin Like A Pro.