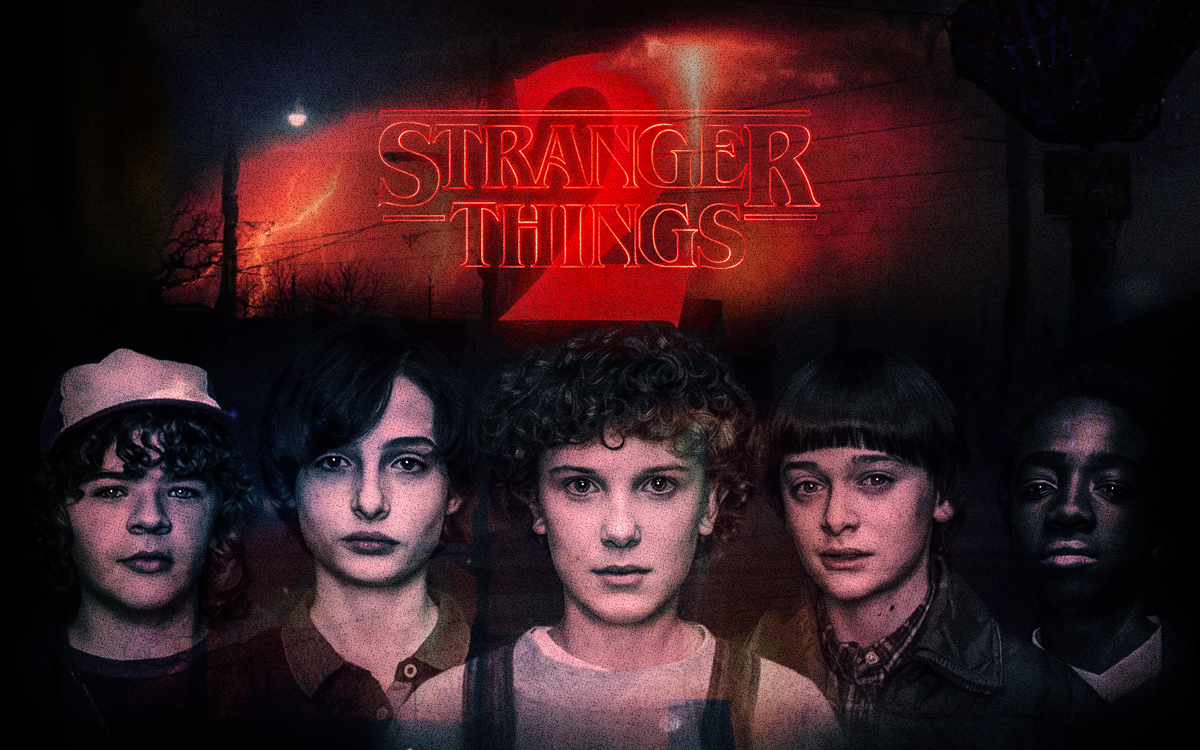 After over a year of waiting, everyone’s favorite Netflix gang is back and ready to take on the Upside Down. Stranger Things 2 has been out for two weeks now, meaning viewers have had over a week to digest the season’s nine episodes.

Season One left off with a cliff hanger of sorts, alluding to the fact that Will was still in the clutches of the Upside Down. There were a bunch of other rumbling storylines to revisit too, like would Joyce and Hopper finally get together? Why did Steve get the girl and could he keep her? Would Eleven and Mike ever make it to the school dance?

Season Two’s arrival gives a little more clarity on that plot-lines, plus plenty of memes. (Can we talk about how Steve babysitting memes have rightfully engulfed the internet post-premiere?) Well, what we’re actually going to talk about is boiling down the season’s Top 5 moments. There were definitely some highlights, including the introduction of Lucas’ younger sister who gets honorable mention.

Let’s be honest. As great a guy as Bob was, he was also a little much. From those opening scenes, it was easy to hold a lot against him. From his overeagerness in general to the simple fact that his presence was a factor in keeping Joyce and Hopper divided, he was the most likable unlikable character.

But over the season, you saw his eagerness less and less as something annoying and more and more as an asset awe in point: him risking his life to save everyone in the hospital. One of the most fun things about Stranger Things is playing spot the references, and the way he went down with the demodogs was straight out of Jurassic Park. I mean, Hopper even quotes Jeff Goldblum’s dinosaur plagued character during the sequence…

Nancy ending up with Steve last season was frustrating, to put it lightly. Creators the Duffer Brothers said they made the choice to reflect reality, and while it’s true the good guy doesn’t always win and that Steve did in fact redeem himself by season’s end, it woulda still been nice to see them wind up together.

Thankfully, the audience finally got to see the two pair up romantically in the sixth episode, “The Spy.” While meeting with the private detective, they found themselves drunk on Russian vodka and in separate sleeping quarters, but they didn’t stay apart for long. Set to the sound of the show’s signature synths, they came together like magnets in the middle of the night in a super cute way.  Tension rewarded.

As mentioned above, Stranger Things 2 has already spawned a bunch of memes, and one of the best is Hopper’s dancing. In the show, he snaps his fingers and does a relaxed twist (if that’s what we can call it) after putting on “You Don’t Mess Around with Jim” by Jim Croce on vinyl while Eleven rightfully cringes.

Thanks to Twitter, you can now see him boogieing down to the sounds of Hall and Oates‘ “You Make My Dreams,” or pop up in a scene in Pulp Fiction, Outkast’s “Hey Ya” video or even share the stage with Beyonce and her “Single Ladies.”

Sure, the scene was cute in the context of the show, but its true value has been for the meme explosion it inspired. Also, Chief Hopper should stick to his day job. Dancing isn’t really his strong suit. It makes sense that he’s now an official dad to Eleven because he definitely has the dad moves down.

As Nancy told us (or rather tells Jonathan) in Season One, her mom just kind of happened to wind up in such a hapless relationship. So no wonder she wants to escape into fantasy thanks to romance novels.

In the final episode of the season, we see her in the bathtub, reading a trashy romance novel when the doorbell rings. Over and over. Good for nothing dad Ted Wheeler doesn’t get it, leaving Mrs. Wheeler to raise herself from the tub, put on a robe and answer the door herself. And who’s there waiting? Big baddie Billy in perhaps his most charming scene.

The chemistry and flirtation between the two disparate characters almost makes Billy seem like a worthwhile addition to the season. Here’s hoping the tension carries over into Season Three, and we get a little more of the deserved connection between the two. After catching a glimpse of his parents, it’s clear Billy could definitely use some better adult role-modeling.

In a nice nod to Season One, we get treated to the reality that Mike and Eleven finally make it to the Snowball in the season’s final scene. Do they know how to dance? No, but they’ll figure it out together.

Set to the tune of “Every Breath You Take” by the Police, Eleven and Mike head out onto the dance floor with eyes only for each other. Did Season Two establish and set the scene — and kiss! — up as an essential plot-line reward? Not necessarily, but that didn’t make it any less adorable. Sure it’s a middle school romance, but it’s so easy to root for these two. There’s nothing better than puppy love.