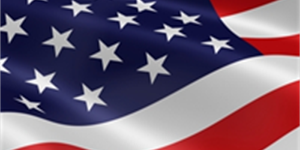 It happens for every major patriotic holiday: Practically every music and entertainment site on the Internet publishes a “Best Songs About America” list each year. These articles almost uniformly list the same songs each time: Bruce Springsteen’s “Born in the U.S.A.,” Woody Guthrie’s “This Land Is Your Land,” Simon and Garfunkel’s “America” and David Bowie’s “Young Americans.” Sure, those are great songs, but some great songs about America don’t usually appear on all the other lists.

Alternative country singer-songwriter Earle has had a very uneven career—one marked by personal turmoil and even a couple of truly terrible albums. This Emmy- and Grammy-nominated song is by far his most haunting composition. Earle wrote this simple love letter to post-Katrina New Orleans for the 2010 season finale of HBO’s “Treme.” On KEXP Radio, Earle called the city “The musical heart of America.” The song is both heartbroken and defiant; it opens: “This city won’t wash away/This city will never drown/Blood in the water and hell to pay/Sky tore open when pain rained down.” The simplicity belies the song’s power. It will make you weep.

4 Gil Scott-Heron — “The Revolution Will Not Be Televised”

Gil Scott-Heron was a multi-instrumentalist, soul singer, jazz musician and spoken word performer whose multi-genre work profoundly influenced hip-hop—and was a direct precursor to rap. The song was released in 1970 and became an instant classic. Though a range of American social movements turned the title into a bumper sticker slogan for decades, the spoken-word song was really about what it would take for black people to escape some of the shallow contrivances of popular culture and achieve meaningful liberation in America. “Black people will be in the street looking for a brighter day,” the song went, “The revolution will not be televised.”

“A Change Is Gonna Come” was written and recorded in 1963 shortly before Cooke’s death. It was not a huge commercial success when it came out in 1964, although it quickly became an unofficial anthem of the Civil Rights Movement. The song was inspired by a meeting with sit-in demonstrators in Durham, North Carolina. Its serious subject matter and gospel-style vocals marked a departure from Cooke’s earlier pop hits, like “Cupid” and “Another Saturday Night.” Both world-weary and hopeful, the song perfectly captures the contradictions between American reality and American ideals.

It is tough to imagine anyone ever singing “Fortunate Son” as well as songwriter John Fogerty did as front man for 1960s band Creedence Clearwater Revival. Everyone from Springsteen to Cat Power has covered the song, but Fogerty’s gravelly, piercing vocals are exactly right for the blues-infused protest anthem. It was inspired by Fogerty’s rumination on President Dwight D. Eisenhower’s son David—and his sense that a wealthy politician’s son would never be drafted for the Vietnam War. Popularly understood as an anti-war anthem, the song is really about how lower economic class can limit opportunity in America.

“Strange Fruit” highlights Holiday’s unmatched vocals at their finest and most powerful. Billie Holiday first performed the song—written by teacher Abel Meeropol—in 1939. Centering on a lynching in the South, the song was unprecedented for its time, and Holiday’s emotive style of singing remains as affecting now as ever. New York politicians disapproved of the song and called Meeropol to testify before a Joseph McCarthy-style committee that thought the American Communist Party commissioned the song. The Party turned out not to be involved, and the song has lived on as one of the greatest and most important American songs of the 20th century. 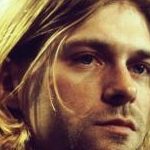