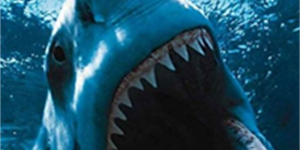 A number of sea creatures have served as the villains, and occasionally the protagonists, in films. However, no water animal gets the attention of film fans more effectively than the awe-inspiring shark. The trick for elite directors, film crews and actors is to tell a compelling story when an animal plays a starring role.

Released in 2012, “Bait” is the most current of the great shark movies. From director Kimble Rendall, the film starts with a unique premise of a tsunami along coastal Australia. Several people become trapped in a grocery store with a great white shark even more menacing, thanks to enhanced graphics, than Jaws. Despite a lack of star power, this film is rich in action, intensity and horror.

Directed by Chris Kentis, “Open Water” is a 2003 drama-thriller shark film. What makes this movie unique from others in the category is that it is based on true events. This adds to the already riveting nature of a story about two scuba divers stranded in shark-infested waters after their tour boat accidentally leaves without them.

Sharks rarely have the chance to play the “good guys” in film, let alone in animated fashion, but that was the case in the 2004 movie “Shark Tale.” In this not-so-scary flick directed by Bibo Bergeron, Vicky Jenson and Rob Letterman, two shark brothers take advantage of the untimely demise of the shark son of a gangster boss, with voices provided by such stars as Will Smith, Robert De Niro and Renée Zellweger.

The 1999 horror-thriller “Deep Blue Sea” is often likened to a modernized or amped version of “Jaws.” The film’s premise is that genetically mutated sharks aren’t only aggressive, but they have enhanced intelligence. Aside from that, the movie from director Renny Harlin is an intense “avoid the scary sea creatures” flick with a strong cast, including Thomas Jane, Saffron Burrows and Samuel L. Jackson.