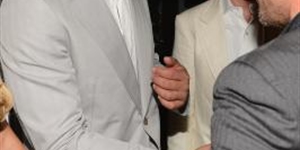 Most MBL players get paid what they’re worth, with a few underpaid and some overpaid. With constantly changing stats, unforeseen injuries and declining performance due to age, it is difficult to judge a baseball player’s true worth. A player may have a great year, sign a lucrative deal and then under-perform every season afterward, leaving their team and the fans to resent the undeserved salary. Every team has at least one player who makes big bucks and gives back little, but these players represent the worst overpaid offenders.

Of all the overpaid players in MLB, at least Mark Teixeira has the grace to admit it. The first baseman for the New York Yankees is moving into his mid-30s and showing the signs of his age. Teixeria told “The Wall Street Journal” in a February 2013 interview that his advancing years had affected his performance. He went from a .308 BA and .962 OPS in 2008 to a .251 BA and .796 OPS in 2012, and the man has no delusions that he will be able to turn that around. Teixeria’s deal has him earning $22.5 million per season through 2016, and although he still plays fairly well, each year his performance is dropping.

Juan Uribe is not the highest-paid baseball player, but his unimpressive record and little time on the field make him one of the most overpaid people in the sport. The backup third baseman’s salary for 2012 was $5.295 million, which was part of a three-year deal for $21 million. The Dodgers owe him another $7 million for the 2013 season. Uribe is 34 years old and not exactly in fighting shape, so he may see even less game time in 2013 than 2012.

Jason Bay doesn’t pull in the $20 million plus salary, but his take-home pay is still grossly disproportionate to his playing. In 2012, he made $16 million. In return, he scored 20 RBI, made eight home runs and had a batting average of .165. Bay may have seemed liked a good investment after his impressive 2009 season with the Boston Red Sox, but since signing the $66 million deal with the Mets, he has failed to perform. He has sustained many injuries and barely played at all in 2012.

The Angels acquired Vernon Wells in 2011, and at first, he wasn’t doing too bad. However, in 2012, his stats were 29 RBI, 11 home runs, .230 BA and .682 OPS. His salary that year was $21 million. His being overpaid isn’t just about his stats though. Wells spent much of the season on the bench. Josh Hamilton, who starts in right field while Wells frequently warms the bench, made more than $3 million less. The man is in his mid-30s and isn’t getting any younger or any better, but he still gets paid more than almost any other MLB player.

Alex Rodriguez is not only one of the highest-paid MBL players, but he’s also one of the oldest. Rodriguez pulled in $29 million in 2012, yet his 2012 stats came in at 57 RBI, 18 home runs, .272 BA and .783 OPS. That’s not too bad for a 37-year-old, but it is not anything like what he was doing in 2007 when he was the AL’s MVP after hitting 54 home runs and getting 156 RBI. A-Rod’s performance has been on a downhill slide ever since. In the last two years, 102 players have completed more RBI and 89 players hit more home runs, but they didn’t get paid Rodriguez’s salary. 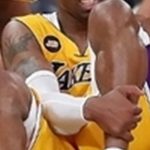