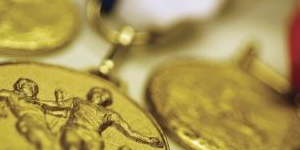 Many athletes get only one shot at becoming an Olympic champion, because the time and training between Olympics may make it physically impossible to return. As a result, there is a great deal of pressure on the athletes to perform well. In some cases, athletes, coaches, countries and even judges resort to cheating to secure their place in Olympic history.

During the 2008 Beijing Olympics, Angel Matos lead 3-2 in his bronze medal taekwondo match, when he was injured by his opponent, Kazakhstan’s Arman Chilmanov. Matos took an injury time out, but exceeded the one-minute allowance, so referee, Chakir Chelbat of Sweden disqualified him. Matos responded by pushing one referee and kicking Chelbat in the face. For his actions, the World Taekwondo Federation banned Matos from the sport for life.

As Canadians Jamie Salé and David Pelletier finished their long program skate at the 2002 Salt Lake City Olympics, announcers were already predicting their win. This prediction was followed by outrage when results gave the gold medal to the Russian pair. When French judge Marie-Reine Le Gougne was confronted by skating officials, she admitted that she was pressured by the French skating organization to help the Russian team win and in return, the Russian judge would do the same for the French ice dancing pair. The Russian skating pair was stripped of their medal, which was given to Salé and Pelletier, and Le Gougne was suspended from judging.

The success of the U.S. Women’s Gymnastics team in the 1990s lead to high expectations for the 2000 Olympics in Sydney, Australia. Their hopes were dashed when the Chinese team won the bronze medal, putting the U.S. team in a disappointing 4th place. But in 2010, the International Olympic Committee stripped China of its team medal because one of the gymnasts, Dong Fangxiao, was only 14 years old at the time of competition, which is two years younger than the required age of 16. The bronze medal was awarded to the U.S. Women’s Gymnastics team.

Tonya Harding was poised to be a figure skating great after she became the first woman to complete a triple axle in competition. But in January 1994, at the U.S. Figure Skating Championships in Detroit, Michigan, Tonya’s ex-husband hired a thug to hit her rival, Nancy Kerrigan in the knee so she couldn’t compete. The incident kept Kerrigan from competing in the Olympic trials, but didn’t stop the U.S. Figure Skating Association from sending her to the Lillehammer, Norway, Olympics with Harding. During her warmup, Harding cut the lace on her skating boot. She replaced it, but the replacement lace was too short. The judges allowed her extra time to fix the lace, but the incident rattled her and she finished 8th. For her part in Kerrigan’s attack, Harding plead guilty to hindering prosecution.

Even before the doping scandal, the 100-meter sprint at the 1988 Seoul, Korea, Olympics was big news. The race pitted Carl Lewis, the 1984 Olympic Gold winner, former world record holder Calvin Smith and future gold medalist (1992 Olympics) Linford Christie against Canadian Ben Johnson. Johnson surged out of the starting block, holding the lead, and crossing the finish line in a stunning world record time of 9.79 seconds. Johnson knew his run was memorable, saying he believed the record would last 50 or 100 years. He also stated that the gold medal was not something that could be taken away, but he was wrong. Twenty-four hours later, the International Olympic Committee stripped Johnson of his medal when he tested positive for a banned steroid.