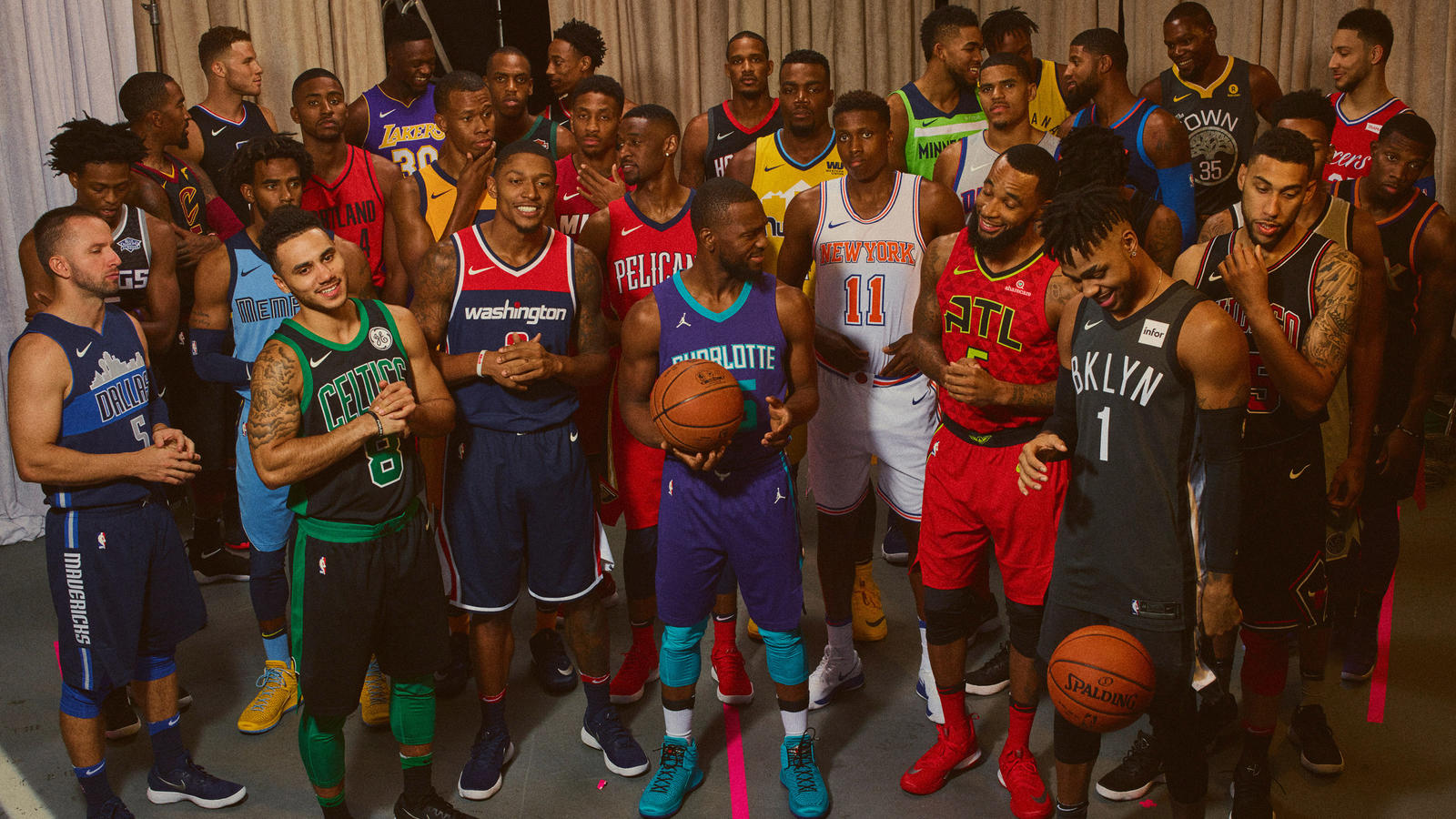 There’s nothing better than a good alternate jersey. If you’re watching an NBA team for 82 games, eventually you get tired of seeing them in the same uniforms. This year, the NBA partnered with NIKE to create the definitive alternates for each team — the “Statement Uniform.”

Built off of simplistic design choices with strong colors, some of these statement jerseys are even better than the usual home/away uniforms. Not every jersey works, like the Hawks’ hexagonal look or the Timberwolves’ highlighter green color choice, but the ones that work really work well, and we expect them to be on many an NBA fan’s holiday shopping list. Here are our Top 5 NBA NIKE statement jerseys.

The Mavericks aren’t the only team to incorporate their city’s skyline into their jersey (see the Nuggets), but the grey outline with the bold “Dallas” makes for a great logo in its own right. The Dallas Mavericks may be at the bottom of the standings this year, but their statement jersey certainly ranks near the top of the list.

One of the original ABA teams that joined the NBA via the ABA-NBA merger in 1976, the Indiana Pacers have a storied history. With their statement jersey, they’ve put that history on display, with a classic, Hoosiers-like design that serves as a callback to the team’s glory days. Although we’ll be seeing Myles Turner and Victor Oladipo rocking these uniforms, they wouldn’t look out of place on Reggie Miller or Chris Mullin.

Perhaps the most minimal of all the statement jerseys, Utah uses their underrated music note logo with only the player number below. With no city name and no team name, the Jazz use their best branding to make a statement that less is more. Apple’s Jony Ive would be proud.

Don’t mess with the Moose. The Milwaukee Bucks choose one of the boldest statement jersey looks, with their mean new Bucks logo front and center, and the player numbers fitting perfectly between the antlers. And now that they’re sponsored by Harley-Davidson, we expect to see a leather jacket variant at the team shop. Hopefully they give it some fringed sleeves, too.

The Warriors are already making statements both on and off the court. The defending NBA champions could’ve just put the Larry O’Brien trophy on their jersey and called it a day. Instead, they pay homage to the city they play in and love (just not enough to change their name to the Oakland Warriors).

With no mention of the team name, the jersey simply reads “The Town” and features a new team crest, which Nike notes “employs Oakland’s family Oaktree (a design found on street signs and sourced by the team through Oakland’s city government).” No other team shows that kind of love for their city on their statement jersey, which seems like the biggest statement of all from Golden State.

DID YOUR TEAM MISS THE CUT??

See all “Statement Uniforms” and Get Special holiday discounts!

What’s your favorite NIKE statement jersey? Let us know in the comments below!