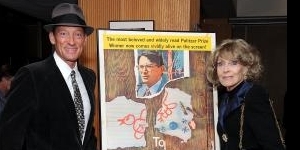 From “Perry Mason” to “Ally McBeal,” courtroom dramas and comedies have captivated TV audiences for decades, but the silver screen has also hosted some exciting courtroom-themed adventures. It’s hard to imagine that watching a couple of people in a room ask questions they already know the answers to could be so entertaining, but a few flicks make the most of the situation, keeping viewers on the edges of their seats until the verdict is read. If only jury duty were this much fun.

Courtroom movies don’t have to feature emotional rollercoasters or deal with heavy issues, such as racism and child custody, to be amazing. Joe Pesci gave what is arguably the most memorable performance of his long career as the inexperienced attorney from Brooklyn who drives to his cousin’s rescue in “My Cousin Vinny.” His cousin and his cousin’s friend are falsely accused of murder in Alabama in a classic case of being in the wrong place at the wrong time. Despite a few over-the-top moments, the movie actually shows a realistic portrayal of courtroom procedure, although not always intentionally from the characters’ perspective. Marisa Tomei rightly won an Academy Award for Best Supporting Actress for playing Vinny’s girlfriend and expert witness in the 1992 movie.

A list of courtroom drama movies could never be complete without the movie that contained one of the most often quoted lines: “You can’t handle the truth.” Jack Nicholson always gets the best lines, but that’s for another list. The plot involves a trial for two Marines accused of killing one of their own, although it turns out the man was killed during a “code red” punishment to shut him up before he could expose higher ups for shooting at a Cuban watchtower. “A Few Good Men” challenges the idea of duty, honor and what is acceptable for maintaining discipline and national security. Ironically, the entire movie would never have happened had a female officer played by Demi Moore not goaded Tom Cruise’s character into taking the case to trial. The 1992 film should have been called “A Few Good Marines.”

Dustin Hoffman and Meryl Streep play a divorced couple fighting for custody of their son, Billy. Take two great actors, add an adorable kid, portray the heartbreaking drama of parents wanting to do what’s best for their son despite their opposing ideas of what that entails, and you get “Kramer vs. Kramer.” The 1979 classic won five Oscars. Hoffman had recently gone through a divorce and it shows in his emotional scenes spent fighting to keep his son, when the wife who walked out on him to find herself finds her way back into his life.

The 1959 hit “Anatomy of a Murder” is one of those movies that is so captivating you forget it’s in black and white. James Stewart and George C. Scott go head-to-head in this military courtroom drama, the former defending an Army lieutenant on trial for killing the man he believes raped his flirtatious wife. Scott plays the prosecutor. The authenticity and realism of the film makes it popular among legal minds and earned it seven Oscar nominations. Pioneer producer-director Otto Preminger was the son of a prosecutor and had a law doctorate. The film was adapted from a book authored by a Michigan supreme court judge. The movie proves that Hollywood can make a good movie without throwing reality out the window.

1 “To Kill A Mockingbird”

You no doubt read the book “To Kill A Mockingbird” in school but were probably too young to properly appreciate it. The movie is one of the best book adaptations ever to hit the silver screen, and one of the best examples of courtroom-based movie magic. The film came out in 1962 during a several year infatuation with courtroom dramas, yet “To Kill a Mockingbird” stood out, taking home three Oscars. Gregory Peck kills it as small-town attorney Atticus Finch, who defends an African-American man wrongly accused of rape. The film addresses racism and morality, and makes people believe that justice should be truly blind — at least through the credits.
Must Read
Authorities Alerted After Man Finds Weird Creature On Beach
Frustrated Mom Lashes Out At Driver, Regrets It When She Sees Sign On The Car
Couple Install Hidden Camera, Realize Why Dog Was Acting Strange Around Nanny