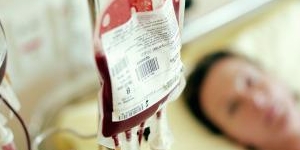 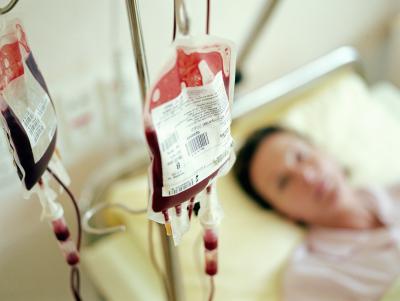 Jochen Sands/Digital Vision/Getty Images
One of the worst things about rare diseases is the feeling of hopelessness. Few scientists study them and pharmaceutical companies don’t find researching a cure sufficiently profitable. If you come down with one of these rare diseases, you’ll find your condition too obscure for fundraising runs or face-to-face support groups. Thank goodness for the Internet, where the oddly afflicted can find each other and share information.

Short for “carnitine palmitoyl transferase deficiency—type 2,” CPT-2 is a type of fatty acid oxidation disorder. If you have this rare inherited condition, your enzymes are unable to break down fats in your food or stored in the body. This is a big problem, since the human body relies on fat stores during times of hard physical work and long periods between meals. Usually a breakdown in muscle fibers initiates the illness between the age of 15 and 30, often during a physical challenge. People’s muscles suddenly become so sore and painful they can’t even walk. Only about 250 cases have been recorded in medical literature. So far the only treatment options are rest and following a very low-fat diet.

The good news about epidermodysplasia verruciformis is you might survive the disease. However, your skin is likely to be covered with weird growths and bumps so that you resemble a tree in some fairy tale forest. The most famous case was Dede Koswara, also known as “Treeman,” an Indonesian who developed the disease as a teenager after cutting his knee. Soon he was covered with bark-like warts: more than 13 pounds of them, he found out, after a 2008 surgery removed most of the growths. There are about 200 documented cases of EV.

When an Italian doctor died in 1765, he unknowingly passed a very bad gene to his family. Since then, many of his descendants have developed insomnia around the age of 50. They also lose weight, hallucinate, become paranoid and confused and generally panic. Sufferers of FFI die within 6 to 32 months of onset. Only about 30 families have been documented with this form of insomnia, which is always fatal.

This neurological disorder can be extremely embarrassing but will probably not prove fatal. Your hand behaves as if it doesn’t belong to you. It might undo somebody’s buttons, stuff food in your mouth unexpectedly or punch you in the face. Sometimes the alien hand is a side effect of an infection, tumor, head trauma or stroke. Since 1909, only 40 to 50 cases have been reported. But alien hand syndrome has captured the imagination of writers. “Dr. Strangelove” and “The Addams Family” both featured a writer’s interpretation of this syndrome.

Progeria causes children to age so rapidly that their average life expectancy is only 13 years. While they develop normally for the first few months, soon they exhibit symptoms such as hair loss, hip fragility, prominent eyes, high voice and visible veins. Only about 1 in 4 million to 8 million babies are diagnosed with progeria.