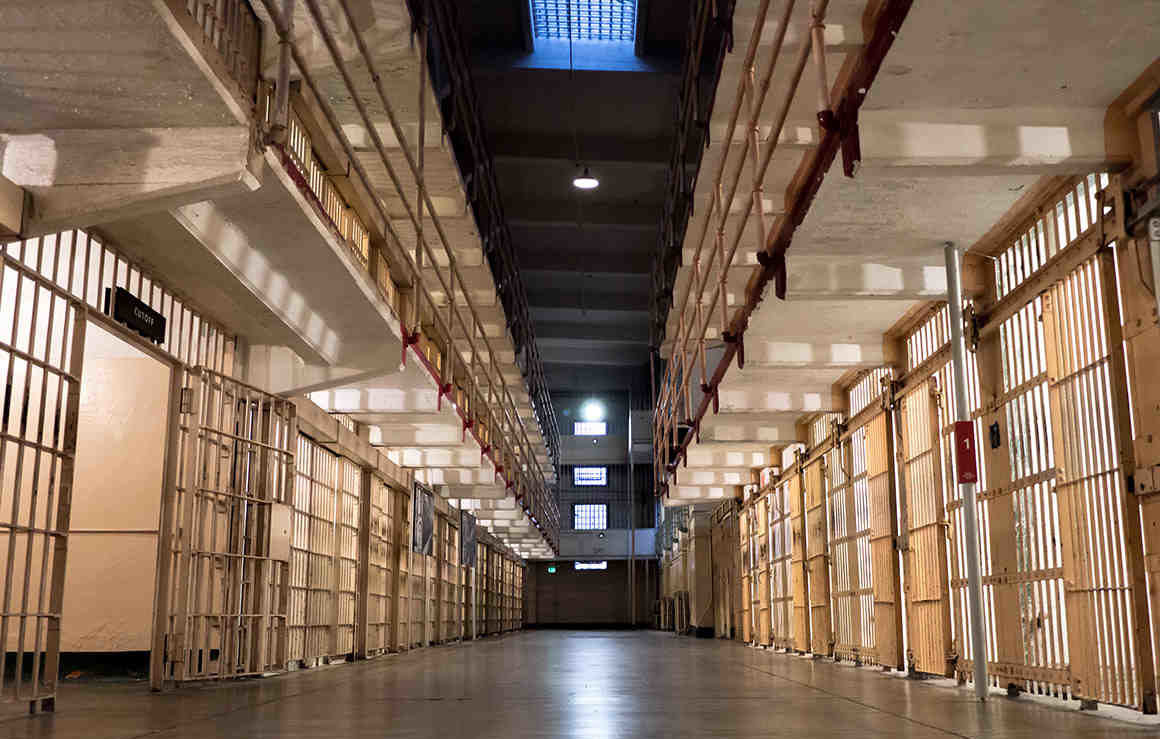 Death row is home for the lowest of the low: serial murderers, rapists and those who commit heinous acts have a special seat waiting for them. Despite their horrific crimes, death row inmates are entitled to one final wish before death — within reason, of course. It may seem odd, but death row final requests are frequent.

These top 30 death row final requests are some of the most unusual this far.

He then requested if he could share this last meal with his brother and cousin, thus the three burgers.

Barton Kay Kirkham’s last meal request wasn’t something out of the ordinary. The reason behind it though was unique.

He asked for pizzas and ice cream, because “you get cheese, meat, and everything else in one meal. Not so much fuss.”

Adolf Eichmann was sentenced to death in Israel in 1962.

He denied a meal but asked for a bottle of Carmel instead. He drank half of the bottle of the dry, red Israeli wine.

The Texas prison system was not what it is today. In the past, they granted all last meal requests that the inmates asked for.

When the food was served, Brewer said he wasn’t hungry anymore.

He asked for a steak, fried chicken, cherry Kool-Aid, and a slice of pecan pie. However, he left the pecan pie at the end. The reason? He asked the guard to “save it for later.”

David Leon Woods didn’t order a big meal, like some on the list here, but his choice was peculiar.

All he wanted was pizza and a birthday cake.

Bruno Richard was sentenced to death in 1936.

Marion Albert Pruett originally said that he would like to share his meal with another inmate. The latter would also be executed on the same day.

Steven Woods’ death sentence was heavily criticized by many, including philosopher Noam Chomsky and Amnesty.

Christopher Brookes, from Alabama, was sentenced to the death row in 2016.

He asked for two peanut butter cups and a Dr. Pepper for his last meal.

20.) Lord of the Rings Trilogy

Ronnie Lee Gardner was on death row for a conviction in 1985.

In 2010, he requested a huge dinner and to watch Peter Jackson’s Lord of the Rings trilogy.

Before he died of lethal injection, William Bonin requested eighteen servings of Coca-Cola and Pepsi.

Why? Well, he wanted to die of a diabetes attack before the injection. Yikes!

18.) Giving Pizza to a Homeless Person

Before the execution of Philip Ray Workman in 2007, he requested that his final meal be a large vegetarian pizza given to a homeless person. The prison officials denied the final request.

People across the country joined a campaign to give vegetarian pizzas to homeless people.

Before the lethal injection of Jonathan Nobles in 1998, he wanted his final meal to be the Holy Communion.

If you are unaware of what this is, it consists of bread and wine.

Gerald Mitchell was convicted of killing two victims in 2001. He was set to be executed, but he added an odd last request.

Mitchell had a sweet tooth, so he wanted a bag of assorted Jolly Ranchers.

Troy Davis was in denial when he was set to be executed. The convicted felon denied his last meal because he thought it would not be his last.

It turned out to be his last meal anyway. He was executed by lethal injection.

In 2001, Miguel Richardson decided to make his death row final request a romantic meal. He wanted a birthday cake with 2/23/09 written on top.

This is the date that he got married. He wanted seven pink candles and a lot of fruit.

Lawrence Russell Brewer ruined the last meal tradition for the inmates in Texas. He requested a large meal. Some of the items on his list included jalapeños, a cheese and beef omelet, a pound of BBQ meat, a meat lovers pizza, a loaf of bread, and much more.

When officials gave it to him, he refused to eat it. This ruined the death row final request tradition for everyone else.

Even though it was his last meal, Clarence Ray Allen was trying to stay healthy.

He ordered a sugar-free pecan pie and sugar-free black walnut ice cream. We wonder why he didn’t want sugar in his desserts!

Unlike the last story, some inmates want a sugar rush!

Stephen Anderson wanted a combination of grilled cheese sandwiches, cottage cheese, pie, ice cream, and — to top it all off —radishes.

All the other items sound like junk food, but the radishes are a random choice.

9.) Seconds of a German Meal

A German serial killer was sentenced to death by guillotine. His last meal was a typical German meal, but then he went and asked for seconds.

The guards granted his request.

The officials were so fed up with him that they called his mom to ask her what he would want. She opted for a cheeseburger for her son.

Before he was executed by lethal injection, he wanted just two pints of mint chocolate chip ice cream.

It seems odd to request world peace after being sentenced to death for beating and stabbing a woman. Maybe some criminals have a change of heart after spending time in isolation.

In 1989, Odell Barnes Jr.’s last wish wasn’t food related. He wanted world peace, equality, and justice for all. Despite his kind wish, he was executed. Prison officials have no way to serve up a side of world peace.

A single black olive was the final meal for two death row inmates. In 1963, Victor Feguer asked for a black olive with the pit for his last entrée. He even slipped the pit into his suit pocket before his hanging.

Robert Buell made the same request on the day of his execution in 1982, except Buell wanted his olive without the pit. Some believe the olive symbolizes rebirth, but that leap of faith didn’t save these two from execution.

While a bucket of Kentucky Fried Chicken’s Original Recipe may not sound like an odd request, it was in the case of John Wayne Gacy. Before Gacy went on a killing spree in the 1970s, he managed three KFC restaurants.

You could say the Colonel’s secret chicken recipe was in Gacy’s blood, and he had to have one last nibble before his fateful demise.

2.) Mussels and SpaghettiO’s With Meatballs

Nothing is more mouthwatering than a can of heavily processed pasta and freshly steamed mussels, right? In 1995, Thomas J. Grasso wanted just that on the day of his execution. His request for mollusks and SpaghettiO’s with meatballs didn’t stop there.

He also asked for a double cheeseburger, six barbecue spare ribs, and two large milkshakes to wash it all down. For dessert, he had half a pumpkin pie, strawberries, and whipped cream. This meal sounds more like a nightmare than a tasty final entrée.

While the average death row inmate may fantasize about biting into a juicy steak or a gooey slice of pepperoni pizza on their final day, James Edwards Smith had a unique request.

On the day of his execution in 1990, Smith wanted a lump of dirt. The hunk of earth was reportedly supposed to be a part of one of Smith’s voodoo rituals. Sadly, prison officials wouldn’t allow it. Smith wound up settling for a small cup of yogurt instead, unable to do his ritual.

Some of these death row final requests seem odd, while others you may be able to understand. Click next to see the creepiest unsolved murders of all time!