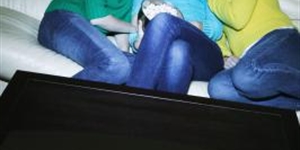 In some movies it’s so obvious somebody’s about to die—there’s a reason we don’t want that couple to go into the woods or that girl to go into the basement alone. But sometimes the filmmaker delights in offing an unexpected character—or depicting an expected death in an unexpected way. Regardless, these death scenes make you jump, spill your popcorn, scream “What!?! Why?!?” or otherwise question everything you thought you knew about the world and the way movies work. And that’s kind of the point. 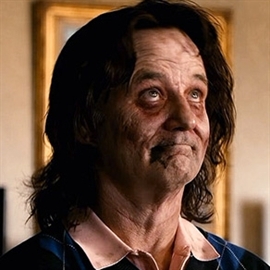 4 Chad Feldheimer in “Burn After Reading” 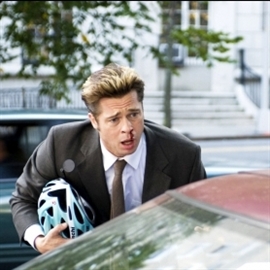 Including a Coen brothers film in this list almost feels like cheating, but admit it—you never saw this coming. Sure, Chad is kind of an idiot, and Harry Pfarrer is really no more competent. That gun pretty much went off by accident, because Harry was too stunned by the fact he’d found a man hiding in his closet to even think properly. But the real shocker here? George Clooney blew Brad Pitt’s head off.

3 Rachel Dawes in “The Dark Knight” 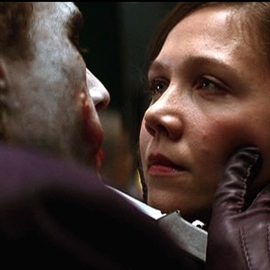 It’s an unspoken rule—especially in superhero movies—that the villain never actually kills the love interest. The love interest exists mostly so the superhero can swoop in and save her—and the day. While serving as a stock plot point to lure the hero into whatever trap the villain tries to set to get rid of the hero once and for all, she enjoys a near-universal guarantee that—no matter how seemingly insurmountable the odds—she will be saved. Unless her name is Rachel Dawes. Batman, falling for the Joker’s misdirection, rushes to save his love in “The Dark Knight” and ends up in the wrong place. The villain laughs as millions of moviegoers gasp and poor Rachel goes up in flames. 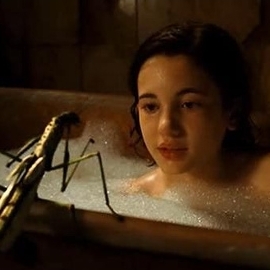 Guillermo del Toro’s beautifully macabre fairy tale depiction of the brutal reality of Spanish fascism centers around one little girl. Ofelia follows a faun and escapes into a fairy world with fairies who promise to keep her safe from the cruelty of her father, who is a captain in Franco’s fascist army. No matter how graphically the film depicts the captain’s sadistic nature, there’s still that voice in the back of your head telling you he’d never actually kill Ofelia—until he does. The fact that she then becomes a part of the fairy world forever would be more comforting if you believed the fairy world truly existed, but the film doesn’t even try to convince you of that. 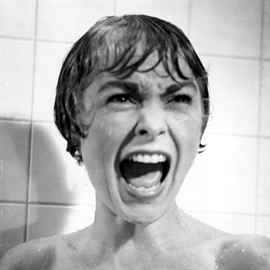 Alfred Hitchcock is the undisputed master of suspense, and when this film was released, he instructed theaters not to allow anyone in after the film had begun. Actress Janet Leigh was by far the biggest star of the film, but this doesn’t stop Hitchcock from offing her character, Marion Crane, just 30 minutes into the film. Her brutal murder is just as shocking now as it was in 1960, and Bernard Herrmann’s score of “screaming violins” that accompanied the iconic shower scene are synonymous with terror.