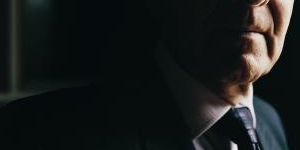 When it comes to overpaid jobs in America, there are plenty to go around. Although what counts as an exorbitant wage is subjective, there are certain professions that almost always rise to the top of everyone’s list. From the CEO of a failing company to the professional athlete with a bad playing record, someone is always getting more than he deserves.

Perhaps the greatest popularity contest of all is the speech and appearance circuit. For those with name appeal, from past presidents and politicians to reality stars and TV personalities, there’s big money in public speaking and appearances. However, the pay can get downright ridiculous. For example, real estate mogul and “The Apprentice” producer Donald Trump once earned $1.5 million for giving a one-hour speech at an investment seminar for The Learning Annex. Reality star Kim Kardashian has been paid as much as $75,000 to make an appearance at an event. However, past presidents are the true money makers in this business. For instance, President Bill Clinton has earned more than $100 million in speaking fees since leaving office in 2001, earning a reported $17 million in 2012 alone.

No one gets paid more to move money around than a fund manager. For example, it is not uncommon for a stock-fund manager to earn between $500,000 and $1 million per year, and that’s before bonuses. Top fund managers usually see several million in earnings per year. However, when you consider that only three in 10 fund managers have beat the market in the past 10 years, it doesn’t seem like clients are getting the benefit of the bargain. They’re simply paying for a high-priced bank teller. And with the recent Wall Street banking and mortgage scandals, fund managers are quickly emerging as one of the most hated professionals in America, right alongside CEOs and attorneys.

While it’s not uncommon for many sports enthusiasts to believe professional athletes at the top of their game deserve the big bucks, it’s the ones who fall in the average to mediocre category that we aren’t so sure about. For example, most rational-thinking sports fans would agree that Michael Jordan was one of the best basketball players of all time. Thus, he deserved every penny of the approximate $90 million he earned while playing for the Chicago Bulls. However, when it comes to an athlete like Mike Hampton, the Colorado Rockies pitcher who earned $9.5 million the second year of an eight-year $121-million contract despite having a 7-15 loss and low earned run average of 6.15, we tend to cry foul.

While the salaries of lawyers vary greatly, one thing is certain: Attorneys are card-carrying members of the “most hated profession” club, at least until they’re needed. While government and public interest lawyers typically command a reasonable salary, often ranging from $60,000 to shy of six figures, private and corporate attorneys often have salaries in the low six figures and higher. And clients must pay these salaries regardless of their case’s outcome, in most instances. So, unlike that new refrigerator or hair dryer that doesn’t work as well as advertised, you can’t get your money back from an attorney if his skills are not up to par.

These days, being a Chief Executive Officer, or CEO, garners as much respect as being an attorney. However, the bad rap didn’t come from nowhere. It’s not uncommon to hear about a company going under, laying off a massive amount of employees or cutting salaries—par for the course in a fledgling economy or when stiff competition arrives on the scene. But, what puts a bad taste in people’s mouths is when these same companies pay their CEOs astronomical salaries, often in the hundreds of thousands or even millions. Or worse yet, when companies increase CEO pay while low-level employees suffer with unemployment or low wages. Under these circumstances, most Americans consider CEOs the most undeserving of their excessive salaries.
Must Read
Woman Shelters Old Man In Her House Unaware Of Who He Truly Is
Plumber Sees Painting Of Himself In Mansion, Uncovers Disturbing Past
Neighbor Reports Mom During Lockdown Unaware Who She Is