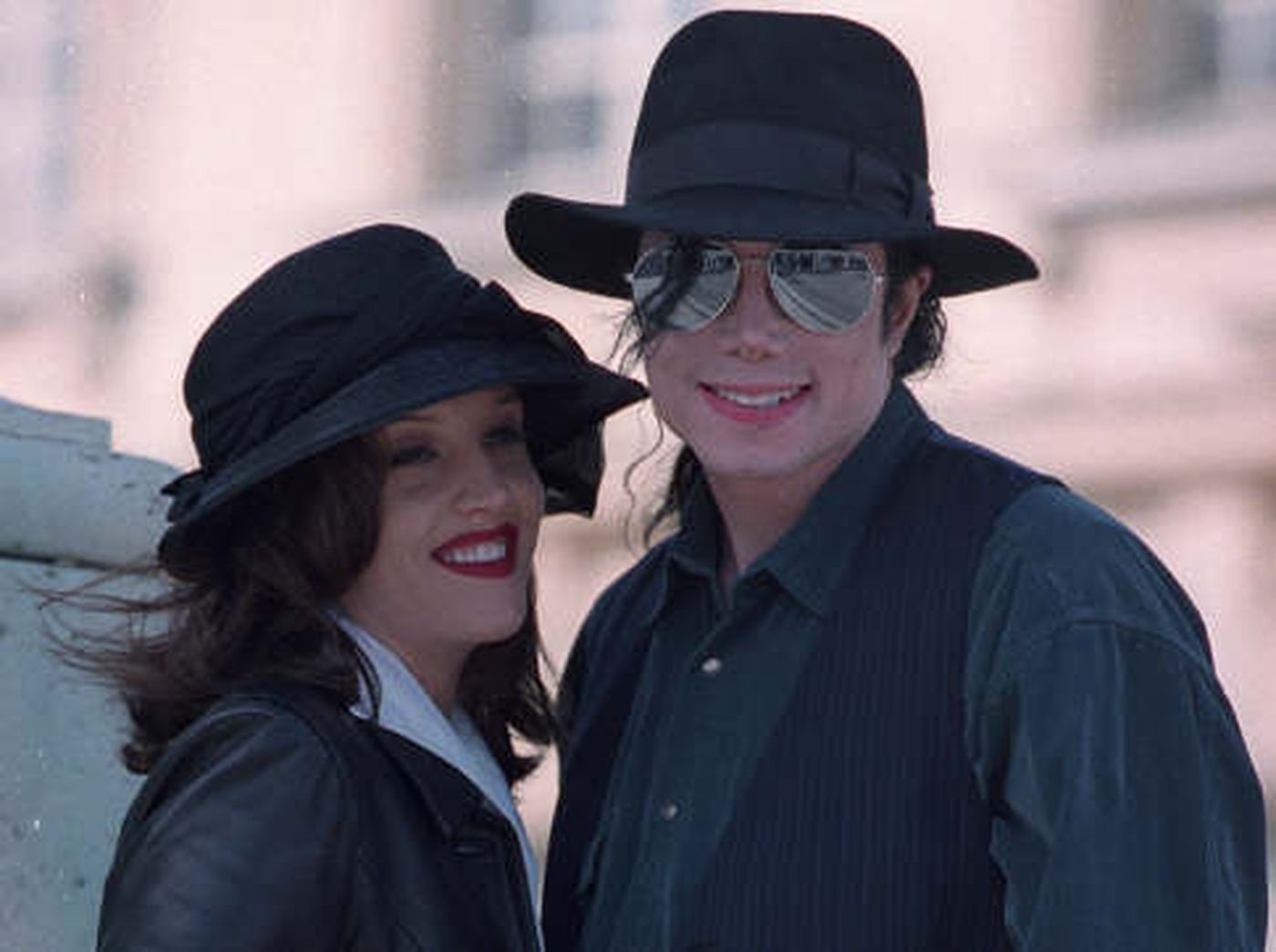 While not every couple looks good together, these mismatched celebrity couples will definitely make you raise an eyebrow. When it comes to these couples, you might wonder how in the world these stars ever got together.

In romance, celebrities bring on the weird by the bucketful. It’s only logical that when you’re worshiped by millions and earn more money than you can possibly spend, you’re going to step off the edge of normal once in a while. While there are a lot of strange and unexpected pairings, some of the oddest pairings in history just can’t be beaten on the weirdness charts by today’s Romeos and Juliets.

Julia Roberts is America’s pretty woman. While she’s not a sex kitten, there isn’t much about the woman that doesn’t appeal to men. The fact that Roberts could have almost any man she desires is what makes her relationship with country crooner Lyle Lovett beyond strange, making this pairing appropriate for the list of mismatched celebrity couples.

Dubbed by the media as “beauty and the beast,” Lovett and Roberts defied all logic by seeming to be completely enthralled with each other. After a whirlwind three-week romance, she married Lovett. Unfortunately, their bliss lasted only a couple of years. They divorced in 1995 after 21 months of marriage.

While no one’s really sure how he did it, Counting Crows lead singer Adam Duritz snagged Jennifer Aniston for a time. Then, in an act that defied all logic, he moved on to Courtney Cox.

Somewhere, beneath all that hair and ick, lurks either the funniest man alive or the most skilled in the art of love. Otherwise, both of these pairings are not only odd, but they’re also mystifying.

Cher is no stranger to younger men. She has a long and impressive history of dating youngsters, including Tom Cruise.

Yes, Tom Cruise and Cher were an item back in the ’80s. Cher even said she was crazy about him. He is a handsome fellow, sofa dancing and mad rants aside. Wonder how many pairs of stilettos she had to give up before she called it quits? These two definitely deserve a spot on the list of mismatched celebrity relationships.

They definitely are one of the mismatched celebrity couples we managed to love.

Elvis fans died a little inside when his precious daughter, Lisa Marie, wed the King of Pop and Grand Master of Weird in 1994. To add to the strange pie, she married Michael Jackson only 20 days after her divorce from Danny Keough. Presley was quoted as calling Jackson a passionate lover.

The two even recorded a music video together and shared a kiss at the 1994 Video Music Awards that sent viewers scrambling closer to their television screen in confusion. None of this did anything to reduce their level of strangeness.

Liza Minnelli and David Gest are pretty odd all by themselves, but the romantic pairing of these two celebrities had mental health professionals rewriting all the books. This couple was one of Hollywood’s top mismatched celebrity couples.

However, the weirdness of this couple didn’t reach its peak until the two split, then all the laundry, dirty and otherwise, was aired. Soon after their lavish 2002 wedding, which included Hollywood’s most eccentric A-listers as guests, the strange duo said farewell. The fur began to fly as Gest accused Minnelli of not only beating him but also giving him herpes. Too much information, thanks.

On the hit television sitcom The Big Bang Theory, Penny and Leonard, played by Cuoco and Galecki, are truly a mismatched couple. She, a stunning waitress-actress, and he, a nerdy physicist working at a university, don’t quite fit the picture of a couple that meshes well.

In real life though, Galecki really did get the girl. Their on-again, off-again relationship behind the scenes of the show was hidden as a secret for years. Apparently, their on-camera chemistry actually has some true emotion behind it at times.

Carmen Electra is a bombshell beauty who was attracted to flamboyantly outspoken NBA star Dennis Rodman. After a reported drunken night in Vegas, the two were so head over heels for one another, they booked it to the nearest quickie wedding chapel. Shockingly, their marriage lasted for only a week and a half.

It was unclear who wore the pants in the relationship. After all, Rodman wore a wedding dress to his book signing in 1996. One thing that was clear to all was that the relationship between these two was a mismatched celebrity relationship situation.

Maybe that grungy, tattooed, “I haven’t showered in days” look really does get the girl. Angelina Jolie was drawn to Hollywood’s bad boy, Billy Bob Thornton. The duo didn’t seem to have much in common, though, other than an obsession with tattoos and blood-vial necklaces.

After mere weeks of dating, Jolie and Thornton tied the knot in — surprise! — Las Vegas. Wedded bliss lasted for a full two years, though. That might be some kind of record for a celebrity Vegas wedding. Regardless of the longevity of the relationship, they were one of Hollywood’s mismatched celebrity couples.

Britney Spears is another Hollywood hottie who fell for one of her backup dancers. Spears and Kevin Federline — more commonly known as K-Fed — wore matching wife-beater tanks, drank cheap beer out of cans and fell madly in love in the process. Just like that, Spears’ reputation as America’s sweetheart was tarnished.

The two lovebirds married in the summer of 2004. Sadly, after two kids and two years of marriage, the mismatched pair called it quits and went their separate ways.

Jennifer Lopez is surely one of the most recognized people in the world. J.Lo’s got it all: a killer body, an endless bank account, a perfectly bronzed tan and dimples deep enough to melt a man’s heart. Clearly, she could have any guy she wants. But in the fall of 2011, Lopez decided she wanted the average Joe and hooked up with Casper Smart — one of her backup dancers.

In 2016, the couple split, and many rumors said that Smart had cheated on Lopez.

At first glance, these two young and hot Hollywood stars should be together. Both are successful.

Sadly, Hudgens learned the hard way because the relationship had to balance out.

And people said that Demi Moore was the first woman celeb to date a younger guy.

Bullock is 16 years older than Gosling. She wanted to date a younger and hotter actor, and she got one.

During their seven-year relationship, Downey was having a lot of trouble with drug and alcohol abuse.

Parker tried to help him, but she couldn’t.

Some people would say that these two belong together.

Both are controversial, and it seems like they need someone in their lives to calm them down.

This was a very short relationship. The couple was seen together only once when they went to an award show together.

They kept the relationship under the radar.

This Kardashian sister has had a bunch of high-profile relationships, and that is probably the reasons they haven’t succeeded in the past. Before she met Kanye West, she dated another singer, Nick Lachey.

There were spotted holding hands just after his divorce from Jessica Simpson. This buzz helped Kim’s career.

Even though their relationship didn’t last long, they stayed friends after.

The rapper posted a photo of Handler in an interview and they have been guests on the same show!

Yes, these two dated for a long time, but it’s still weird how it even started!

Mayer admitted that he was a jerk to Aniston when the two were dating.

Kunis and Culkin are both child stars. The Home Alone star gained fame quickly, but he went down a bad path of doing drugs.

Kunis decided it was not for her, and she broke up with him!

The reason why this mismatched celebrity couple broke up was that Jackson was scared of dating!

Even though they broke up, Brooke Shields spoke at his funeral.

The thought of having these two X-Factor judges be together is funny! Cowell and Electrca are one of the most controversial characters in Hollywood, so we can’t expect success.

It was probably lust and then they quickly called it quits.

Before Perry was a superstar, these two dated! They hit it off immediately.

It didn’t last long because she didn’t want a serious relationship.

Kutcher and Jones date for three years, but according to Jones, he was not supportive of her career goals.

The actress claimed Kutcher was not a very good boyfriend.

Keaton and Cox dated for five years before Cox gained fame from Friends.

According to Cox, her relationship with the actor was the most important one in her life.

When Friends was still on the air, Roberts guest-starred on the hit NBC show.

In that episode, she hooked up with Perry’s character. Then, they started dating in real life, but that only lasted a few months.

Hollywood is always providing us with more mismatched celebrity couples. We can’t even guess who the next one might be. Hopefully, these celebrities can find a better match for themselves in the future. Click the next button to see the best celebrity wedding dresses!