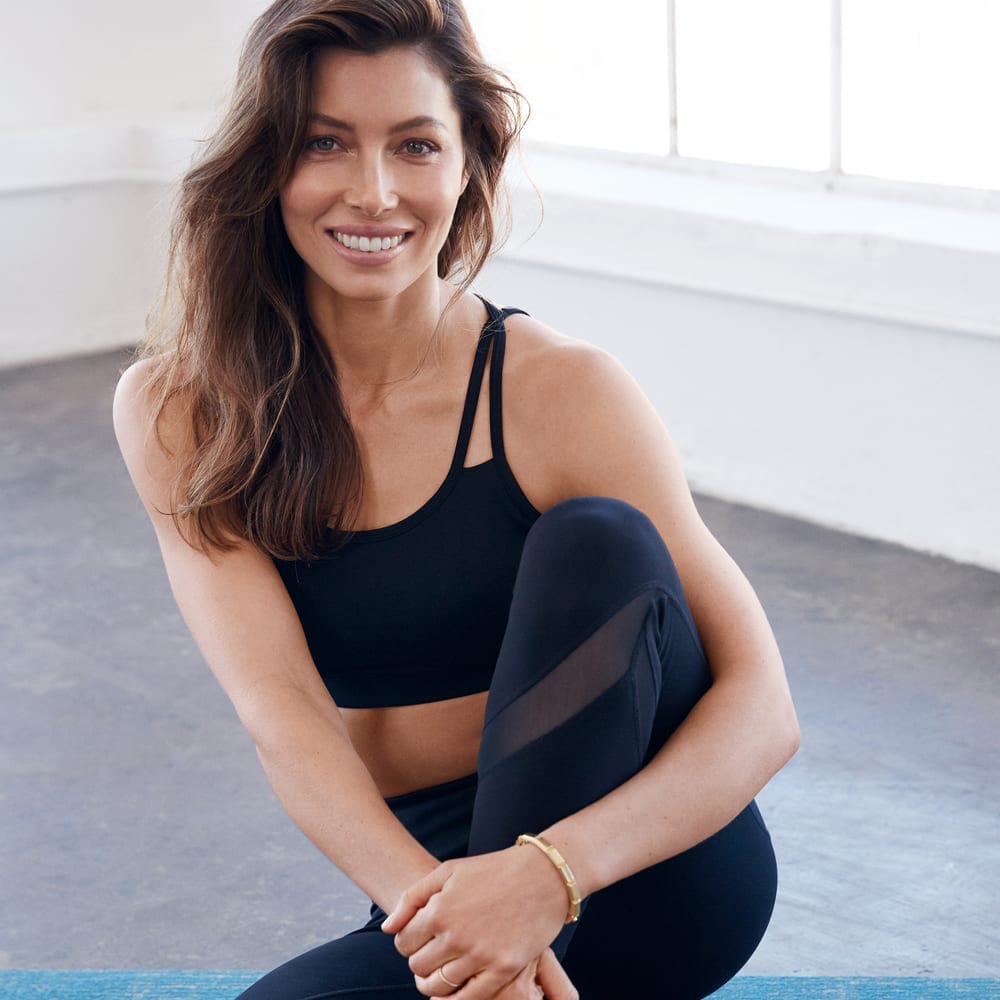 Not only are some of the most famous women in the world beautiful and talented, but many also have physiques to die for — as if we need yet another reason to be jealous of them. However, don’t think all of these wonderful attributes came naturally. Just like we mere mortals, these women had to work for the bodies they have. In fact, the most fit celebrity women have their workout routines down to a science.

Here are the 30 most fit celebrity women of all time.

The Wonder Woman actress has taken over the superhero scene.

The model graced the cover of Sports Illustrated’s Swimsuit Edition many times. In fact, Teign has been featured in five editions.

Since her modeling days, she has written a cookbook that is filled with wholesome and delicious recipes.

This singer has been in the music game for a number of years now.

Lopez is almost 50 years old, but it looks like she hasn’t aged a day. She is constantly working out and eating a healthy diet.

Even though the singer is always touring and putting out new music, Goulding tries to stay in shape. Ellie Goulding runs at least six miles every day.

She also has participated in multiple half marathons. Her vegan diet helps her maintain her fitness goals.

Even though Kate Upton is one of the most famous models out there, she still has to stay fit!

On Instagram, she has shown her followers what her workout routines are and what she eats on a day to day basis.

When Keeping Up with Kardashians aired in 2007, people watched Khloe transform her body. She has been transparent with America when she released her docu-series Revenge Body.

It details her fitness journey and how she wants to be the healthiest version of herself. You go, girl! We are happy she is considered one of the most fit celebrity women.

When you are as busy as Rihanna, it’s difficult to go to the gym. The singer has a 24-hour on-call personal trainer who she can go to at any point during the day!

That’s amazing. No wonder why she is in such amazing shape and on the list of most fit celebrity women.

If you have been to any of Pink’s concerts, you know she incorporates high-flying acrobatics into her routine.

To maintain this energy, she needs to work out six days out of the week. She mixes it up by doing cardio and yoga.

The dancer first got her start on the show Dancing with the Stars.

She has maintained her dance body by working out five days a week and eating healthy almost every day out of the week. These habits put her on the list of most fit celebrity women.

This actress said she would be the first to admit she hates working out. She still makes time to do it, though, because Alba knows how much her body benefits from it.

The CEO does a variety of workouts, so she stays fit and interested in what she is doing.

Cameron Diaz has always had a great body, but the Charlie’s Angels star kicked things up a notch when she entered her 40s. Now sporting a super lean physique, Diaz’s toned arms, legs and stomach are a testament to how committed she is to staying in shape and being healthy — and staying on the list of most fit celebrity women.

Along with eating up to six small meals a day, Diaz exercises religiously with cardio, strength training and Pilates in her daily fitness routine. Although Diaz is no stranger to the gym, she can often be found outdoors surfing, snowboarding or hiking, proving her exercise regimen is anything but boring.

Another actress who is not afraid to sweat and most our list of most fit celebrity women is Jessica Biel. Biel maintains her curvy yet strong physique with a healthy diet of clean, unprocessed foods and circuit training. She also believes in getting enough sleep, staying away from alcohol and drinking plenty of water.

Biel often exercises outdoors with workouts that consist of cardio, usually a half-mile jog followed by sprints, weight training and plyometrics. A fitness junkie, Biel is always pushing herself to the next level. For example, she recently climbed Mount Kilimanjaro.

Halle Berry is one Hollywood actress whose beauty seems to defy both time and gravity. Despite being in her 40s, this longtime stunner has a body better than most 20-year-olds. Berry maintains her slim and toned physique with a combination of diet and exercise. When it comes to food, Berry consumes a large amount of lean proteins, vegetables, complex carbohydrates and, of course, lots and lots of water.

Like the other celebrities on our list, Berry is no stranger to rigorous and demanding workouts. She exercises five times a week and combines strength training and core exercises with multiple cardio and circuit segments. Apparently, both good genes and discipline keep the gorgeous Berry tapped into the fountain of youth and on the list of most fit celebrity women.

When it comes to fitness, no one does it quite like the one-of-a-kind Madonna. The Material Girl has been on the music scene for decades, and her body seems to only improve with each one. The 50-plus entertainer keeps her body in tip-top shape by working out five to six days a week for two hours at a time, even when she’s on tour.

Her fitness routine consists of Pilates, yoga and strength training, although she’s always incorporating new and different activities, like biking, swimming, martial arts, and horseback riding. Madonna’s decades-long commitment to fitness shows not only in her lean and toned physique but also her physically demanding performances that leave us gasping for air — and we’re just watching.

Beautiful and talented Beyoncé, aka Sasha Fierce, aka Mrs. Carter, is the vocal and entertainment powerhouse who proves that fit doesn’t always mean skinny. With curves for days, Beyoncé’s body is a showcase of defined abs, toned arms and legs and a firm derriere. Even giving birth to her first child, Blue Ivy, didn’t stop the international songstress from maintaining a healthy lifestyle and diet; however, her fitness routine may be tough for the average gal to follow.

While Beyoncé credits working out in stilettos and 12-hour rehearsals for much of her body’s condition, she also follows a protein-rich diet and incorporates extensive cardio and circuit training into her daily routine.

When Jennifer Lawrence was on set for X Men and Hunger Games, she was working with a personal trainer all the time.

She also has a balanced diet of unhealthy and healthy food.

When this Scandal star was on set, she would work out for several days in a row.

On camera, Washington spends a lot of time on high heels, so she needs to make sure she stays fit!

The Charlie’s Angels star still look amazing after all these years.

She has been doing a Pilates routine for the past decade. Liu also feels motivated to eat healthy because it helps her feel her best.

This pop icon has maintained an amazing body for a few decades now. She does five intense exercises she goes between throughout her workout routine.

Stefani has told people that she needs to give her body a break when she listens to it.

The actress has admitted that she is addicted to working out.

So she doesn’t get bored, Hudgens goes through a variety of workouts.

From the big screen to the small screen, Aniston is always in shape no matter what the role is.

Her secret is that she combines cycling and yoga with her personal trainer!

Vergara has admitted in interviews that she is a morning person so she forces herself to workout in the morning.

She says if she does not workout first thing in the morning, then she doesn’t do it at all. We can relate!

Kidman has a way of looking flawless on the red carpet or on screen. Kidman knows what her strengths are and what to show off when it comes to clothing.

The actress is able to walk around with confidence.

Rowland has one of the best bodies in Hollywood. The singer spilled that she does 45 minutes of ab workouts every single night.

She says she tries to engage her core when she is walking or dancing around.

Even though she has one of the best bikini bods in Hollywood right now, Bilson admitted she hates going to the gym.

The actress said that her favorite form of exercising is playing tennis, hiking, and yoga.

The former Pussycat Doll has always been in amazing shape. In order to maintain her physique, she loves intense dance sessions, jogging, and a 10-minute treadmill session.

She has worked with the personal trainer, Adam Ernster, for a long time.

To make sure she gets in amazing shape for Suicide Squad, Robbie had to work with a personal trainer.

She did high-intensity intervals to Pilates. She worked out so much that she could eat anything she wanted!

The Being Mary Jane star is able to stay in shape by doing a lot of different cardio workouts. Union has admitted she loves running with her dogs.

The actress has said in interviews that she loves to eat lots of lean proteins and leafy greens!

The movie star likes to complete an intense workout that will make her body look amazing on and off screen.

She slimmed down by completing a circuit training for over 40 minutes with no rest.

The actress is able to keep her figure by having a consistent workout routine! She loves to do a combination of cardio and strength training.

Millian admitted that she loves to get the blood flowing, even if she skips a day or two of workouts!

Well, Those Were the Most Fit Celebrity Women!

These ladies love to work out and stay fit to maintain their health goals! Click the next button to see the most fit celebrity men in Hollywood!