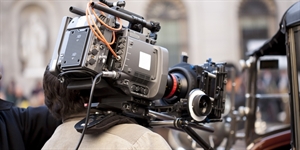 A documentary may chronicle news, but it also may create news. Directors make docs with the hope of introducing revelatory ideas and facts to an audience. These revelations may lead to change, be it the fate of a lone individual or the structure of an entire culture. Several documentaries will be remembered not just as “movies” but as catalysts of social action.

One of the most historically important documentaries goes back to the very beginnings of cinema. The Lumière Brothers’ “Arrival of a Train” is exactly what its title implies. A train arrives in a station, and passengers disembark. The film seems quaint by modern standards, but it stunned 19th century audiences who had never seen a motion picture before. According to a 1895 account in “Der Spiegel,” the film caused several audience members to panic as if afraid the approaching train would crash out of the screen and run them over. Though scholars now think this story might be urban legend, the simple cinematic reproduction of an everyday event fascinated the public of the time.

Introduced and narrated by former Vice President Al Gore, “An Inconvenient Truth” brought public attention to the phenomenon of global warming. In a very basic yet clear presentation of scientific facts, the film issued a clarion call for how everyday people can take swift and immediate action to improve the environment by changing their lives to create a carbon-neutral planet. The film received an Oscar for Best Documentary in 2006.

“Mr. Hoover and I” is a stunning biographical documentary due to its almost provocative minimum of conventional visual detail. For most of the picture, its director, Emile De Antonio, stands in front of a camera and talks. It sounds dreadfully boring, yet De Antonio is such a hypnotic speaker that the viewer quickly becomes engrossed in his rich and fascinating biography. Whether he speaks about his friendship with Andy Warhol, catalogs his persecution by the FBI or simply reads a five-minute passage of philosophy from Jean-Paul Sartre, his deep and personal observations of the world open minds far wider than a dozen Hollywood blockbusters.

We always knew fast food did not lead to a slim waistline, but Morgan Spurlock’s “Super Size Me” uncovered the shocking truth behind those delicious burgers. The director pulls a comedic but dangerous stunt: He eats his breakfast, lunch and dinner at a popular fast food restaurant every day for a month. As a result, he gains 25 pounds, sends his cholesterol levels off the charts, and becomes a heart attack waiting to happen. As a result of the film, the restaurant chain took the “super size” option off the menu and started offering healthier alternatives in an attempt to quell the American ambition of being the fattest nation.

Writer/director Errol Morris recounts the story of Randall Dale Adams, a prisoner unjustly put on death row for a murder he did not commit. The film is a damning exposé of a Texan court system that jails the innocent. The publicity surrounding the film resulted in Adams’ conviction being overturned and his becoming a free man.