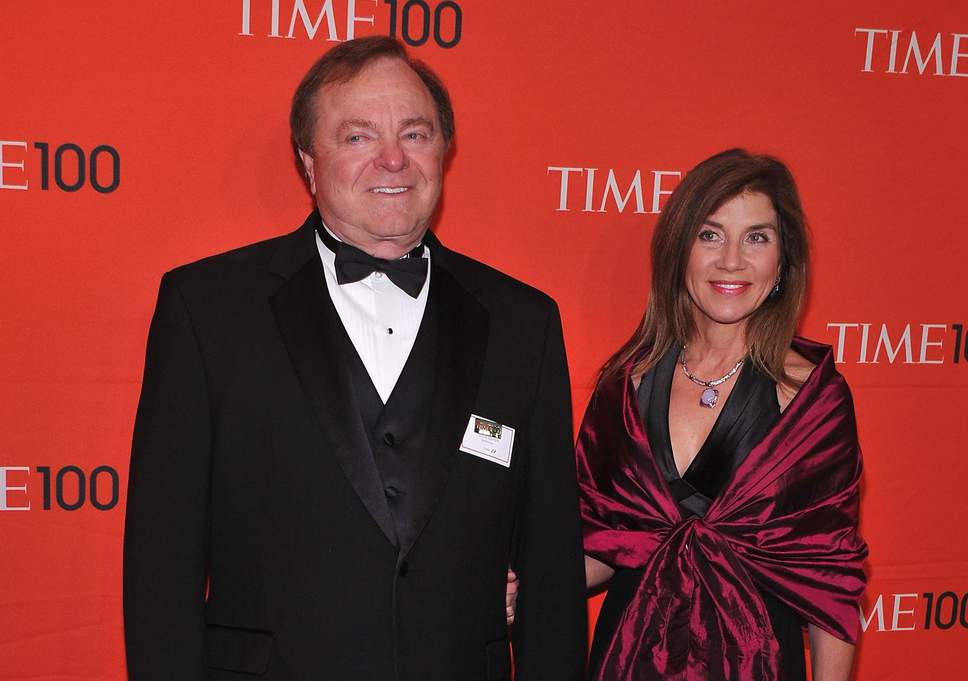 Expensive divorces are nothing new to celebrities. They’re as common as breathing nowadays. However, while the average couple is fighting over the family house, cars and maybe a few thousand dollars, the wealthiest among us are fighting over millions, and sometimes billions, of dollars. In fact, the most expensive divorce settlements in history could probably solve a small country’s hunger or debt problems.

Here is our list of the most expensive divorces:

Even Indiana Jones is not exempted from the list of the most expensive divorces.

Harrison Ford was said to have paid his ex-wife Melissa Mathison $118 million as part of their divorce settlement.

The couple was married for about two decades.

The United States president’s first marriage deserves a spot on the list of expensive divorces, and as you probably guessed, the divorce was messy.

What caused the breakup was the fact that Trump was having an affair with a young model, Marla Maples, although they tried to keep it under wraps but failed.

In the end, Ivana made out with $14 million, amongst other things, after months of messy court battles and media drama.

This was one of the most popular and expensive divorces in sports.

Apparently, golf wonder-boy Tiger Woods has a sex problem, and unfortunately, the matter leaked to the public and his Swedish-model wife, Elin Nordegren. She had enough, so she filed for divorce.

According to reports, she got a settlement of about $110 million along with the custody of the children.

Although this is one of the most expensive divorces in Hollywood, with Sandy Mahl getting about $128 million in settlements, the divorce wasn’t messy.

Garth Brooks and Sandy Mahl were married from 1986 to 2001, but after less than two years, Garth fell in love with Trisha Yearwood. They have been married since 2005.

The only reason that could be pointed out as the cause of the split was when Amy said “During my marriage to Steven, I felt like a politician’s wife. There were certain things expected of me that definitely weren’t me.” Irving got $100 million at the time of the settlement, while Speilberg went on to date Kate Capshaw.

The Feel of Neil

This divorce, although expensive, had a merry ending.

Diamond married Marcia Murphey at the time he was recording major hits like “Sweet Caroline,” “I Am… I Said” and more. But the marriage came to an abrupt end when rumors of infidelity started to spread, and Murphey filed for divorce, citing irreconcilable differences.

Although the amount of the settlement was not disclosed, Diamond himself was quoted as saying, “She deserves half my fortune. I wish her all the happiness $150 million can bring.”

Co-founders of BET TV, Bon and Sheila were married for 33 years before their divorce and became the first black couple to attain the one billion dollar mark.

The settlement for Sheila was worth $400 million.

When Mel got married to his wife, he probably thought they’d be spending the rest of their lives together.

Unfortunately for him, that proved an expensive mistake. He was forced to shell out over half his estimated fortune as the time of his divorce in 2006. It’s one of the heaviest payouts in Hollywood history.

Unlike most couples after a divorce, this couple still keeps a friendly relationship.

With the divorce costing Craig about $460 million dollars, surely money wasn’t a factor for the divorce.

Not everyone lives the marriage life that most people believe. Elena couldn’t keep up with her hubby ’s infidelity and soon applied for divorce.

She was first awarded a settlement of $4 billion in 2014, but after an appeal, she finally walked away with just $604 million.

When you see the name Wynn, you probably think of the decadent Las Vegas hotel and casino.

Back in 2010, Steve Wynn, chairman and CEO of Wynn Resorts, finalized his divorce from Elaine, giving her more than 11 million shares of stock worth a total of $741 million.

At first blush, this looks like a great payday for more than 25 years of marriage; however, it came with a catch. Elaine could only sell her shares as directed by her former husband.

By maintaining control of Elaine’s shares, Wynn’s leadership position within the company remained secure. However, in 2013, Elaine filed suit in federal court, requesting permission to sell the shares she was awarded in the divorce.

The fourth couple on our list married in 1961, when the bride was only 15 years old. Saudi entrepreneur and arms dealer Adnan Khashoggi divorced Soraya, his wife of 13 years and mother of his five children, in 1974. At $874 million, the Khashoggis’ divorce settlement was the most expensive in history for two decades. According to The Guardian, sometime after the divorce, the couple’s daughter Petrina took a DNA test that revealed that Adnan was not her biological father.

We only have one question. What prompted Petrina to take the test in the first place?

Something tells us the backstory would be a great soap opera or telenovela episode. However, Adnan’s family drama is tame in comparison to his well-established bigger-than-life persona, which includes extravagant parties, high society relationships and uncanny connections to several major scandals of the late 20th century, with the Iran-Contra scandal being the most notable.

When Formula One president and CEO Bernie Ecclestone divorced his wife of 24 years, Slavica, back in 2008, he made the former model Britain’s richest millionaire as a result of the divorce. Although the divorce settlement was not made public, experts estimate it to have been approximately $1.2 billion. Although there are no salacious details to report about this divorce, here is a fun fact about the former couple: Standing at a tall six-feet, two-inches, Slavica was nearly a foot taller than her former husband. Clearly, Bernie had a healthy ego.

Not every guy has the confidence to date a significantly taller woman, let alone marry her. Although Bernie’s divorce didn’t result in ugly headlines, he has not been so lucky when it comes to business. In 2013, German authorities brought bribery charges against Bernie, alleging he bribed former banker Gerhard Gribkowsky, who has since been jailed, in exchange for favorable treatment in a financial transaction he managed back in 2006.

This one is a bit scandalous. After divorcing his wife of 32 years, Anna, back in June of 1999, Australian media tycoon Rupert Murdock married Wendi Deng, several decades his junior, 17 days later. According to Anna, Rupert caused the marriage’s demise when he had an affair with his then-translator Wendi. What makes the divorce settlement in this case even more interesting—besides the $1.7 billion Anna received—is that $110 million of it was in cash. We wonder how he delivered it. In an armored car, maybe?

But wait. Scandal followed Rupert into the business world, too. Britain tabloid News of the World, owned by Rupert, is at the center of a phone-hacking scandal that made international headlines in 2011. It is alleged that hundreds of well-known figures, ranging from actors and musicians to politicians and murder victims, had their voicemails hacked by News staffers. Rupert has since shut down the tabloid and settled several lawsuits.

The divorce between self-made oil billionaire Harold Hamm and his second wife, Sue Ann Hamm, is one of the most expensive divorces in history. Filing for divorce on May 12, 2012, Sue Ann alleged Harold was having an affair. According to Forbes’ 2013 World’s Billionaires list, Harold is worth $11.3 billion, with the majority of his wealth held in Continental Resources stock, a leading oil development company he founded and which he currently serves as chairman and CEO.

Sue Ann stood to receive up to half of Harold’s 68 percent ownership interest.

Jeff Bezos is the richest person in the world. Their home state of Washington happens to be one of nine states where all residents can do a 50/50 split of the marital assets. Apparently the two decided it was the best decision for their marriage. The couple claimed they will remain friends for their four children.

The settlement is supposedly supposed to be around $68 billion. Wow!

The couple decided to call it quits in 2008 after eight years of marriage. Ritchie felt that Madonna’s life was a soap opera. But Madonna claimed she no longer felt that they were in love anymore.

The settlement between the two was supposed to be at least $76 million.

The couple married when Jordan was on his second season of the Chicago Bulls in 1989. They had a small Las Vegas wedding. In 2002, Vanoy filed for divorce. But they decided to try and work on things. At the end of 2006, they decided to go through with the divorce.

After 17 years of marriage, Vanoy reportedly walked away with $168 million.

The actor and his wife met at California State University in 1975. They married two and a half years later. After 16 years of marriage in 1994, the two called it quits. Apparently Costner had a “wandering eye” and Silva did not like he had “sexy roles.”

Apparently after they settled, the amount that was reported was $80 million.

The former Beatles’ star and Heather Mills split in 2008. McCartney later said that marrying her was the worst mistake he made that decade.

The settlement ended up being almost $50 million.

Those were the most expensive divorces of all time!

Where you shocked by any of these? It seems that some people walked away with so much money that it’s amazing!