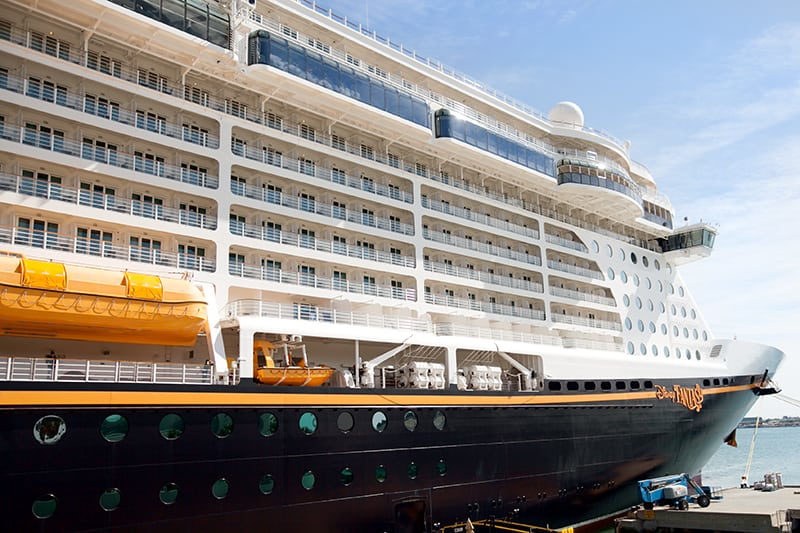 Expensive cruise ships come in two main categories: those that cost a lot to build because they’re gargantuan, and jewel-bespangled boats of a more intimate size. Giant and deluxe cruise ships perfectly serve many population segments, such as people who get bored easily, jaded travelers who have been absolutely everywhere so now choose their trips based on conveyance and those who really want to pretend they’re not on a boat.

Here are the most expensive cruise ships in the world: 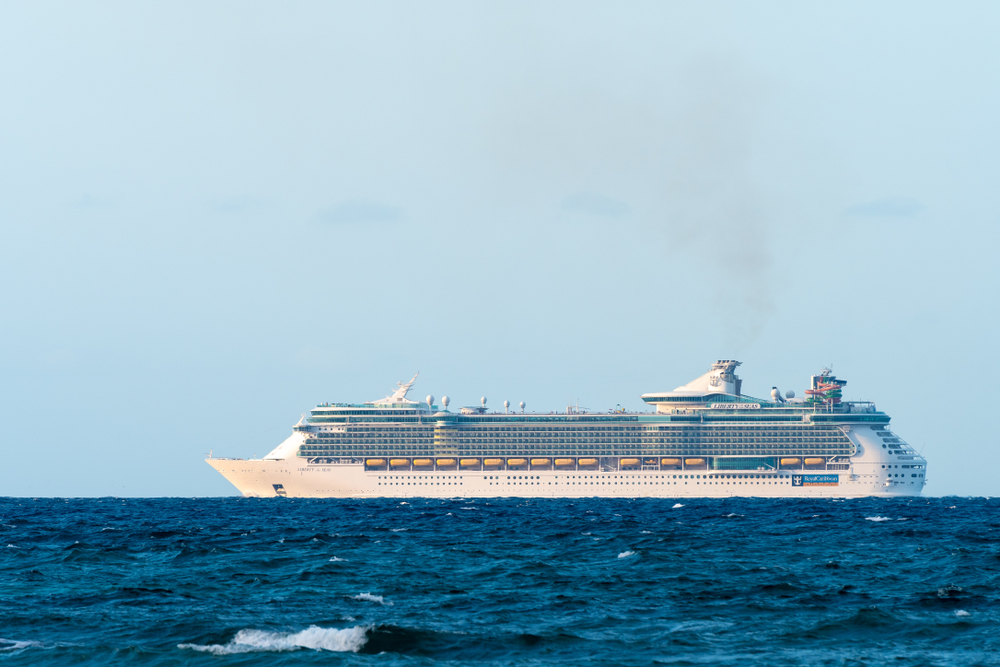 The Liberty of the Seas is a part of the Royal Caribbean cruise line family. It entered the seas in May 2017. And earlier, it was announced that it would be called Endeavour of the Seas, but they decided to change the name.

This cruise ship holds 3,634 passengers and served by 1,360 crew. Liberty of the Seas was the build-in only 18 months in Turku, Finland with its sister ship, Freedom of the Seas. 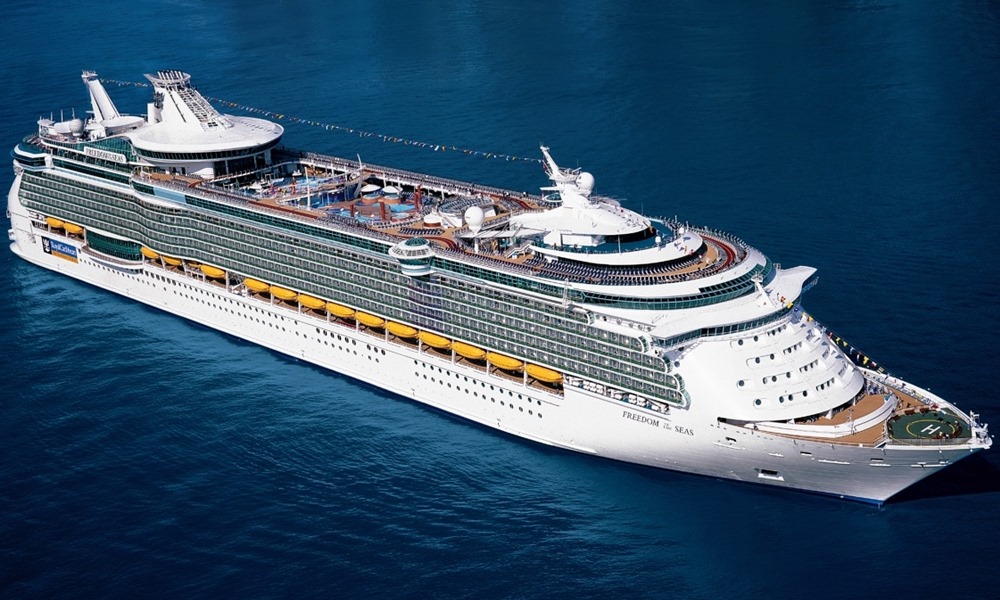 Freedom of the Seas is also a cruise ship that is operated by Royal Caribbean. With its 15 passenger deck, it can accommodate 3,634 passengers and 1,300 crew members.

13.) Independence of the Seas 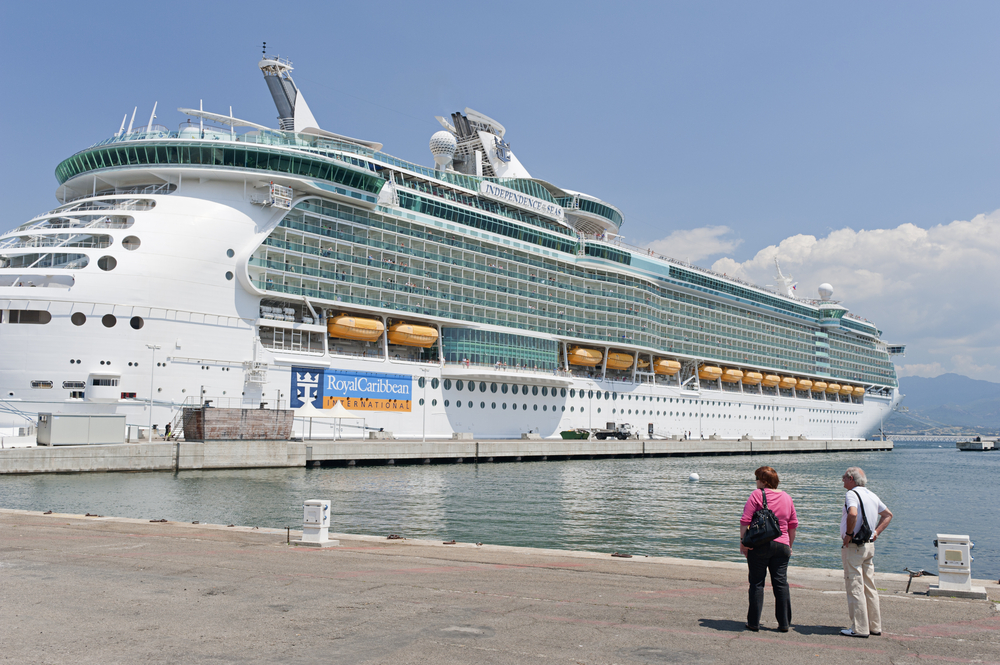 Independence of the Seas was part of the Royal Caribbean cruise line that entered service in April 2008. This 15-deck ship can accommodate 4,370 passengers and is served by 1,360 crew.

This cruise ship is 1,112 feet long and can go 24.9 mph. The vessel operates from Southampton, England and Fort Lauderdale, Florida. 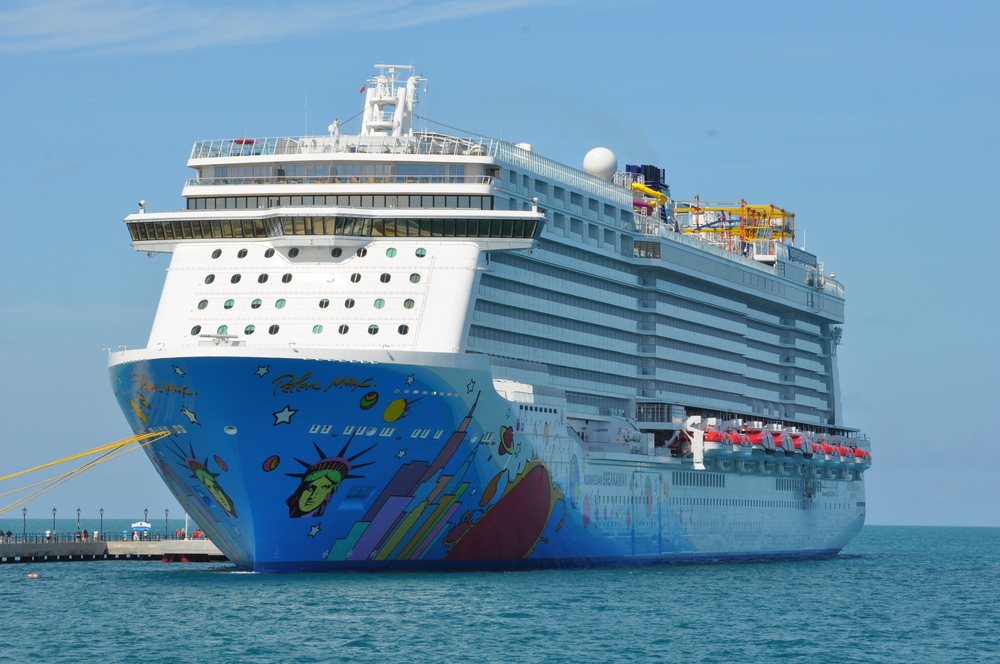 The Norwegian Breakaway has a capacity for 4,000 passengers. The ship has a total of 1,024 staterooms and 238 suites. 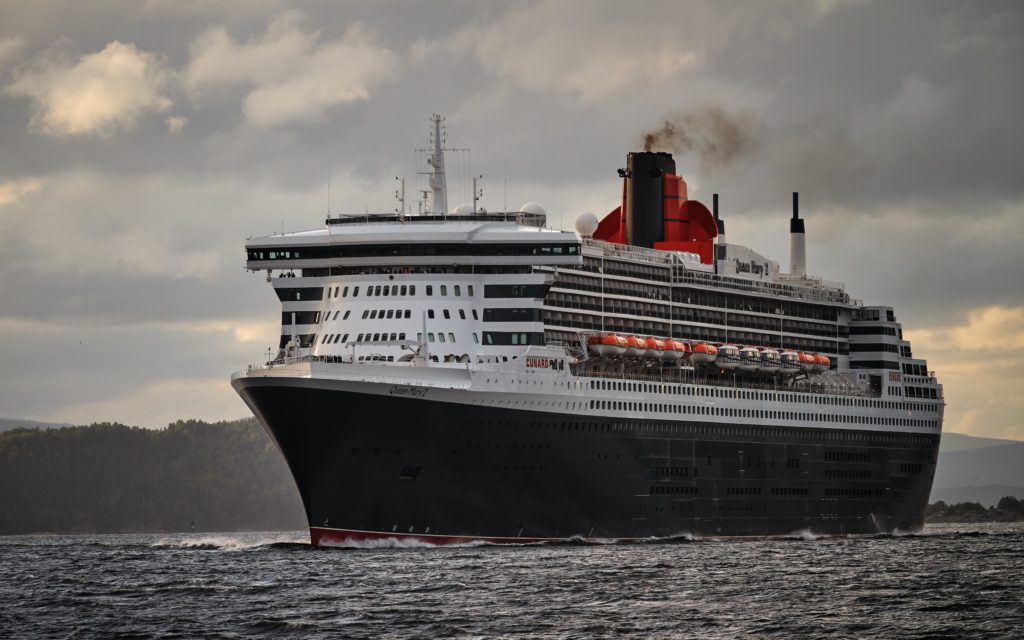 This cruise ship was designed by a team of British naval architects led by Stephen Payne. It was constructed in France in 2003.

At the time of its construction, Queen Mary 2 was the longest passenger ship built. 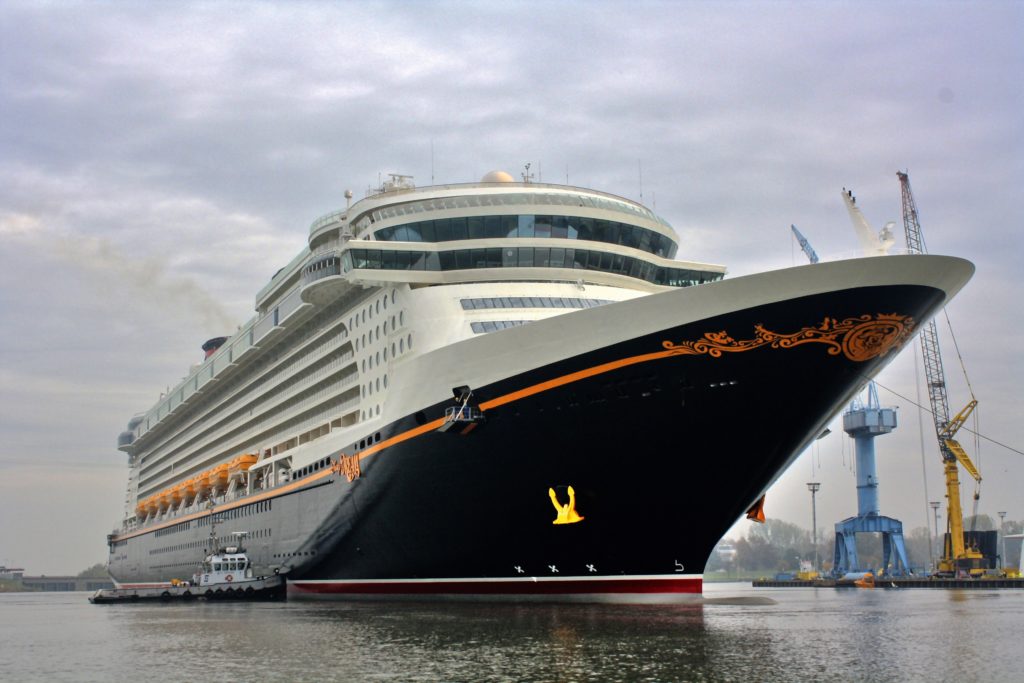 The Disney Dreams has 1,250 staterooms. 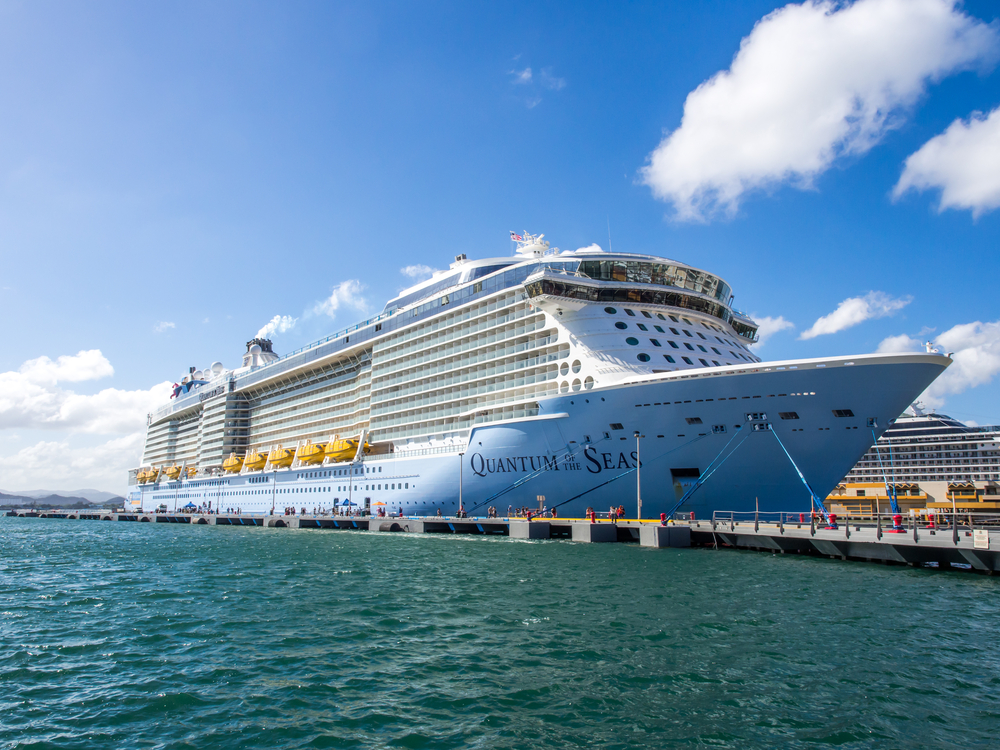 This Royal Carribean was dubbed to be the world’s most high tech cruise ship when it was first relieved. Among amazing features, the cruise line had the first aerial viewing bod on board.

It can take passengers 303 feet above sea level. 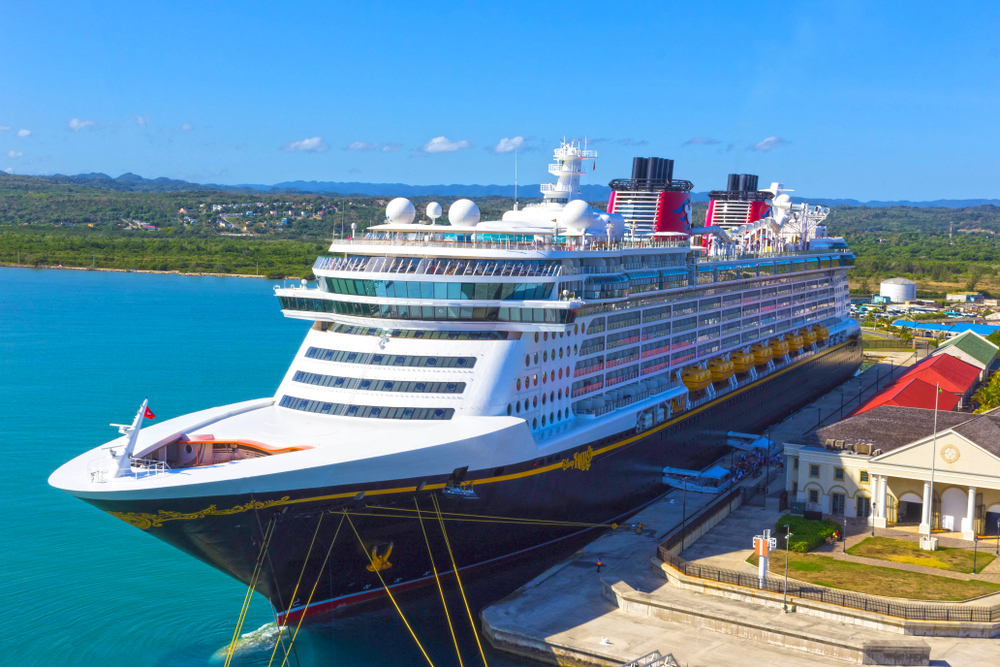 Disney Fantasy is almost identical to the Disney Dream. This cruise ship has a length of 1,120 feet with a width of 138 feet.

One of the most popular features is called the AquaDuck, which is the first water rollercoaster at sea. 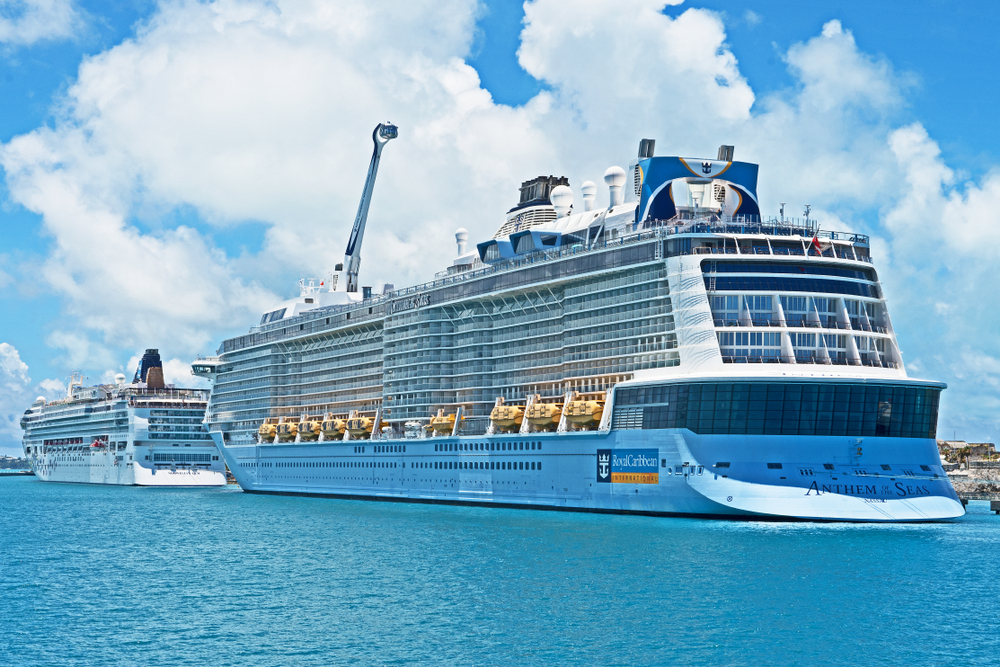 This amazing cruise ship offers cocktails served by a robotic barman with fun activities with bumper cars, a surf simulator, and a skydiving experience.

Anthem of the Seas became the world’s most high-tech cruise ship when it was completed. At 1,114 feet long, it’s larger than the New York’s Chrysler Building. 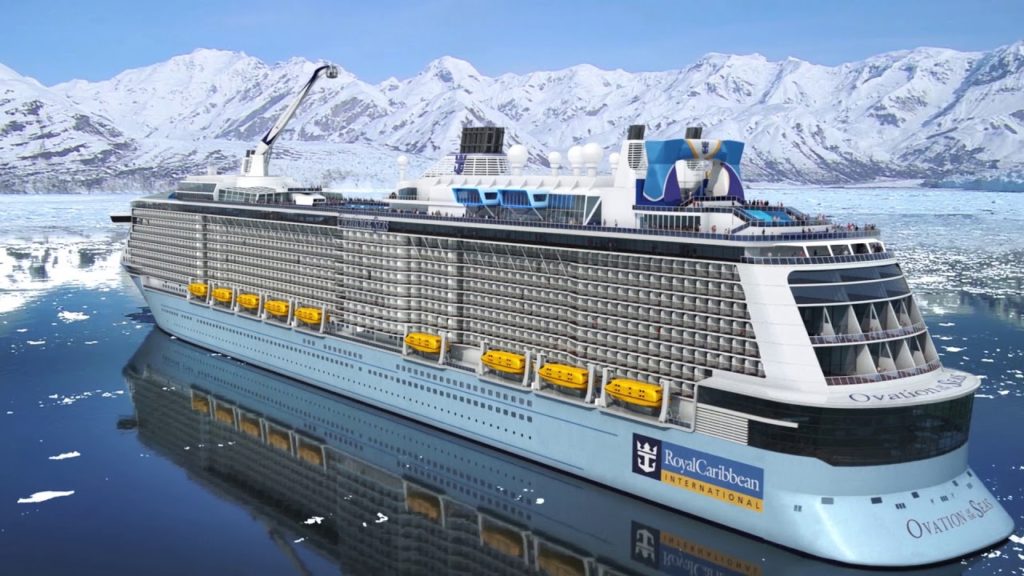 This Royal Caribbean cruise ship is the third-largest in the world. It is one of the most innovated ships ever built to date.

Similar to the Anthem of the Seas, it has a skydiving simulator and a roller skating rink. 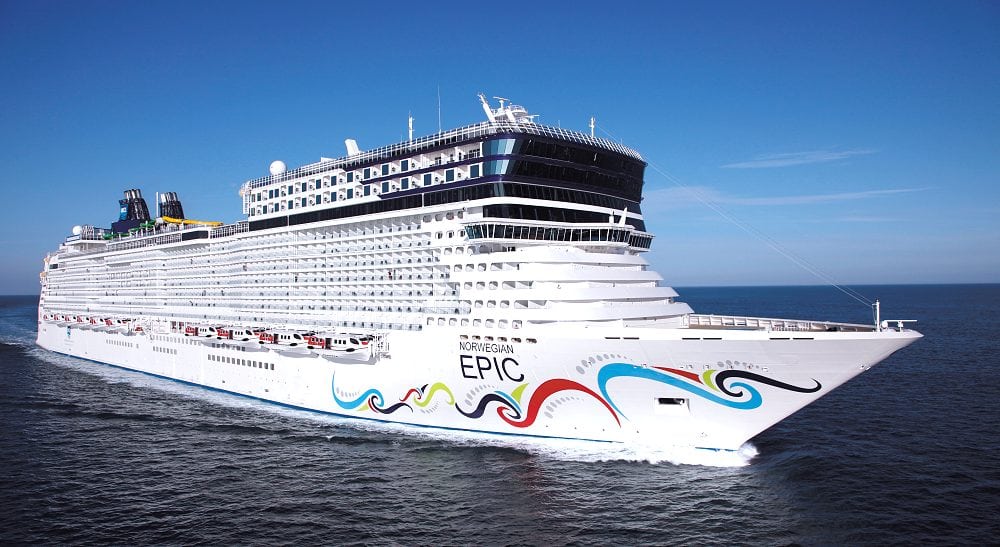 Norwegian Cruise Lines put almost as much into Norwegian Epic, its $1.2-billion, 1,081-foot ship, as Royal Caribbean spent on the Allure and the Oasis (more on those below). This line prides itself on “freestyle cruising,” which means you can eat when and what you want, rather than having preassigned seating. The Epic offers 20-plus places on board to eat. This ship is also part of a new trend to offer studio rooms to solo travelers, without the additional charges cruise lines call “single supplements.” At 100 square feet, the studios are only 28 square feet smaller than regular rooms. The Blue Man Group and other well-known performers entertain guests. A crew of 1,753 cares for the 4,100 passengers on their way to the Caribbean and Europe. 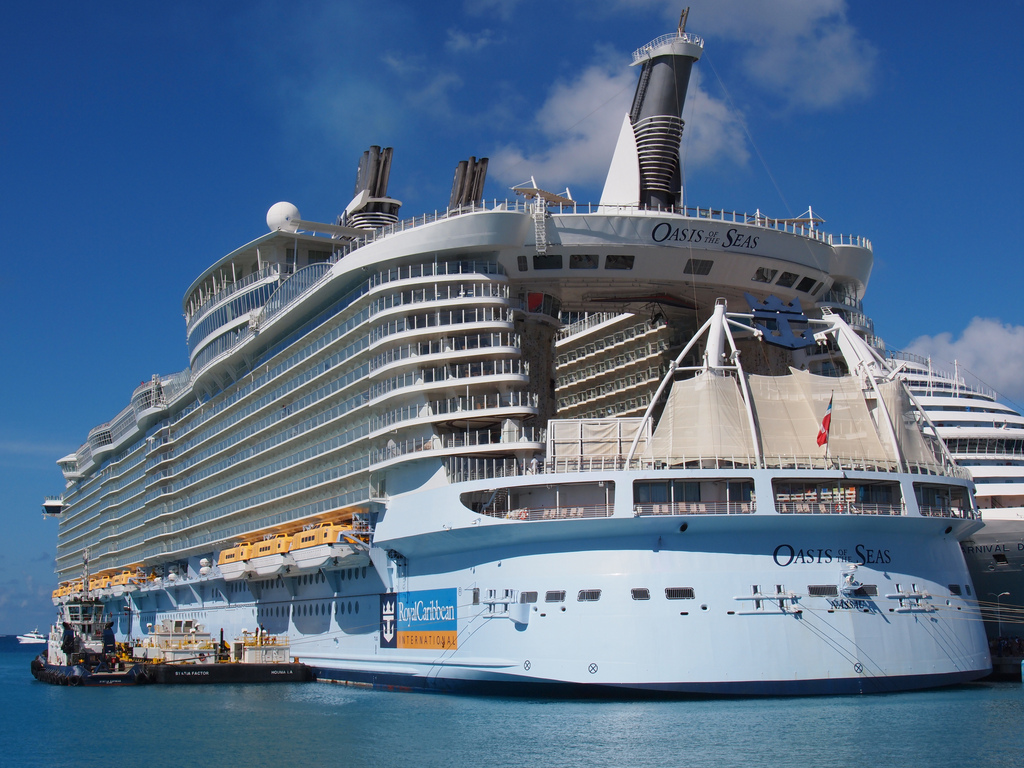 Royal Caribbean’s Oasis of the Seas falls into the honking huge variety. Don’t want to leave your rock-climbing wall at home? Fancy zip-lining across the ship’s boardwalk?

Then this 1,184-foot, $1.4-billion ship might be your home away from home. If you live in a smallish town—say, Saint Paul, Alberta, for example—you could bring your whole population of 5,400 souls for a cruise. The Oasis of the Seas plies the Caribbean from its home port of Fort Lauderdale, Florida.

Aside from its height and price, the Oasis is one cool cruise ship, with amazing features like the central park, which has 12,500 plants, 62 vine plants, 56 trees and bamboo.

Not a nature enthusiast? This cruise ship also some weird facts about it. For instance, the ship uses more than 3,000 miles of electrical wiring. Think about that. The wiring could stretch across Americ, coast to coast!

Passengers can reserve shows before boarding — or once on board, on their stateroom televisions or the box office at the Royal Promenade, and all in high definition.

Also, there are 24 restaurants and 37 bars on board. To control traffic flow, restaurants use technology that measures the headcount so that passengers can see which restaurants are busy from their stateroom televisions and on displays throughout the ship. 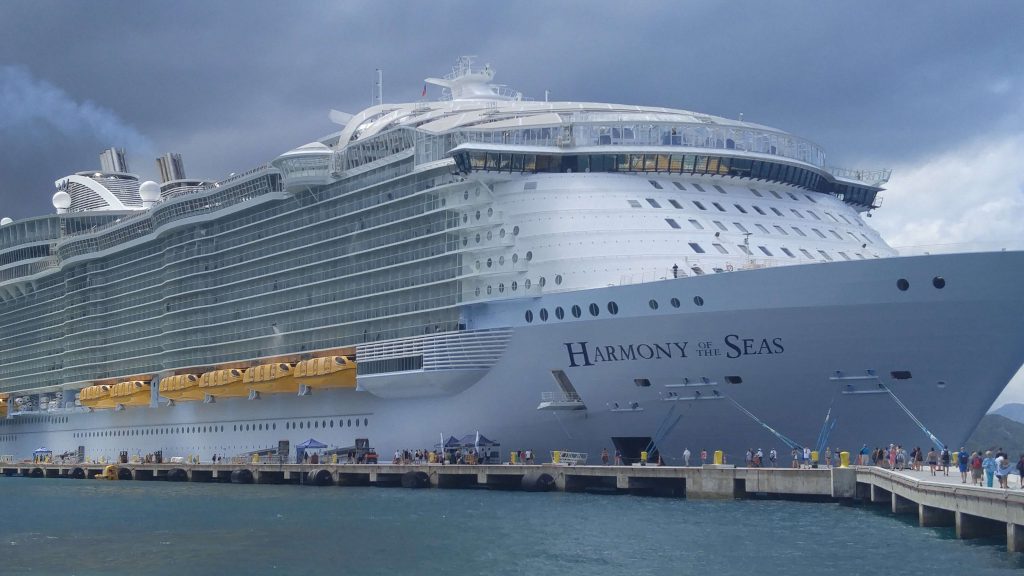 One of the most interesting parts of the Harmony of the Seas is the Ultimate Abyss. It’s not a waterslide; it’s a pair of side-by-side, 216-foot-long slides that run 10 decks, from the Sports Zone (deck 16) to the Boardwalk (deck 6) at the back of the ship. Riders sit on special mats made to ease the glide and ensure they hit the average maximum speed (nine miles per hour).

Those who prefer more leisurely pursuits won’t be disappointed, either. The ship has three big pools and lounging areas, an adults-only Solarium space, a relaxing spa and live music at every turn.

2.) Symphony of the Seas 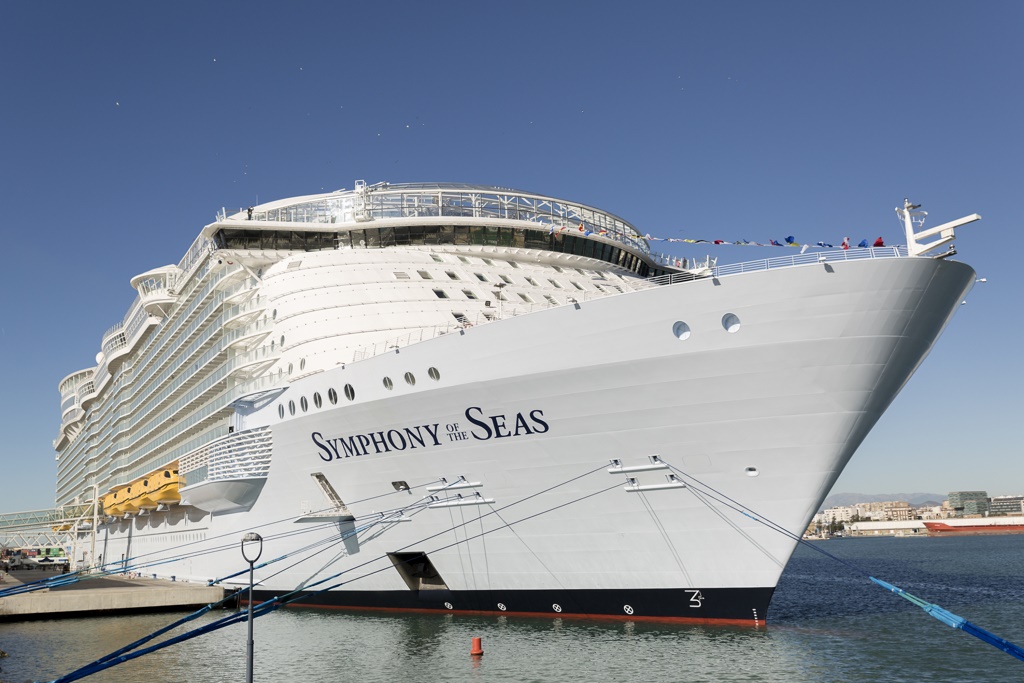 The Symphony has the capacity to accommodate 5,518 passengers up to a maximum capacity of 6,680 passengers, as well as a 2,200-person crew.

Its facilities include a children’s water park, a full-size basketball court, sports bar, ice-skating rink, and two 43-foot rock-climbing walls. There is also a central park which contains over 20,000 tropical plants and a sugar beach. 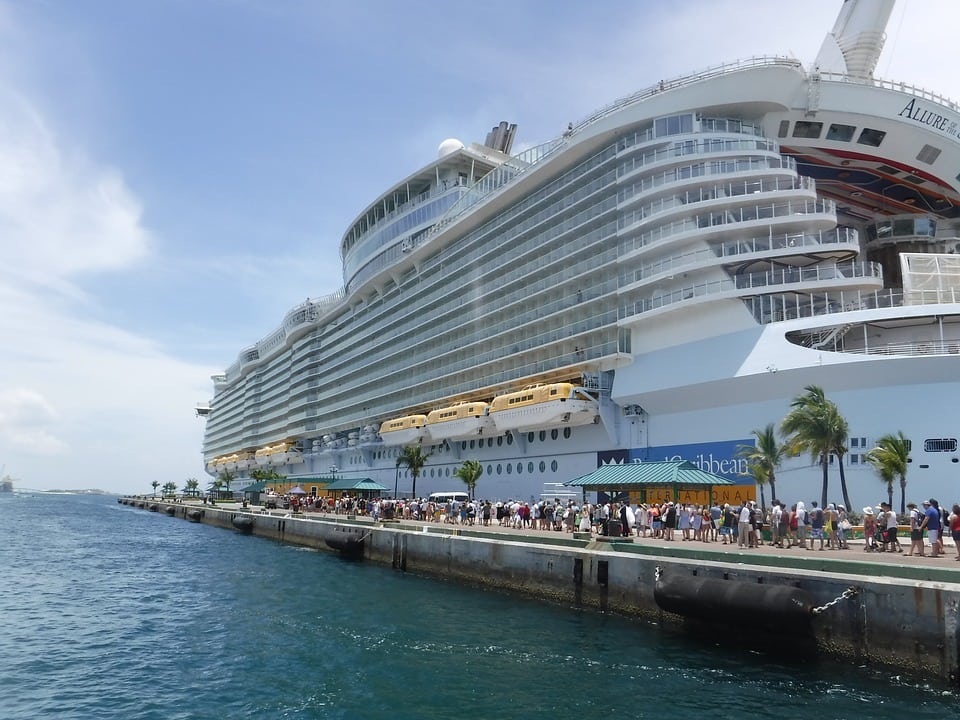 At $1.5 billion to build, the Allure of the Seas beats its sister ship, Oasis of the Seas, by 1/10 billion in price and 2 inches in length, making it the number one out of the top five most expensive cruise ships in the world.

The ship tries so hard to make you feel at home that it even includes the first on-board Starbucks. Each deck sports touch-screen guides with features like “room finder” and “what to do right now.” You can also experience the Caribbean’s famous custom of ice skating onboard the Allure.

Once your ship has come in, consider purchasing one of the most valuable pieces of property on Earth. Click the next button!