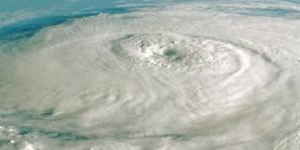 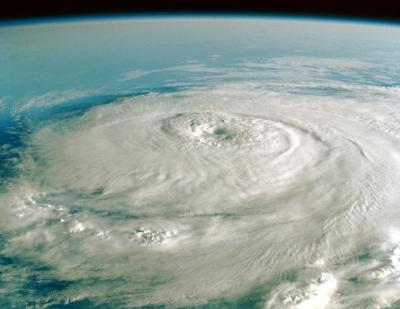 NA/Photos.com/Getty Images
The National Hurricane Center has been naming tropical storms in the Atlantic Ocean since 1953, using a system established by the World Meteorological Organization. These names are set to rotate every six years; however, names are retired once attached to a storm so destructive that using it again would be insensitive and inappropriate. Since 1954, the National Hurricane Center has retired 77 names. Of those storms, these five caused the greatest property damage and loss of life in the United States. 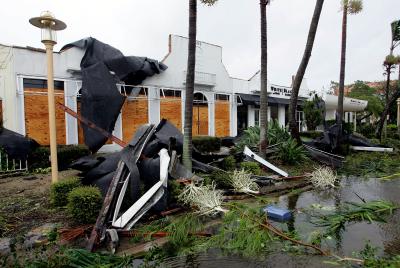 In the same year that Katrina and Ike battered the Gulf Coast, Hurricane Wilma made a late arrival in Florida Oct. 24 and 25, 2005, becoming the eighth hurricane to pummel the state in 15 months. With winds in excess of 125 miles per hour, Wilma battered the heavily populated coasts of Fort Lauderdale and Miami, flooding large portions of the Florida Keys and leaving millions without power. At the time, the Category 3 storm was the most powerful recorded in the Atlantic and killed over 50 people. 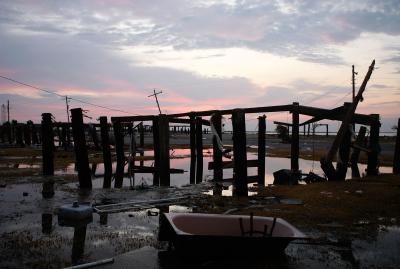 Hurricane Ike made landfall Sept. 14, 2008 as a Category 2 storm, blasting the Gulf Coast of Louisiana and Texas that were still recovering from Katrina’s devastation. The storm caused surges of between five and 15 feet throughout the Gulf Coast region, where it made landfall as it continued inward. Although Ike lost its tropical characteristics, it continued to blast the southern and Midwestern United States, spawning 29 tornadoes and exacerbating flooding. Ike killed 72 people in the U.S., another 83 in the Caribbean and caused an estimated $27.8 billion in property damage. 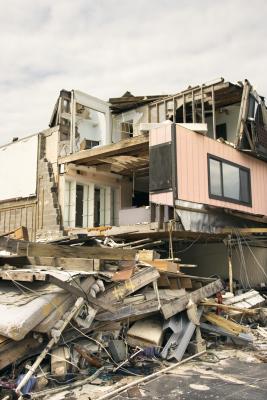 Hurricane Andrew ravaged South Florida and the Miami-Dade area Aug. 26, 1992. Over 1 million residents fled the area in the wake of the Category 5 hurricane with winds in excess of 150 miles per hour. Over 25,000 of those residents returned to find their homes destroyed. Andrew killed over 50 people and caused an estimated $45.6 billion dollars in property damage—one of the costliest storm to date. 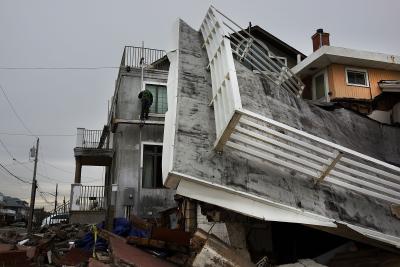 The storm began as a hurricane, but by the time it approached the northeast U.S., it had lost most its tropical characteristics, becoming a post-tropical storm. Dubbed Super Storm Sandy, the Category 2 storm made landfall on the coasts of New York and New Jersey Oct. 29 and 30, 2012. Sandy caused 72 direct deaths, with an additional 87 people losing their lives in the aftermath. The storm devastated many beach communities with storm surges over 8 feet, causing at least $50 billion in property damage. 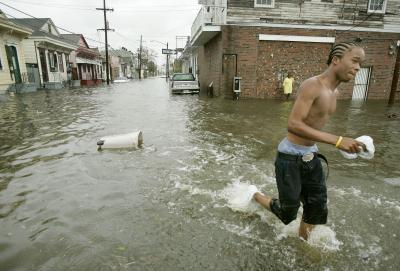 As a Category 1 storm, Hurricane Katrina battered the Florida coast Aug. 25, 2005. Regrouping and strengthening in the Gulf of Mexico, the storm slammed into Louisiana and Mississippi Aug. 29 as a Category 3. Over 1 million people were evacuated as coastal areas flooded beneath storm surges as high as 28 feet. The most destructive and costly hurricane to hit the U. S. since naming storms began, Katrina was responsible for an estimated $105.8 billion in property damage and the loss of nearly 2,000 lives.