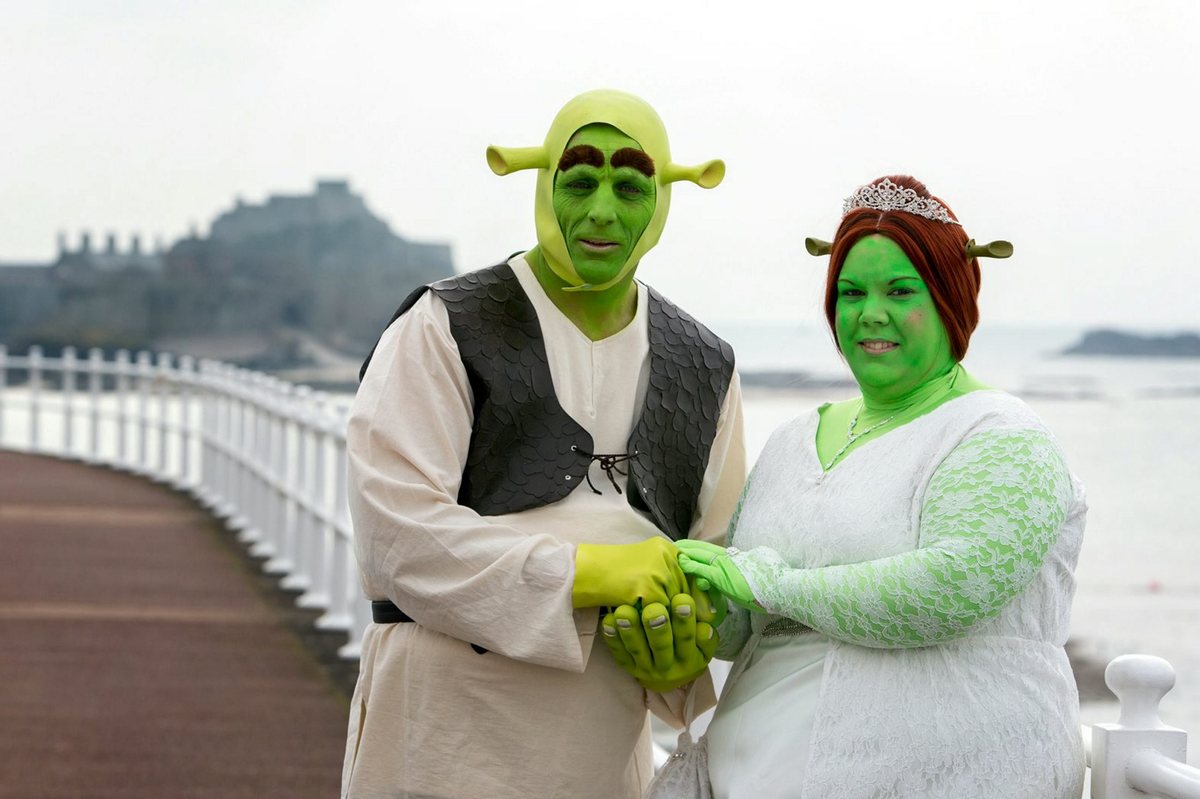 Historically, couples have worried about pleasing their parents with their wedding traditions. Church ceremonies followed by church venue, country club, beach venue, or other traditional reception locations were the norm. And, while these are still the more popular wedding choice, some couples are breaking tradition and going in the direction of themed weddings (many of them bizarre weddings) to make their big day unique, memorable, and as a way of expressing their personalities. We’ve seen a lot of bizarre weddings out there, but these five really take the cake:

Have you ever dreamed of getting married underwater? Unless SCUBA diving is your thing, this bizarre wedding trend probably never crossed your mind. And – unless your close friends and family are also avid divers, you probably want to stay on dry land so you can be surrounded by loved ones when you say ‘I do.’ Plus, can you imagine trying to dive in a traditional wedding dress? That being said, not everyone feels that way.

Underwater weddings have become a trend amongst the diving community, and companies around the world specialize in them.

Popular underwater wedding destinations include Polynesia’s Bora Bora Lagoon, Bahama’s Grand Bahama Island, various dive destinations in Thailand, and many more. If the wedding party is comprised of divers, these guests can be invited to attend the underwater bizarre wedding trend. If not, often couples will choose to celebrate the nuptials afterward on a boat or on the beach. If on a boat, often times the wedding an underwater videographer will be present and the video streamed to those aboard.

Couples won’t actually be able to say ‘I do’ underwater, so most use waterproof slates on which they can write ‘I do’ instead.

If this interests you but you want to take it a step farther, consider getting married underwater and in a shark tank, such as at Captain Steve Hogan’s Makena Coast Dive Charters in Maui.

Among other elements, bees symbolize community, love, life, and communication. Many couples include a nod to bees in their weddings such as images on invitations, or even honey as a party favor. Others take it a bit farther…

Is being covered with bees one of your worst nightmares? Ours too. However, Chinese beekeepers Yan Hongxia and Li Wenhua don’t feel this way. Beekeepers for over 25 years, they wanted to include their lives’ passions in their nuptials. In this bizarre wedding, they planted queen bees in their clothing to attract the remaining swarm.

“It was an amazing feeling to have a carpet of living bees moving over my body,” Yan said. “I could feel them as they moved around. It was amazing. I have always loved bees but this was a totally new experience.”

No word on how many stings the couple received (if any), or whether their close friends and family chose to attend…

Many brides have been dreaming and planning their big days since early childhood, the dress being a big part. Dress shopping is quite an ordeal, and post-wedding, many brides dream of passing their dress down to a future daughter or even having it repurposed as a christening gown for their children. Some brides, however, now have the option of eating their gown.

Cake sculptor Sylvia Elba and created the world’s first edible wedding dress – made entirely out of cake – and weighing more than 140 pounds. Elba worked on the cake with Yvette Marner, founder of Fun N Funky Cakes, and artist Ilinka Rnic.

The ‘wedible’ concoction took more than 300 hours to create. It was comprised of nearly 80 lbs of fondant, over six pounds of cake lace, and approximately 2,000 sheets of wafer paper. The decorations were glued together with edible decorating liquid. In total, the gown stood at 5 feet, 5 inches.

Inspired by their 4-year-old son’s love of the animated ogre Shrek, Paul Bellas and Heidi Coxhall had a Shrek-themed wedding. Son Leo dressed as Shrek’s pal donkey, and Coxhall’s brother dressed as Muffin Man from “Shrek 2.” Other guests got into the fairytale character theme as well, with Snow White, Cinderella, and Beauty and the Beast’s Belle in attendance as well.

Coxhall, who wore a green dress and long red braid to resemble Princess Fiona, crafted both her dress and her fiance’s attire. They had to allow 90 minutes for the application of green makeup. In true Shrek fashion, Coxhall said her ‘I do’s’ in human form then morphed into green to the reception, similar to how Princess Fiona transforms into an ogress at night.

“The message behind Shrek is that it doesn’t matter what you look like or who you are,” Coxhall said. “It’s all about true love – I thought it sounded absolutely perfect.”

In 2013, U.K. couple Rob Blackmore and Jennifer Jones won a Facebook contest sponsored by a video game company to win their dream wedding. What ensued is believed to be the first zombie-themed wedding in the U.K.

The couple, who had already planned to marry on Halloween, don’t consider themselves traditionalists, so a white wedding was never in the plans. This, combined with their love of zombies, is what helped inspire their bizarre wedding.

“Ever since I was a child in the 1980s and saw my first zombie film, I was drawn to zombies. When technology grew and computer games came out, the first zombie game I played was Resident Evil. From there it just escalated and I became a huge fan. I’ve never played a zombie game I haven’t liked,” said the groom.

The bride wore a black dress and orange veil, to match the groom’s orange vest. Both had their faces painted to reflect the dead, as did many of their 250 guests. It certainly gives new meaning to the phrase “till death do us part.”

Have you been to a bizarre wedding, or perhaps even had one yourself? Tell us in the comments!