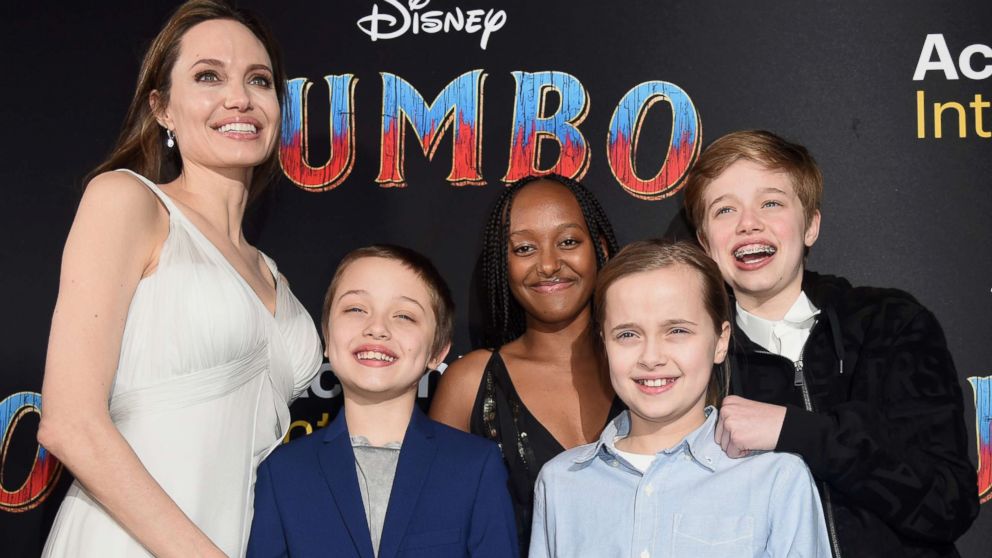 Oftentimes, when we see celebrities with their families, it’s a reminder that they’re just like us. They go out for dinner, and they ride roller coasters at the amusement park.

However, it’s also during times like these when we notice a little bundle of cuteness that makes us forget all about the popular megastar. From Nahla Aubry to Suri Cruise, it’s time to recognize the most adorable celebrity children. Why should their parents get all the attention?

Although Kingston Rossdale is not a child anymore, the teenager still has his place in our hearts. In fact, adorable doesn’t even come close to describing the son of rockers Gwen Stefani and Gavin Rossdale.

Already a trendsetter when it comes to personal style, Kingston has rocked every hairstyle imaginable, from Brad Pitt long to a closely-cropped mohawk, and in different colors. However, Kingston’s individuality doesn’t stop at his hair. Taking after mom and dad, you will always find Kingston in the hippest attire, but nothing cookie cutter. His style is definitely one-of-a-kind and uniquely him, which is precisely why we love this cutie.

Another adorable celebrity kid with great genes is Lou Samuel. Lou is the daughter of model Heidi Klum and singer-songwriter Seal.

Lou can often be seen frolicking about with her mother and three siblings, whether it’s at the beach, park or local pizzeria. She definitely comes from a family that enjoys family time outdoors. Although still quite young, Lou is already growing into a beauty like her mom.

When Oscar-winning actress Sandra Bullock adopted her first child, Louis, it was a match made in heaven. Bullock has been all smiles since becoming a new mommy. Although Louis is still very young, he seems to have the Hollywood life down pat.

Often seen sporting the latest athletic gear, complete with a baseball cap turned to the back, Louis exudes swagger, jet setting around the globe with his movie star mommy like an old pro. Considering mama Bullock has a great sense of humor, we wouldn’t be surprised if little Louis has one too. The two can often be seen sharing a laugh with one another.

One of the cutest celebrity kids to hit the scene is none other than Suri Cruise. The daughter of actors Tom Cruise and Katie Holmes, this beautiful girl is already a budding fashionista.

We suspect she gets this from her mother Katie, who always looks effortlessly classy and chic. While walking the streets of New York City, it’s not unusual to see the young Suri rocking a short heel or floral-print flat, bright-colored headband, usually with a flower, colorful tights and playful dresses with a couture vibe. This little one is definitely fashion-forward.

That old adage that “life isn’t fair” has never been truer when it comes to the adorable Nahla Aubry. Born to the gorgeous actress Halle Berry and equally beautiful model Gabriel Aubry, this little beauty queen-to-be was all but guaranteed good looks.

Although the little tyke is growing up in the public eye, mommy Halle seems to be doing a good job of keeping her grounded. The two can often be seen playing on the beach, in the local park or at a nearby amusement park.

As soon as Shiloh was born, the media couldn’t stop trying to snap pictures of her with her parents, Angelina Jolie and Brad Pitt. Everyone was saying that she had won the genetic lottery, and we couldn’t agree more.

Shiloh managed to stay out of the spotlights despite a few controversies over her clothing choices that happened over the years. Now, we can spot her rocking a short haircut and suits with ties on formal occasions.

The daughter of Jennifer Garner and Ben Affleck has shocked the public eye with her latest appearance on the red carpet at the Hollywood Walk of Fame last year. After being perfectly hidden from the media when growing up, she sure stole the spotlight on that day.

Now 12 years old, her resemblance to Garner is striking. Her golden locks and cute smile have already charmed us!

Matilda Ramsey not only inherited her dad’s looks, but she also proved to be extremely witty, even at the expense of Gordon Ramsey himself!

The young lady is 18 years old this year, but she had been active in the media (and stealing our hearts)  since she was 4 years old.

We can’t get enough of the cute little cherub that is Miles Legend, son of John Legend and Chrissy Teigen.

This precious tot is 1 year old and is already almost identical to his father. Talk about strong genetics!

Is Apple Martin a mini-Gwyneth Paltrow or what? The 15-year-old young girl caused ripples in the media after her mom shared a rare picture of them together on Instagram.

The actress shared the following caption: “I will never be able to put into words how much I love you,” Paltrow wrote in her heartfelt caption. “You are so strong and so good and so damn funny and sooooo gorgeous inside and out. I am the proudest mama ever.”

Ava Philippe could easily pass for Reese Whitherspoon’s little sister. The pair looks so much alike that it kind of spooked us out at the beginning.

There is no denying that Ava has her own charms though. When she was a little younger, she melted our hearts with her cute little face. Now that she’s 19 years old, she’s charming us all with her aesthetic pictures on Instagram!

Lila Grace must be following on the footsteps of her mom, Kate Moss. At 16, he made a dazzling entrance at Marc Jacob’s wedding and displayed an innocent yet affirmed charm at the London Fashion Week 2019.

Only one look at her colorful Instagram and we can already see how the teenager is slowly but surely earning her place in the modeling world.

We couldn’t just feature one of them. David and Victoria Beckham’s children are all the epitome of cuteness.

Harper, the youngest daughter, was born in 2011 and is already showing up at her mom’s photoshoots. Cruz is the second youngest child and is willing to pursue a career in music. Romeo, born in 2005, is already a seasoned model, as he had started his modeling career at 5 years old only and is racking up more than 200,000 followers on Instagram. The oldest son is Brooklyn Beckham, a charming young man of 20 years old, seems to be more drawn to a career in photography.

We will make sure to keep an eye on those celebrity children!

We’ll say it again: we may love Alice Zenobia Richmond, daughter of Tina Fey and Jeff Richmond, for her incredible cuteness, but we absolutely adore her for her wit and intelligence.

Being the daughter of a renowned comedian and famous producer sure shaped the now-13-year-old girl into becoming one smart and fun teen, as her mother often admits in interviews.

The Duchess of Cambridge via AP

Do royal celebrity children count too? Prince George is one adorable kid, and no one could convince us otherwise.

The eldest son of Prince William and Catherine is the third in the line of succession to the British throne, but as he is only 6 years old now, the radiant kid is still enjoying childhood worry-free days.

If a picture of River Rose smiling can’t instantly make your day better, we honestly don’t know what would.

This little cutie pie is one photogenic baby and we can’t get enough of her beaming smile and cheeks. Kelly Clarkson and Brandon Blackstock sure must be happy.

Jasmine Lia, daughter of Dwayne “The Rock” Johnson, has her dad (and us) all wrapped up around her tiny finger.

Born in 2016, the little kid is so cute and pure that her Instagram pictures with her dad become a wholesome space for parents, especially dads, to talk freely about their feelings as parents to young children and empower each other.

Hilary Duff’s son seemed to have had a pretty normal childhood, as he had discovered that his mom was a celebrity only on his first day of school.

Is this why Luca seems so grounded and fun-loving? All in all, we love seeing pictures of this 7-year-old freely playing or proudly wearing his backpack on his way to school.

If Joey in “Friends” was a womanizer who couldn’t settle down with someone, Matt LeBlanc is quite the opposite. Dad of the beautiful Marina Pearl, the two look absolutely adorable together.

Matt shared in an interview: “I remember when my daughter Marina was born. The second I laid eyes on her, I was in love, and I had never felt that way before. I couldn’t believe it. I knew from that moment there was nothing that would ever stop me from loving her—even if she crashed my Ferrari.”

While we don’t see the sons of Kate Hudson that much, every time they attend a formal event we all go crazy over ho cute these celebrity children are!

On her 40th birthday, Kate Hudson posted an adorable picture of her with her three kids with a caption that read: “My wishes came through. Thank you for all the love today #ThisIs40.”

These celebrity children pictures made our day, and seeing their parents happy and proud of them was even better. Are there any other children celebrities you want to see?