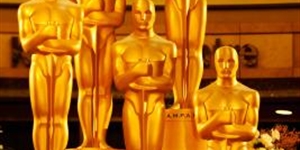 The Academy Awards are possibly the biggest thing in the film world. Organized by the Academy of Motion Picture Arts and Sciences, the awards are given to the best in the class every year, as chosen by the more than 6,000 members that make up “The Academy.” Most film buffs know how the Academy Awards operate, so let’s look at a few lesser-known Academy Award facts that you might find intriguing.

While it’s probably not intentional to exclude women, only one “Best Director” Oscar has gone to a woman. That’s right. One woman in the entire history of the Academy Awards. Kathryn Bigelow took home the prize in 2010, for “The Hurt Locker.” Her ex, James Cameron, was up for the same award that year, so the win was doubly rewarding for Bigelow.

Before recipients can take home their hardware, they have to sign some paperwork. Apparently, it’s mandatory upon acceptance of your Oscar that you sign an agreement promising not to sell your award without first offering it back to the Academy for the hefty price of one dollar.

3 No Thanks, They Passed

Who would refuse an Oscar? Not many. Only two actors in Academy Award history have ever turned their noses up at the Academy Awards. George C. Scott declined his Oscar in 1970, which he won for the movie “Patton.” Scott said he didn’t want his award because acting shouldn’t be competitive. Just two years later, Marlon Brando refused his Best Actor Oscar, awarded for his performance in “The Godfather.” But Brando declined with flair, sending tribesman Sacheen Littlefeather to the Academy Awards ceremony to decline on his behalf. Brando’s snub was in protest of America’s treatment of indigenous people.

Each 8.5 pound, 13.5 inch tall statuette is plated with real gold. It was officially named the “Academy Award of Merit” but where’s the fun in a name like that? “Oscar” was adopted as an official nickname in 1939, and the statue has remained true to its original design since 1929, although the size of the base varied slightly until 1945. Initially, the Oscar was gold-plated solid bronze, but after a few years, this was replaced with Britannia metal, which is plated in copper, then nickel silver, and finally given a shiny coat of 24-karat gold. During World War II, the Oscars given out were plaster replicas, but winners were invited to trade those in after the war for a proper award.

The first winner of the Academy Award, which was handed out in May 1929, was a dog. The dog that played “Rin Tin Tin” got the Oscar for Best Actor at the first-ever Academy Awards. The original 36 members of the Academy of Motion Picture Arts and Sciences were a little embarrassed by what they’d done, so the pooch didn’t get the award in the end. The runner up, Emil Jannings, nominated for his performances in the silent films, “The Way of All Flesh” and “The Last Command,” got the gold statue instead. Once he realized the statue wasn’t edible, the dog probably didn’t care anyway.