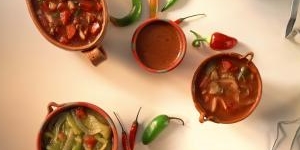 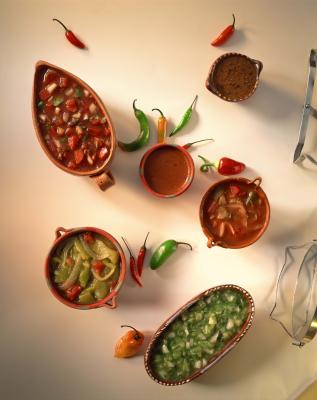 Jupiterimages/Comstock/Getty Images
Hot sauce is no longer just for Mexican food and chicken wings; it has become an entire food category unto itself. From sweet, mild sauces to sauces so hot they will blow your mind, there is a hot sauce out there for practically any dish. Any hot sauce lover is familiar with the Scoville scale, which rates the heat of chili peppers based on the amount of capsaicin present in the pepper. For frame of reference, Tabasco has a rating of 2,500 to 5,000. Finding the hottest sauce out there is just a matter of finding its Scoville rating and then taking the plunge, if you dare. 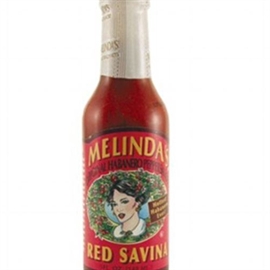 Prior to the discovery of the ghost chili, the red savina chili was the mother of all heat. Melinda’s has been around a while, making it a classic sauce, and it’s also all-natural. Clocking in at what sounds like a mild 350,000 Scoville units, this sauce creeps up on you, tempting you to add more and more before you are suddenly hit in the mouth with a fiery blast that will have you running to the nearest faucet. 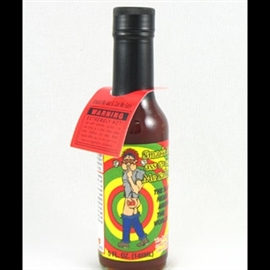 You read that name right, Smack My Ass proves that hot sauce manufacturers have a sense of humor about their product. But at 700,000 Scoville units, this sucker is nothing to laugh at. This hot sauce has been featured on television shows like “The Today Show” for its heat. Smack My Ass uses the same stuff they put in pepper spray to give you that kick that will make you cry. 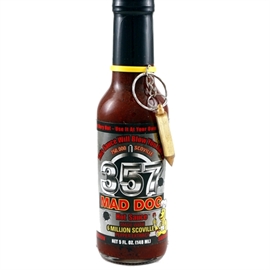 The Mad Dog 357 is created in small batches for the true connoisseur. At 750,000 Scoville units, this stuff should be used very sparingly. In fact, if you purchase this sauce, the manufacturer thinks you are so tough that each bottle comes with a golden bullet (with a tasting spoon hidden inside), just to remind the world how hardcore you are. 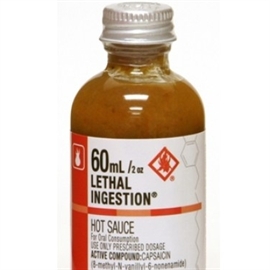 If you are looking to play with fire without using an extract, Lethal Ingestion pushes the limits at around 1 million mouth-blasting Scoville units. Lethal Ingestion uses the hottest peppers on the planet, the ghost chili and the red savina chili, to make a sauce that is so hot it’s scary. But unlike some sauces that are pure heat and no flavor, Lethal Ingestion has a sharp, smoky pepper flavor that makes it perfect for wings. 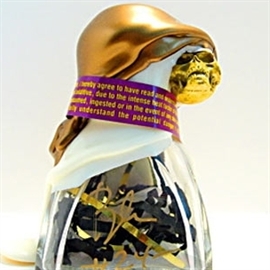 Technically this one is labeled as an extract rather than a sauce, because if you were to pour this stuff on your burrito your head might explode. Rating at an unbelievable 16 million Scoville units, even a drop of this stuff could knock you out. In fact, one drop in a bucket of chili might be more than most people can handle. For the hottest possible hot sauce out there, this is your guy. You’ll have to pony up though since just 999 bottles were produced, each signed by the creator, and now they are only available on auction sites.