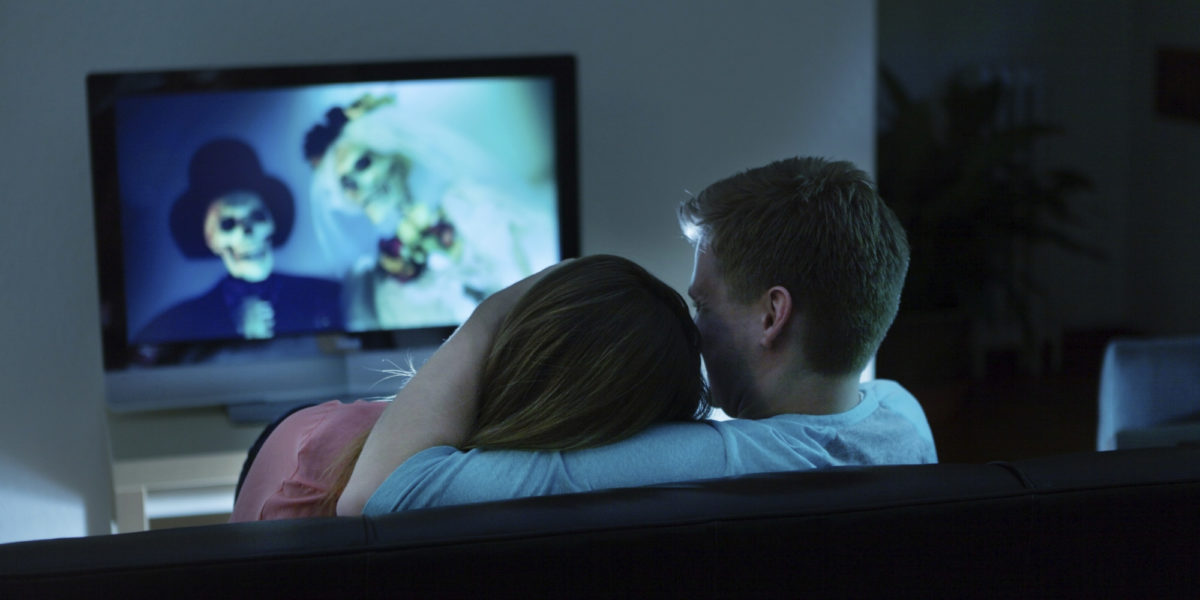 Do you like a good scare? If you are a horror movie fan, then Halloween is definitely your time of year! Things that go bump in the night, green goo spitting demon girls, and everything ghostly and fun is what Halloween is known for. Celebrate by having a bunch of pals over to share in this ghoulishly delightful season. Vampires, werewolves, and movie monsters galore are just waiting to frighten you while you’re curled up on your couch with a bowl of popcorn and candy to munch on.

Here are the Top 5  classic horror movies you need to rent or buy on Halloween:

This is a film that launched a ton of sequels (number eight, Jigsaw, hits theaters October 27 just in time for Halloween). Before you run out and see it, though, you need to rent or buy the original Saw. It’s clever, suspenseful, and downright horrifying.

Get the Saw Collector Set from Amazon, which includes all seven of the films in the unrated format. The first film is obviously the best, but you may want to have a horror Saw movie marathon, if you can hack it!

4.) An American Werewolf In London

One of the original werewolf movies that was directed by the exceptional John Landis (you may know him as the director of Michael Jackson’s “Thriller” video), who clearly knows how to scare people with werewolf transformations! Starring David Naughton, Jenny Agutter and Griffin Dunne, this movie is a wild ride of kitschy humor and horrifying imagery.

Don’t bother with the remake An American Werewolf In Paris, because only the original stands the test of time. It’s truly a cult classic that deserves repeated viewings on Halloween night. Buy your copy to own or rent it from Amazon Video.

3.) A Nightmare On Elm Street

Just to give you a little backstory on the film, it’s a tale of a “bastard son of a thousand maniacs” that was burned alive by a group of high school kids. Sounds gruesome already. His name is, of course, Freddy Krueger, played by the exceptional Robert England, and it’s directed by Wes Craven. Plus, a very young Johnny Depp stars in this film.

This is the greatest horror origin story of all time and is a can’t miss for Halloween viewing. Buy the original at Amazon on DVD or Blu Ray. Or you can stream this 1984 classic film instantly with Amazon Video.

A modern classic that pays homage to so many films. I won’t spoil the ending for you, but it’s the entire reason this horror film should be on your Halloween watch list. Joss Whedon wrote and produced this 2011 film and off of his work history alone, you should know this one is an entertaining ride. (Google his filmography if you don’t know!)

Cabin In The Woods stars Chris Hemsworth before he gained fame as Marvel’s Thor, so if you enjoy watching a lot of good-looking people try to survive this may become a favorite. Buy your own copy or rent it from Amazon.

You can’t miss John Carpenter’s 1978 original Halloween. It’s a classic that should be watched every year with friends. Starring Jamie Lee Curtis in one of her first movie roles that made her famous, this kicked off tons of sequels and copycats trying to capture the scary movie magic.

Mike Myers is the bad guy killer character in this one, who stalks and traumatizes his prey, to scary effect. You won’t want to sleep alone after watching this cult classic, and it’s considered one of the best horror films ever made. Purchase it for your own DVD or Blu Ray collection at Amazon to scare up a good time with your friends on Halloween every year.

Which are your favorite horror movies? Any suggestions on others to add to the list?