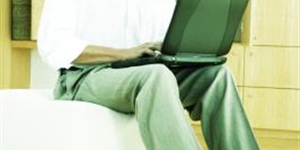 Goodshoot/Goodshoot/Getty Images
For some, fashion blogging is a hobby for the fashion-obsessed, an outlet to share their passion with the entire blogosphere. For others, fashion blogging is a way to accumulate free swag. However, for the top fashionistas—those with pages being viewed by more than 2 million people a month—expressing their fashion opinions is a means to earning some cold hard cash. Today, a good sense of style plus a solid fan base lands top fashion bloggers anywhere from $5,000 for low-end assignments up to $50,000 for high-end projects. These fashion bloggers make the business of blogging appear “trés chic.”

While Scott Schuman remains tight-lipped about his actual salary, he has hinted at the high success of his blog, the Sartorialist. In 2011, Schuman sold advertising on his street style blog to American Apparel and Net-A-Porter.com for “a good fraction of a million dollars.” Since, Schuman has evolved his blog into a published photo book and a new AOL video series.

According to Indeed, fashion bloggers in NYC are among the highest paid of their kind. Earning an annual average of $55,000, the style-obsessed writers’ salaries are ranking 29 percent higher than average fashion bloggers nationwide. Refinery29, a New York-based fashion content and commerce company owned by Justin Stefano and Philippe von Borries, is expected to rack in $24 million this year. This blog, born in 2005, is on the fast track from fashion blog to fashion empire.

3 The All Inspiring Glamourai

Kelly Framel’s blog, “The Glamourai,” obtains nearly 4 million page views per month. Framel first earned fame as a high-rolling blogger when getting paid $5,000 for a styling job for BCBG Max Azria. Paychecks like that plus all the free swag Framel receives must equal a closet that all aspiring fashion bloggers can only dream about.

Bryan Grey Yambao, aka Bryan Boy, only started his fashion blog “Bryanboy” in 2010, but today he is credited as an “internationally-loved fashion super blogger” by the “New York Times.” When Boy reported that he makes $100,000 a year blogging, he awed many of his fans and followers. While bringing in six figures for writing a blog may seem extreme, “Women’s Wear Daily” reported that today $100,000 might actually be chump change for the industry’s top fashion bloggers. Boy credits advertisements as his site’s main source of revenue.

1 Singing All the Way to the Bank

Aimee Song admits that when she first started blogging, she was “super naive” for collaborating with designers for gratis. Today, her blog, “Song of Style,” has more than 72,000 readers and influences her nearly 950k Instagram followers. Song told WWD that when she posts an outfit on Instagram, the item usually sells out that day. Between her blogging, partnerships with top designers and recent stint as a Piperlime guest fashion editor, Song is naive no more—she now earns upward of $50,000 per big-brand collaboration, landing herself at the top of the blogging elite.