Array ( )
Top5 » Lifestyle » Sports » Baseball » Without A Doubt, These Were The Best World Series of All Time

Without A Doubt, These Were The Best World Series of All Time 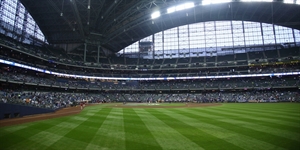 Major League Baseball’s World Series has been played since 1903, or at least the one we’ve come to know as the best of seven game series played between the American League and National League champions every October. Top 5 wonders why this is called the World Series and its winner called the World Champion since all of the teams except for one or two from Canada, come from the United States.

The New York Yankees have won the most championships with 27, and Top 5 will try to keep as many of them as possible off this list. The team with the longest drought of winning a title is the Chicago Cubs, which last one a series in 1908 shortly after fire was discovered. The Boston Red Sox have been the most annoying and one of the whiniest teams as they went on for 86 years without winning a title until 2004. During that time, the Anaheim Angels, Arizona Diamondback, Florida Marlins and Atlanta Braves were a few of the teams that hoisted the trophy before the Red Sox.

As Top 5 takes a look at the some of the truly great series, it should be noted that a great World Series doesn’t have to go the full seven games. There are some where someone was swept out of their shoes and sent packing back to their hometown where a riot was waiting for them, as well as free agency. There have been some series that have been dominated by great pitching, great hitting and great individual performances. Picking just five great World Series meant a lot of research and a process of elimination like no other. So without further adieu, here are the Top 5 Greatest World Series.

Somewhere in America, former Red Sox first baseman Bill Buckner doesn’t think this was such a great World Series. His error in Game 6 with two outs would have given Red Sox fans a championship. But instead we had to endure another 18 years of their whining before they finally did. Let’s not overlook the fact that if the Red Sox had played well enough before and after Buckner’s error and in Game 7, Buckner’s faux pas would have been an afterthought.

Was this a choke or were the Angels just that good?Top 5 will let you decide. The Giants had this one in the bag in Game 6, but blew a 5-0 lead in the seventh inning and saw it all fall apart. It was one of the biggest blown leads ever where a team could have and should have sealed the deal. And what was even better about this series? The Angels prevented the Lance Armstrong of baseball – Barry Bonds from getting a championship ring.

This was a nice going away gift the Dodgers gave the fans of Brooklyn. After seven tries, the Bums finally won a World Series. Three years later the Dodgers would take off for greener pastures in Los Angeles where they would win six more.

All you have to do with this series is look atGame 7, called by many as the greatest baseball game ever. The Yankees had been killing the Pirates in this series, but Pittsburgh still managed to hang on and force the deciding game for all the marbles. After several lead changes, the Pirates’ Bill Mazeroski humbled everyone in New York with a two out home run in the bottom of the ninth inning. Yankees Manager Casey Stengel was fired before Mazeroski’s home run ball landed in the stands.

Two teams that were in last place in their respected divisions a year before somehow ended up playing each other in the World Series. This series was epic with five games being decided by one run, three extra-inning games, and four games were won in the final at bat. The Twins’ Jack Morris went legend pitching all ten innings in Game 7 for a 1-0 win for the series. It doesn’t get any better than this.

1924 Washington Senators 4, New York Giants 3
The greatest pitcher in the history of baseball, Walter Johnson finally made it to and won the World Series after 18 years in the majors. He lost the first two games he pitched, but the Senators pulled it off in 12 innings in the seventh game with Johnson winning it in relief over the favored Giants.

1969 New York Mets 4, Baltimore Orioles 1
It was the Orioles that were supposed to be the amazing ones winning 109 games against the Miracle Mets. After the Orioles won the first game, Tommy Agee and the Mets put them out of their misery quickly tearing them apart. They closed it out winning 5-0 in Game 5.

2011 St. Louis Cardinals 4, Texas Rangers 3
Top 5 didn’t want to put such a recent World Series on the list, but you have to admit this was a great one. Not in one, but in two games did the Rangers come within just one strike of winning their first championship, only to have the Cardinals turn them into Texas Toast. In Game 6, somebody named David Freese of the Cardinals hit a fly ball that a little league outfielder could have played better. But it was misplayed and sailed over the head of Rangers’ right fielder Nelson Cruz’s with two outs in the eleventh inning. Just like the Red Sox did in 1986, the Rangers folded like a bad poker hand in Game 7 losing 6-2, and now the state of Texas’ best team is still the Dallas Mavericks.