In It To Win It: the Top 5 Super Bowls 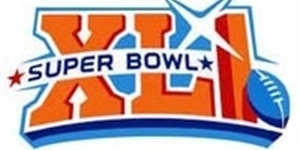 The Super Bowl is the big game and event of the year. Since its inception in 1967 the Super Bowl has dominated the sports and cultural landscape. It gives Americans a chance to hold parties, drink plenty of alcohol, watch TV for a few hours, and hopefully not have to be the designated driver. There have been a variety of great games, blowouts and nail-bitters, but when you’ve had so much pizza, chicken wings, chips, salsa and booze, by the end of the halftime show no one really cares about the game.

Through 45 games, the Pittsburgh Steelers have the distinction of having the most Super Bowl championships with six, followed by the San Francisco 49ers and Dallas Cowboys with five each, and the Green Bay Packers and New York Giants with four each. The Buffalo Bills and Minnesota Vikings are 0-4, and are tied with the New England Patriots and Denver Broncos for the most losses. The Jacksonville Jaguars, Cleveland Browns, Detroit Lions and Houston Texans are the only teams that have yet to appear in a Super Bowl. But at the same time, let’s not overlook the fact that the NFL has been around since 1920 and champions were crowned until the Super Bowl pitted the NFL champion against the upstart AFL champion. But Top 5 digresses. Here are the Top 5 Super Bowl Games of All Time.

San Francisco 49ers 20, Cincinnati Bengals 16 That Joe Montana was a pretty darned good quarterback in his time. All he did was put together one of the greatest drives by anyone with a football in his hand and in the history of football. Montana led the 49ers on a 92-yard drive on 11 plays. He capped it with a 16-yard score to John Taylor, proving that all you need is the last two minutes of a football game to see all you need to see.

St. Louis Rams 23, Tennessee Titans 16 “The Greatest Show on Turf” blew a 16-0 lead with just over two minutes to play. It looked as if the team formally known as the Houston Oilers were going to upset the team formally known as the Cleveland/Los Angeles/Anaheim Rams with just six seconds to play. Titans’ quarterback Steve McNair nailed a pass to wide receiver Kevin Dyson, whose arms were a little too short as he just missed crossing the goal line by a half yard with no time left.

Pittsburgh Steelers 35, Dallas 31Two Hall of Fame, quarterbacking bad asses, Roger Staubach of the Cowboys and Terry Bradshaw of the Steelers went head-to-head for the second time in four years in this classic. Bradshaw threw for a Super Bowl record of 318 yards and four touchdowns. Staubach responded with 228 yards and three touchdowns, but what would have been an easy fourth TD was dropped in the end zone by hall of famer Jackie Smith. The Steelers and Bradshaw got the best of “America’s Team” once again for their third title. Bradshaw was named the Most Valuable Player of the game.

New York Jets 16, Baltimore Colts 7 Jets quarterback Joe Willie Namath called this one for the Jets against the heavily favored Colts, and the only ones listening and actually believing that this would happen were Namath and the Jets. The 20-point underdogs became the first AFL team to win it all before the merger. Namath went to play for the Los Angeles Rams and made a nice career out of wearing women’s panty hose in commercials.

New York Giants 17, New England Patriots 14 Quarterback Tom Brady and the Patriots were trying to become the first NFL team since the 1972 Miami Dolphins to complete and undefeated season, but it was not to be. After beating the Giants in the last game of the regular season the two would meet again in the Super Bowl. The Giants and Payton Manning’s younger brother stunned the world in a huge upset, and once again, New Yorkers found a way to rip the heart out of Boston fans. It was all fine and good for Brady, as he told Eli Manning after the game, “yeah, but my girlfriend is way hotter than yours.”

Top 5 has no idea what the Cardinals were doing playing in the big game, but fact of the matter is that they were there and damn-near upset the Steelers, who was making their seventh appearance. Former grocery bagger and quarterback Kurt Warner decided he wanted to go to the Hall of Fame by winning another title as he kept the Cardinals in the game until the very end. However, the nail in the coffin might had come at the end of the first half when the Steelers’ James Harrison intercepted a Warner pass and returned it 100 yards for the score.

It was the lowest-scoring Super Bowl, but the 14 points were enough of the Dolphins to complete the only undefeated season in the Super Bowl era. Since then former Dolphins players get out of their wheelchairs once a year to toast the last undefeated team to lose in the regular season.

Former Joe Montana backup Steve Young finally got his chance to escape Montana’s shadow and did it in a huge way. Young threw for a record six touchdowns and passed for 325 yards in destroying the Chargers and making 49er fans chant, “Joe who?”