Top 5 Greatest Boxers of All Time 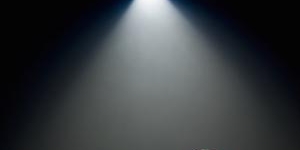 Ask any boxing enthusiast who the greatest boxers of all time are and you’re bound to get a litany of different answers, from Rocky Marciano and Muhammad Ali to Joe Louis and Sugar Ray Leonard. Although there is never a clear-cut answer, since tastes and measurement standards vary, certain names rise to the top of almost everyone’s list. These boxing greats are the cream of the crop. 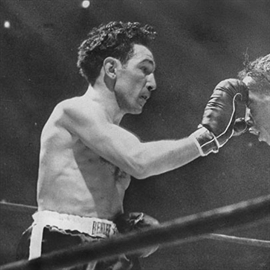 Two-time featherweight champion Willie Pep rounds out the list at No. 5. Born Guglielmo Papaleo in Middletown, Connecticut, Pep is widely considered the best defensive boxer of all time. Nicknamed “Will O’ The Wisp,” his skills were so legendary and fantastic he could’ve had his own magic act on the Las Vegas strip. For instance, during a 1946 fight against Jackie Graves, Pep told reporters, “Watch me, I’m going to win the third round without throwing a single punch.” He then blocked and avoided every punch Graves attempted. When the round finally ended, Pep was marked the winner on every judge’s scorecard. Like Muhammad Ali, Graves was cocky, but—again like Ali—he could back it up. Pep ended his 26-year career, which lasted from 1940 to 1966, with an unbelievable 230 wins, 11 losses and one draw, and 65 knockouts. 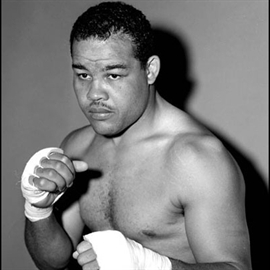 It takes a special kind of boxer to not only be a world heavyweight champion, but to also defend that title for approximately 12 years—longer than any other boxer in history. Joe Louis is such a boxer, successfully defending his heavyweight title in a total of 25 fights. Born Joseph Louis Barrow in LaFayette, Alabama, Louis’ boxing career spanned 17 years, from 1934 to 1951, and he was known for both his devastating punch power and numerous heavyweight champions he defeated, including Rocky Marciano and Max Baer. Louis is probably best known for his 1938 World Championship fight against German boxer Max Schmeling in which he knocked out the challenger in the first round. Talk about a blow to Nazi Germany, by a black man, no less. Doesn’t get more ironic than that. Louis would enjoy a total of 68 wins, a mere three losses and a phenomenal 54 knockouts over the course of his boxing career. 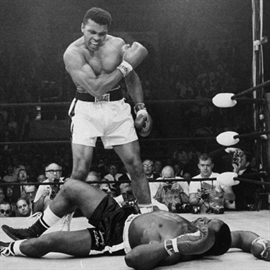 It seems Muhammad Ali was on to something when he said, “I’m the greatest.” Born Cassius Clay in Louisville, Kentucky, Ali was the first boxer to win the world heavyweight championship three times. In addition to being outspoken, Ali brought a gracefulness to the ring that was never before seen at the heavyweight level, combining speed with the power already on display. He would even predict the round his opponents would go down in—and be right. That’s more accurate than the average psychic. With bouts against the likes of Joe Frazier and Sonny Liston, Ali’s professional career would produce 56 wins, five losses and a total of 37 knockouts. Ali’s career spanned a little more than two decades, lasting from 1960 to 1981. 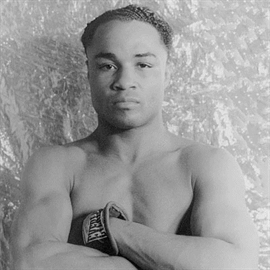 It’s rare that a boxer will participate in and master three different weight classes, but the second boxer on our list did just that. Born Henry Jackson, Jr. in Columbus, Mississippi, Henry Armstrong held three world titles, winning the featherweight championship in October 1937, welterweight in May 1938 and lightweight in August 1938. Nicknamed “Homicide Hank,” Armstrong was an aggressive and overpowering competitor, raining non-stop blows on those unlucky enough to be in the ring with him. In his 13-year career, lasting from 1932 to 1945, Armstrong had 151 wins, only 21 losses and nine draws, and an astounding 101 knockouts. With a nickname like “Homicide,” fans wonder how much intimidation was a factor in many of Armstrong’s wins and knockouts. 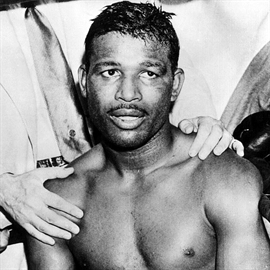 It doesn’t get much sweeter than Sugar Ray Robinson. With a ring career spanning over two decades, from 1940 to 1965, this welterweight and middleweight champion was a powerhouse competitor. Born Walker Smith in Bailey, Georgia, Robinson had it all: agility, dominance, technique, endurance and precision. Additionally, all of this perfection was repeatedly tested by the best fighters of Robinson’s generation, including Randy Turpin, Kid Gavilan, Gene Fullmer and Jake LaMotta, with LaMotta widely considered his fiercest competitor. LaMotta would give Robinson his only loss during his first 123 bouts, a loss he would avenge five times over. Over the span of his professional career, Robinson had 173 wins, only 19 losses and six draws, and an amazing 109 knockouts. Now that’s what we call untouchable.

Top 5 Fastest Runners of All Time 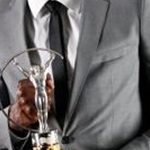