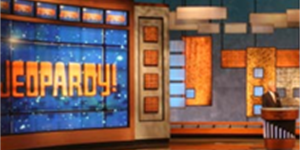 Quiz shows. Word games. Bidding wars. Television has been teeming with game shows—daytime and prime time—since the medium began. The contestants and questions and puzzles change from day to day, so perhaps it’s the hosts who keep us tuning in. Some of the most beloved game show hosts got their start when radio was king. 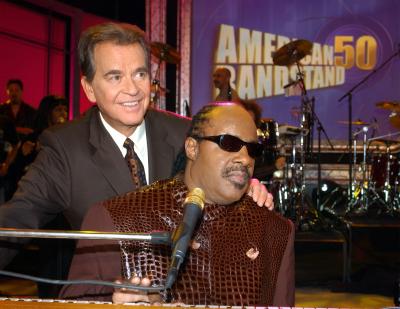 The show began in 1973 as “The $10,000 Pyramid.” The grand prize figure increased to $100,000 by 1988, when Dick Clark passed the torch to the next host. Clark not only paired everyday contestants with celebrities to win money on “Pyramid,” he also was an iconic figure in the music industry—specifically rock ‘n’ roll—hosting “American Bandstand,” “Dick Clark’s New Year’s Rockin’ Eve” and several syndicated radio shows. Clark was an entertainment entrepreneur; his company, Dick Clark Productions, created beauty pageants, the American Music Awards and “TVs Bloopers and Practical Jokes,” which he hosted with Ed McMahon. Perhaps what most will remember about Clark, though, is his never-ending youthful charm—he was dubbed as “the world’s oldest teenager.” Clark passed away in April 2012. 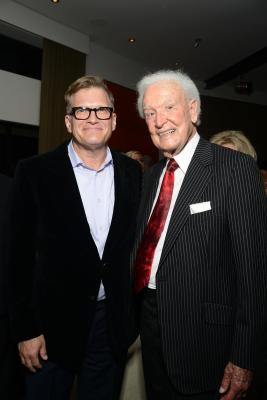 Bob Barker holds the longest-running tenure of any daytime game show host, leading the bidding, the games and the Showcase Showdown on “The Price is Right” from 1972 until 2007. Three of those early years overlapped with his near 20-year career with “Truth or Consequences,” which he hosted from 1956 to 1975. All in all, Barker had a 51-year career in television. Barker, who was last seen on “The Price is Right” with a full head of white hair, was a diehard animal rights activist who often ended the show with a message about spaying and neutering your pets. And who can forget Barker’s cameo in Adam Sandler’s “Happy Gilmore?” Barker retired in 2007. 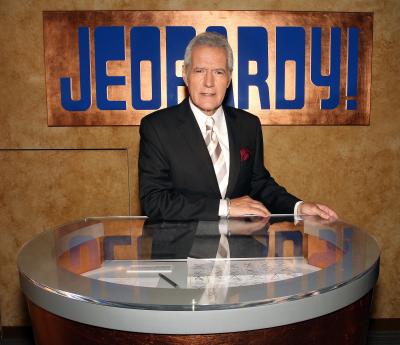 Journalist-turned-TV-personality Alex Trebek has hosted “Jeopardy!”—what many would call the smartest quiz show on television—since 1984. He’s hosted several other game shows before and during “Jeopardy!” including “High Rollers,” “Battlestars” and “Classic Concentration.” Trebek has been recognized for his television contributions by way of five Emmy awards, a star on the Hollywood Walk of Fame and perhaps the ultimate compliment—being lampooned on “Saturday Night Live” and getting invited to appear as or spoof himself on shows like “The Simpsons,” “Family Guy,” “Seinfeld” and “Cheers.” Trebek also could very well win the award for smartest game show host. 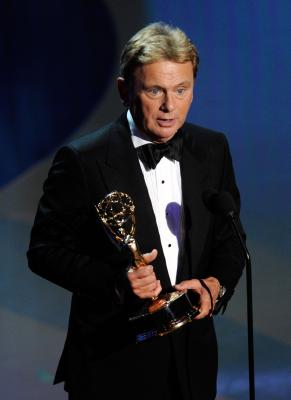 Pat Sajak has been the host of “Wheel of Fortune” for more than three decades—but he was not the original host. He replaced Chuck Woolery in 1981. Before “Wheel,” Sajak was a TV weatherman—and that’s where the show’s creator, Merv Griffin, discovered him. What many might not know is that Sajak was in the Army and spent a year and a half in Vietnam, where he worked for an Armed Forces Radio Station in Saigon—move over, Robin Williams! Sajak was honored with a star on the Hollywood Walk of Fame, has earned three Emmy awards and, in 2011, was presented with the Daytime Entertainment Emmy Awards Lifetime Achievement Award. 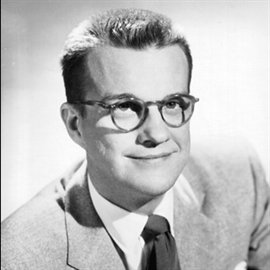 You heard him before you could see him. Bill Cullen, the former radio announcer and long-time game show personality, goes down in history as host of the most shows ever. He has more than two dozen to his credit, the first a radio quiz show, and was the original host of “The Price is Right.” What’s remarkable about Cullen is that he had polio as a child; his disease left him with a limp, which he hid well on television. He also hosted “What’s My Line,” “I’ve Got a Secret,” “Name That Tune,” “Chain Reaction,” “The Joker’s Wild,” “To Tell the Truth” and “Winner Take All.” Cullen retired in 1986 and passed away from lung cancer in 1990.