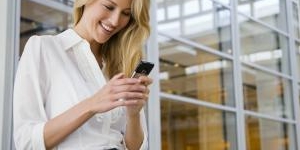 The Apple iPhone has taken over the world—or maybe it just feels that way. A large part of the gadget’s popularity lies in how easy it is to use and integrate into our daily lives, especially when it comes to text messaging. However, we must issue a word of caution. The iPhone has a tendency to autocorrect messages a person sends out, often with hilarious results. To give you an idea of what to expect, we’ve compiled a list of some of the funniest iPhone autocorrects ever.

Perhaps one of the funniest texts ever is one in which an iPhone user by the name of Kathy was attempting to express how horrible her morning was going. She even provided examples, texting, “This morning I choked a goat and pissed in my coffee.” Yep, that sounds like a pretty bad day to us, too, not to mention a reason to call the animal abuse hotline and nearest psychiatric ward. Of course, this was just another iPhone autocorrect blunder. Kathy quickly texted back, “LOL. NO…I choked on TOAST and SPILLED my coffee.” To which her friend responded, “I like the other one better!!” We kinda do, too.

Fart is a slang term for…well you know. So you would think such a term wouldn’t exist in the iPhone dictionary, but to our surprise it does. Go figure. An iPhone user was texting a friend about her arrival time, saying, “My GPS says we will be there at 11:31 and then will need a few minutes to fart so we should be able to meet with you about 11:35.” It seems the iPhone mistook “park” for “fart” in the text message and changed the terms accordingly. Depending on who the user was communicating with, this could’ve been a very embarrassing, not to mention awkward, moment — although we’re sure it made for a very good laugh.

While trying to coax a friend to come over, an iPhone user by the name of Stephanie inadvertently sent the text, “Ok. If you want, you can just come and sit on the floor and keep me company. I won’t make you work. And I will supply the Diet Coke. And give you HIV too.” At this point, you’re probably doing a double-take and asking yourself, “Did she just offer her friend HIV?” Of course, this was another autocorrect slip-up that Stephanie immediately corrected with, “Ahahaha, I meant hug! I’m giving no one HIV.” To which her friend responded, “Good to know.” Hmm, “hug” and “HIV.” How those two terms seem similar in iPhone Autocorrect Land, we have no idea.

When it comes to texts like the next one, we wonder if the iPhone was implanted with software that intentionally autocorrects mundane topics to keep users on their toes. While having a conversation with his child, a father attempted to text that he and his wife were going to Disney the following month. However, the iPhone changed “Disney” to “divorce.” So the text read, “Your mom and I are going to divorce next month” instead. His child immediately texted back, “What? Why! Call me please?” Of course, Dad explained the mistake right away. However, we can only imagine the 10 seconds of trauma that unfortunate text caused his child. Those are 10 seconds of her life she can never get back. Darn iPhone! Shame on you for trying to break up families.

Learning that your sibling is adopted is not the kind of news you’d expect to receive over the phone, let alone by text. However, that’s exactly what happened to one iPhone user. After her mother prepped her for the big news by asking if she was sitting down, Mom wrote, “Your brother was adopted.” Not surprising, her child responded, “What?? What are you talking about? Why are you telling me this over a text? Call me.” Her mother quickly caught the autocorrect mistake, saying, “Oh this…phone. I wrote accepted and the phone changed it. He got accepted to Yale!” How “accepted” got changed to “adopted,” we may never know. Luckily, mom caught the mistake before her child had a coronary.
Must Read
Entitled Neighbor Calls Public Pool Her Own Until Kids Step In
Man Feeds Girl Noodles Every Day For 5 Years, Decades Later She Confronts Him
She Was On Her Way To Give Birth When Tragedy Struck On The Interstate