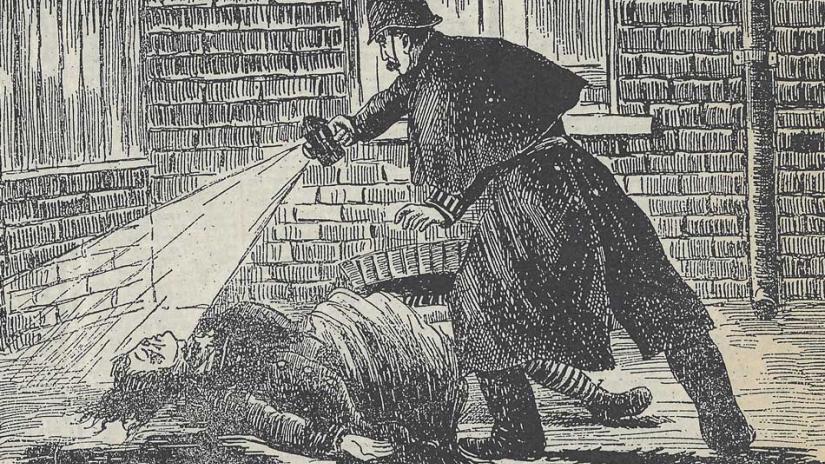 Sometimes we think nothing can hurt us, but true crime fans know that serial killers are out there, hiding in plain sight until they are caught — if law enforcement ever catches up to them. Some serial killers are so well-known and so terrifying that they become famous for their gruesome deeds. While their acts are terrible, the horror of it continues to write headlines, be featured in movies, and fascinate a large number of people.

Here are the top 15 famous serial killers that give people nightmares long after their killing sprees are over.

Perhaps one of the most famous serial killers in the world, the Zodiac Killer wreaked havoc on California in the early 60s and 70s. He is suspected of having killed almost 30 people, and his case remains a mystery today because he is still unidentified.

In 2004, police labeled the Zodiac Killer a dead case. Many believe he could still out there today. His name “Zodiac” comes from the intricate letters he would leave linking all of his victims.

This horrific murderer is known as one of the worst serial killers in Japan.

Tsutomo Miyazaki kidnapped and murdered four girls between the years of 1988 and 1989. His nickname, Dracula, came from the vile things he would do to the bodies once he murdered them, including necrophilia and vampirism.

Some would refer to Aileen Wuornos as one of the most iconic female serial killers in the United States.

She was a sex worker from Florida who would murder men by shooting them in the head. Her story has made it into award-winning movies and TV series and documentaries.

Tommy Lynn Sells was a serial killer who claimed to have killed over 70 different people.

Sells is known to have killed his first victim at the age of 15 when he broke into a home in a fit of rage. Since then, he has been linked to 30 confirmed murders. Police believe there are many more. He was executed in 2014.

Charles Edmund Cullen is a strange famous serial killer who did his dirty work while he was a nurse.

He is said to have killed up to 40 patients while he was a nurse in New Jersey by pumping them with drugs. When asked what his motives were, he said it was to put the patients out of their misery.

You may have heard of the Chessboard Killer or The Bitsa Park Maniac. Pichuskin was a Russian serial killer who claimed over 40 victims lives.

His nickname comes from his self-proclaimed goal to killed 64 people, the same number on a chessboard. He is known as one of the most insane serial killers in the world for his graphic detail and recounting of the murders he committed and how they made him feel like a God.

John Wayne Gacy is one of the most disgusting serial killer stories you will ever hear. His murders from the years 1972-1978 were solely targeted to teenage boys. His victims were 33 young boys and men who he raped, tortured, and killed.

He put the victim’s bodies mostly in the walls or around his ranch. He would often dress up as a clown and go to charity events and children’s parties and find his next victims. In 1994, Gacy was sentenced to death by lethal injection.

Albert Fish, a deranged serial killer from the early 1900s was dubbed the Brooklyn Vampire or the Moon Maniac. He was convicted of murdering and cannibalizing three young children. Fish, however, confessed to killing over 100 children. His story is so twisted that it is hard to wrap your mind around it.

In one of the worst stories of his victims, Fish wrote a letter to the mother of a little girl he had murdered detailing how he had killed her and eaten her over the course of nine days.

Dean Corll is the name behind the famous Houston Mass Murders. Back in the early 70s, Corll captured 28 young boys and teenagers and raped, tortured and murdered them.

If you’ve ever heard of the “Candy Man” killer, or been told not to take candy from adult strangers, it’s because the story derives from him. He would often lure his victims by offering them a party, or candy from the candy factory that he owned.

El Mataviejas, which translates to Old Lady Killer, is a famous Spanish serial killer from the late 80s in Northern Spain. During this time, El Mataviejas would break into the homes of elderly women and rape and kill them.

His claimed 16 elderly women’s lives but tried to say the women died of natural causes. After years of investigation, Vega was finally convicted of murder and sentenced to 440 years in prison.

No one ever found out who this guy was, and he was never caught after murdering five prostitutes in 1888 London. Though at the time, killing prostitutes was not seen as a big deal. People figured they had it coming.

But what made London society folk take note of Jack’s offenses was the brutality, the savagery, and the precision with which he killed. Most people were unaware of sociopaths back then, and this stuff was frightfully shocking.

Though this guy is pretty much the poster child for serial killers — just look into his evil eyes for proof — and was linked with the song “Helter Skelter,” it’s questionable whether he did the killings himself. He was more the mastermind of the lunatic Beatles-worshiping cult who murdered more than 35 people during the 1960s. Manson followers, called “The Family,” worshiped him, believing he was Jesus who came to warn of an impending race war.

Perhaps the most heinous of all of the group’s killings was the murder of actress Sharon Tate, who was pregnant at the time. A lunatic Manson disciple, Susan Atkins, stabbed Tate repeatedly in the stomach. The goal of this deranged “Family” was to create high-profile murders, which they succeeded in doing.

You did not want to be a woman or part of a couple sitting in a car or even walking the sidewalks of New York City in the 1970s for fear of being shot by David Berkowitz, the self-proclaimed “Son of Sam.”

Though most serial killers pride themselves on being somewhat sophisticated and able to use their cunning to outsmart the law, this dude was found because of a parking ticket he received on the day of his last killing. When asked what was up with the shootings, Berkowitz said his neighbor’s dog told him to do it.

If you were an attractive female college student with long, dark hair during the 1970s, you might have worried about being raped and murdered by this nutcase, who may have killed more than 100 women. Ted Bundy, a handsome college grad (psych major, what else) lured victims into his car saying he was injured and needed help.

He needed help all right. Law enforcement tried to put the guy away, but he kept escaping. He jumped out the window of a courthouse library and was free for eight days. Then he escaped jail by climbing from a hole he made in the ceiling of his cell, even losing 30 pounds to fit through. He made the most of that escape, broke into a Florida State University sorority house and killed two students. He died in “Old Sparky,” an electric chair.

Jeff was into necrophilia, but hey, you can accomplish that without being a serial killer, although being one doesn’t hurt. For 13 years, mostly during the 1980s, this wacko would lure men he picked up in gay bars to his grandmother’s basement, where he would ply them with drug-laced alcoholic beverages and strangle them.

He would then have sex with the corpses, cut up the bodies afterward, and keep the genitals or skulls for souvenirs. Later, Dahmer began drilling into the skulls of his live victims in an attempt to create zombies. Most died instantly, but Dahmer claims one victim remained in a zombified state for several days. This evil dude was murdered in prison when an inmate crushed his skull.