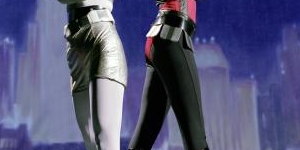 Almost every child has thrown a makeshift cape around his shoulders and run around the backyard pretending to have a superpower. The coolest superpowers not only make an average Joe’s life extraordinary, they have almost no drawbacks. With so many powers to choose from, it’s tough to narrow it down to the coolest, but here are five that should rank at the top of your list.

If you could be anyone—wait, you can if you’re a shapeshifter. More importantly, you can be anything as well. Be that fly on the wall or the table in the corner. Shift into a majestic lion or a fearsome wolf. Imagine the ton of fun to be had if you shifted into someone else’s twin. Although, that could backfire if the person you’re imitating happens to see you. Never mind. It would still be fun.

Atmokinesis or, in layman’s terms, control of the weather, is possibly one of the coolest superhero powers ever for a number of reasons. The most obvious is convenience. You could summon the sun on a dismal day, or create a snow day when you don’t feel like crawling out of bed for work. You can basically make any day suit whatever you want to do. If you’ve ever wished a bolt of lightning would strike a particular person or place, bam! Wish granted. Or you can use your power for good, like X-Men’s Storm. One never grows tired of striking down bad guys with lightning bolts, hurricanes or tsunamis.

It’s a shame that only villains seem to get the power of mind control, but even if it turns you evil, you’d be Loki-cool, so you’re still doing pretty well. The good guys are probably too good to take advantage of mind control anyway, which is a shame because it has to be one of the most useful superhero powers out there. No more arguing with utility companies, bank employees or in-laws. Imagine the time you’d save if everyone saw things your way.

Imagine what you would do if you could do anything and get away with it. You could listen in on any conversation, hitch a ride anywhere for free…commit the biggest bank heist ever. Stealing would be wrong of course, but everyone was thinking it. With the power of invisibility the possibilities are almost endless, and while it does conjure all kinds of illegal options, you’d use it for good because you’re a good person. James Bond? Yawn. That old has-been would have nothing on the invisible spy.

Flight is the first choice on many lists of cool superpowers for good reason. Whether carrying off your lady love a la Superman, or avoiding the morning commute to work, the ability to fly is undeniably awesome. From Leonardo da Vinci to the Wright brothers, man has long tinkered with the ability to fly, but imagine if you could just fly without the aid of wings or jet engines. Dinner in Paris, breakfast on a beach in the Caribbean, and on your day off, you might even save a life or two.
Must Read
How To Find Hidden Cameras In Hotels And Airbnbs
This Marvel Quiz Will Reveal People's Personality
Celebrities That Still Look Great As Seniors