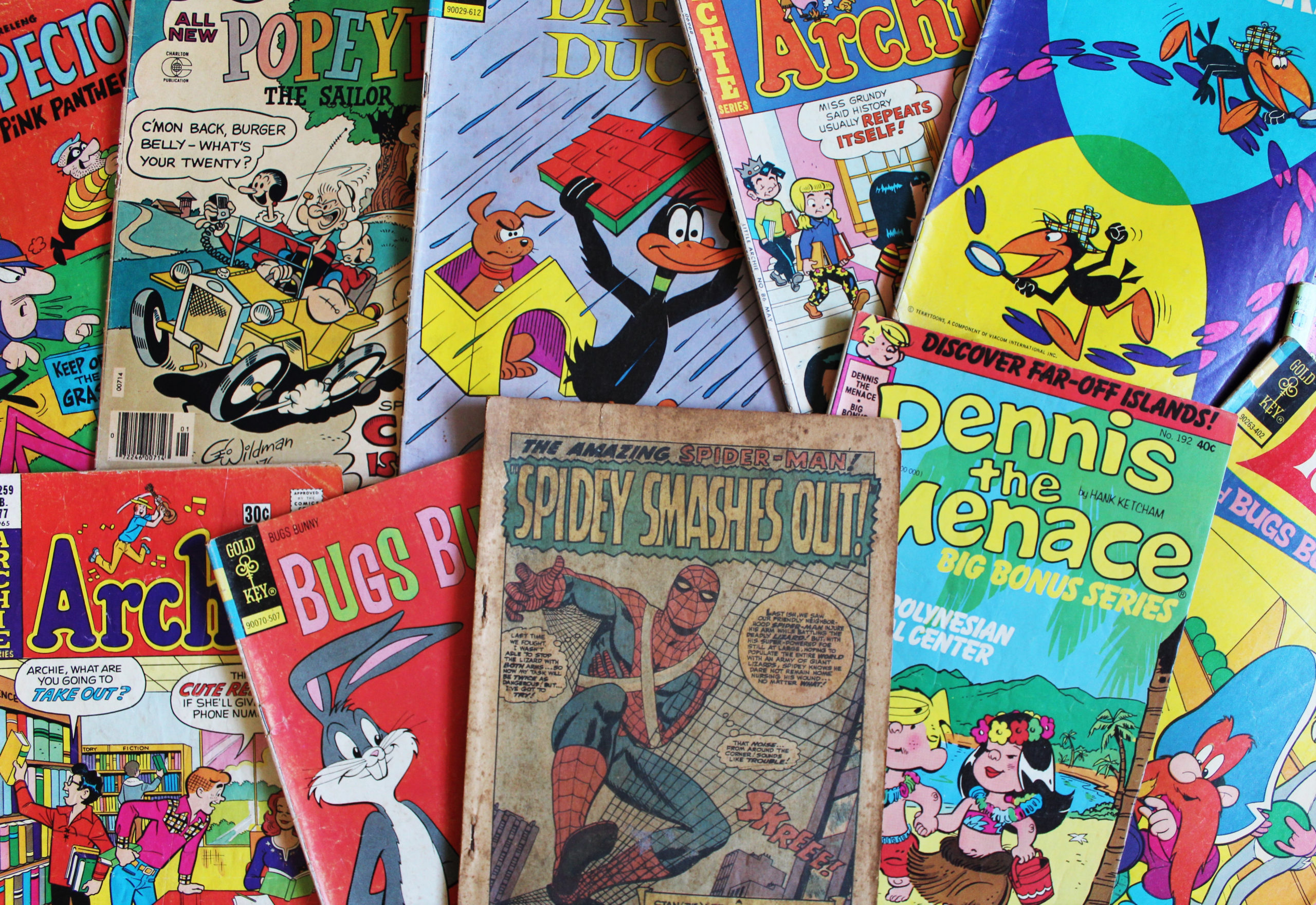 Got some old comics in your attic or basement? Check them before you throw them out–if they are the right issues and in good condition, they could be worth a not-so-small fortune. You may be in possession of one of the rare comics worth the most money.

Prices available at auction for comics differ from the perceived market value, which is based on rarity and difficulty of replacement as well as the issue and the condition. For example, a copy of the top listed comic is valued at $397.5 million, but only fetched a fraction of that on sale in 2010.

Check out these comics worth the most money.

The cover art, featuring Green Lantern, is by Sheldon Moldoff.

An important book, with only 17 unrestored examples known to exist. And it is the first and origin of Atom.

Adventure Comics is a collection of comics and stories, including “The Tarantula Strikes,” featuring the Sandman.

In this story, the Sandman, a masked vigilante, investigates the disappearance of actress Vivian Dale at her estate.

The cover artwork for this Suspense Comics issue 3 was done by the infamous Alex Schomburg and is named as one of the Top 100 Golden Age books.

One of the most recognizable Golden Age covers and it’s easy to see why with an image of a hooded Nazi holding a sword, ready to plunge it into a captive woman’s chest.

Follow the first adventure of the fastest man alive. Showcase #4 is the debut of a brand new superhero, Barry Allen, the Silver Age Flash.

Featuring Superman’s first battle with the villain Ultra Humanite and used as a launch-pad for the soon to be released Superman comic.

All-Star Comics #3 features the appearance of the first super-team, the Justice Society of America.

Featuring the first group meeting between Green Lantern, Flash, Hawkman, The Spectre, Hourman, Sandman, Dr. Fate, and the Atom, with Johnny Thunder. Making this a highly sought after issue.

Unless you’ve been hiding under a rock, then you would have heard of the Avengers. The Marvel Universe had grown quite dramatically since the reals of Avengers #1 back in 1963.

Featuring Thor, Iron Man, the Hulk, Ant-Man and the Wasp battle Thor’s rascal of a brother, Loki in the first issue of Avengers.

Marvel’s Journey into Mystery issue 83 saw the first appearance of the God of Thunder, Thor.

Although listed at Whiz Comics #2 the issue never actually got released. It was, however, used in promotions.

Featuring the first appearance of Captain Marvel, or otherwise known today as Shazam to avoid confusion with Marvel’s own Captain Marvel!

One of the most important comics books out there as without the Fantastic Four the Marvel Universe would not exist as we know it.

Believe it or not but the Incredible Hulk started off as grey in his first appearance and not a big green guy as we would all recombine today.

Another masterpiece that was written by Stan Lee and drawn by Jack Kirby.

Captain America Comics features the very first appearance of the man himself.

Written by Jack Kirby and Joe Simon, the cover shows an image of the beloved hero slapping Adolf Hitler.

Another of Stan Lee and Jack Kirby’s creations is Iron Man who makes his debut appearance in Tales of Suspense #3.

Not quite the stylish and super high tech version that Robert Downey Jr. brings to the big screen. But you’ve got to start somewhere, right

Action Comics #7 features Superman and is only his second appearance in a comic.

Every comic book collector will want this issue to add to their collation and coming in at a bargain price of $414,00.

According to Nostomania’s top 100 most valuable comics is Marvel Comics’ first issue. It was published in 1939 and was also prompted by the success of the other superhero comics.

The very first issue of X-Men fears the crime-fighting mutants Cyclops, Beast and the rest of the team take on the powerful Magneto.

A copy of this issue sold for almost half a million dollars in 2012.

Batman, who by then had been around for almost a year, became the second superhero to get his own comic. For the first time, readers were introduced to Robin, his intrepid sidekick.

Valued at $359,000 in 2010, a near-mint condition copy sold in early 2012 for $850,000 at auction. This gives it the honor of being the highest sale price ever realized for a comic book in history. As with other valuable comics, the actual sales price depends on the demand for the book as much as the condition.

Most importantly includes the very first appearance of Wonder Woman which makes this issue value.

Spider-Man is one of the world most loved superheroes, so its no wonder that an issue sold for a cool $1.1 million in 2011.

Published on May 1939, the 27th issue of Detective Comics was the first to feature Batman in “The Case of the Chemical Syndicate.” Originally known as The Bat-man, the character was created in response to the success of Superman the year before.

The reported value for a near-mint condition copy of the comic ranges from $375,000 to $1.2 million, according to the Comics Price Guide, although no records exist of actual sale prices paid after 2006.

Superman, the last survivor of the planet Krypton, is born on paper. Devoting his life to those in need, he appeared on the cover of Action Comics #1. The publication sold for 10 cents and carried a drawing of the superhero smashing a car against a rock.

As of August 2010, approximately 100 copies of the comic were known to be in existence, according to an ABC News story about a family who discovered a copy in their basement that saved their home from foreclosure. Copies are valued at between $250,000 and $1.5 million, depending on the demand and condition. Actor Nicholas Cage sold a copy in 2011 for $2.1 million.

Superman was the first character to get his very own comic book. In the summer of 1939, Superman #1 hit the newsstands with an illustration of the superhero in his iconic costume with the triangle on his chest and the recognizable logo.

Also selling for 10 cents, the estimated value in 2006 was $210,000. In 2013, however, the value ranged from $25,500 for a copy in good condition to $68 million for a copy in mint condition, according to Nostomania, an online pricing guide based on actual sales that reflects current market conditions.

Do you have any of these comics worth the most money hidden away in the back of the cupboard? If you do, you may be able to sell them for some serious money. Click the next button to see celebrities who were high school dropouts.