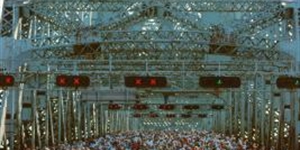 Right or wrong, celebrities often carry reputations as pampered princes and princesses living cushy lifestyles. Some dispel this notion by taking on extreme physical challenges that push their bodies to the limits. Among the most impressive celebrity feats is completing a marathon.

One of the most surprising celebrity marathon runners is actor and comedian Will Ferrell, who completed the Boston marathon in 2003. The actor who often pokes fun at his less-than-fit figure in movies, completed the race in a time of 3:56:12. Fans who watched him hopelessly jog through the streets naked in his 2003 film “Old School” would likely be shocked at the news.

While you can debate his politics, there is no debating former President Bush’s conviction to fitness and exercise before, during and after his presidency. Bush, the 43rd president, completed the 1993 Houston Marathon in a very impressive time by presidential standards of 3:44:52. Bush may not have had much time in office to formally compete in marathons, but he will always have the satisfaction of knowing he ran one of the world’s longest formal races.

“Today” show host Meredith Vieira had a long-time goal of successfully completing a marathon, which she accomplished at the New York City Marathon in 2010. Despite appearing fit, Vieira didn’t break any stop watches with her modest time of 5:59. However, she can relish in the knowledge that she completed one of the toughest feats of athletic endurance.

Film star Edward Norton, known for roles in “The Incredible Hulk” and “Primal Fear,” took to the streets of New York for the 2009 marathon. Norton took his race so seriously that he actually went to Kenya, home of the world’s best long-distance runners, to train. His efforts paid off with a very respectable time of 3:48. In honor of his training team, he raised money for the Maasai Wilderness Conservation Trust.

Canadian-born actor Ryan Reynolds, who has starred in films like “Adventureland” and “Just Friends,” ran the grueling New York City Marathon in 2008 to draw attention to and raise money for Parkinson’s disease, which his dad was diagnosed with in 1993. Reynolds completed the trek in a very respectable 3:20. 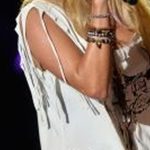