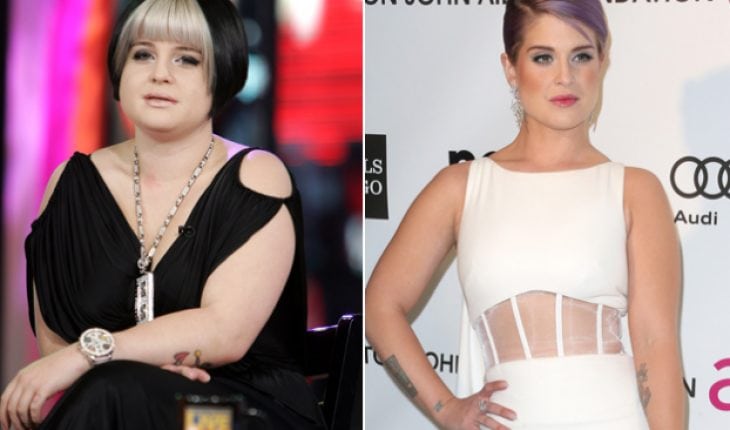 The paparazzi love celeb weight loss stories, eagerly snapping photos of celebs thin and not-so-thin. Some celebrities have gained and lost plenty of weight for specific film or television projects, while others are scrutinized for every pound gained during pregnancy and monitored for how fast they lose the weight after childbirth. The real celebrity weight-loss heroes stand out for long-term lifestyle changes and positive, healthy attitudes.

Here are 15 celeb weight loss stories that will inspire you:

After putting on 30 pounds during her pregnancy with twins Moroccan and Monroe, Mariah Carey felt pressure to lose the weight fast. But instead of turning to extreme measures, she started following the Jenny system.

After the birth of her adorable twins, Mariah lost 70 pounds by being on the Jenny Craig diet plan. However, she regained the weight quickly.

The extra weight prevented her from performing her dance routines, so she is believed to have controlled her diet by consuming chicken broth and salmon with capers, which is reported to have reduced her size by 25 pounds.

While Speaking to Us Weekly about her diet struggle, she said: “I’ve been very disciplined and all I did was cry and dream about pizza. I still am dreaming and crying about pizza.”

The 41-year-old went on to reveal that she had dropped the weight while filming her new TV show, The Santa Clarita Diet. “I was 144 and now I’m 124 while filming a Netflix show,” she said. “I feel really great.”

Basketball Wives star Tami Roman’s celeb weight loss story started when she quit smoking, which is also when she saw the number on the scale shoot up. After reaching 185 pounds, the 5’9″ star knew she had to do something and turned to yoga and a weight-loss supplement, NV Clinical, to shed pounds in a healthy and sustainable manner.

“I lost seven pounds in the first week of taking NV without making any major changes to my life,” Roman says. “But in the second week, I thought to myself, Tami, what would happen if you added a little light exercise to your routine? So I started at 10 minutes of working out. That soon became 15 minutes, then 20, and then it became 30.”

The resulting effect was she became 40+ pounds lighter.

Although the Gilmore Girls alum has never revealed what number appears on the scale, her losing 75 pounds makes her story one of the most inspiring ones of celeb weight loss.

The 47-year-old star shed 75 pounds after switching to a sensible diet and exercising consistently.

The Bridesmaids actress jokingly said that her slim-down is due to living “a super-boring life. You go to bed at 7:30 [p.m.] — that’s the trick.” But, in reality, she streamlined her portions, stuck with a high-protein, low-carb diet plan and maintained a consistent exercise regimen.

His journey began in 2011 when he was filming Moneybag with Brad Pitt.

While rumors circulated Brad was the driving force behind his fitness overhaul, Jonah later came out and said his weight loss was simply triggered by a new diet and looking after himself.

He told ABC News, “It was just mostly diet. I wish there was some crazy thing that I did, like a pill or a genie or something, but I went to see a nutritionist, and he told me what to eat and to change my habits and stuff. I found that Japanese food was very helpful to me.”

At his heaviest, Jonah weighed over 250 pounds and has since lost over 40 pounds.

Academy-award winning actress and singer Jennifer Hudson was called “too fat for Hollywood.” She proved her critics wrong by winning an Oscar in 2006 for Dreamgirls while at her heaviest weight of over 200 pounds. Hudson has been a Weight Watchers spokesperson and has successfully maintained her 80-pound weight loss through lifestyle changes, which she documented in an autobiography. As of 2013, the 5’9″ Hudson has maintained her weight at between 130 and 140 pounds.

Award-winning actor John Goodman was half of one of television’s funniest—and fattest—couples on the Roseanne show. Goodman told Men’s Health magazine that for years he was a yo-yo dieter, losing 60 to 65 pounds every year and gaining it back. At his heaviest in 2009, he was a life-threatening 375 pounds. In 2010, he lost 100 pounds, and by 2013, he showed that the weight continued to stay off as he accepted a SAG award for outstanding performance as part of the cast of Argo.

Comedian Drew Carey is an audience favorite for his work in sitcoms, game shows and standup comedy. At his heaviest in 2010, the The Price Is Right host weighed 262 pounds and required medication for type 2 diabetes. His motivation for his dramatic 90-pound weight loss in 2010 was that he was “sick of being fat.” Carey maintained his weight loss, and in addition to improved energy and an active lifestyle, no longer takes diabetes medication.

Beginning her transition from chubby young woman to fashion icon in 2009, Kelly Osbourne has lost at least 70 pounds. In 2013, Osbourne’s transformation saw her rocking bikinis on the cover of fitness magazines. Few would have the courage to copy her fierce lavender hair or rock-inspired fashions; more are likely to adopt Osbourne’s dramatic and lasting lifestyle changes.

Referring to herself as a “former fat person,” Osbourne says the only way to succeed in losing weight and keeping it off is the complete commitment to a lifestyle change.

Today Show and Weather Channel personality Al Roker was inspired to lose weight by a promise to his father, Al Roker Sr., who was dying of cancer. The elder Roker feared his morbidly obese son would not be around to care for his grandchildren.

With the aid of gastric-bypass surgery in 2002, exercise and continued healthy eating, Roker lost almost 140 pounds and an astonishing 20 suit sizes. Roker maintains his weight at about 200 pounds and continues to inspire others to lose weight.

Before the actor lost weight, fans loved him! Chris Pratt lost over 60 pounds in six months with an extreme workout plan.

The workouts consisted of P90X, running, swimming, and triathlons. He didn’t even cut calories! He continued to eat over 4,000 calories a day and drink lots of water.

When Keeping Up with Kardashians first aired, Khloe got mocked by critics and fans of the show for her weight. Well, 40 pounds down and she has made a complete lifestyle change!

The reality star decided to make positive changes to her nutrition and fitness.

When Adele first came on to the music scene in 2008, she was on the heavier side and was not ashamed for it. After she gave birth to her son in 2012, she decided to quit smoking, cut out the 10 cups of tea, and focus more on a clean diet.

She started to incorporate more fruits and veggies, lean protein, and complex carbs.

This pop sensation started to lose weight in 2015, and he seems to be getting slimmer every time we see a picture of him! Smith has lost over 50 pounds.

He cut out dairy, gluten, and refined sugar from his diet. The singer started to incorporate more weight training and yoga to his daily workout routine!

After the birth of her first son, Simpson gained more than 70 pounds. Thanks to a healthy diet and a lot of exercise, she looks amazing! She eats healthy on a daily basis and she works out 5 days a week.

To keep her interested, she likes a mix of strength training and cardio. Wow!

Wow! These celebrity weight loss stories really inspired us! Click the next button to see the most fit celebrity men in Hollywood right now!