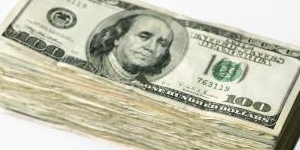 Drugs often lie at the center of scandals that bring down politicians, businessmen and even governments. We may remember Marion Barry getting busted for crack or a former president claiming that he “didn’t inhale,” but the biggest scandals may involve the fates of corporations and entire nations. Since not everyone gets caught, we will never know the extent to which narcotics affect our history. However, the scandals we do know about have involved the highest levels of government and business.

Manuel Noriega rose to power in Panama during the 1980s with the tacit support of the CIA. The strongman dictator had been on their payroll since 1971, working as a liaison between America and Cuba. However, he outlived his usefulness after the end of the Cold War. After the U.S. shifted its attention from Communism to the War on Drugs, they went after Noriega. Federal grand juries in Florida indicted him with aiding and abetting the Medellin cartel through money laundering and even building a cocaine processing plant in Panama. The U.S. briefly invaded Panama to bring him to trial.

Air America was a charter airline that ran flights throughout Indochina during the Vietnam War. It was also a CIA front, used for covert operations. Though the extent of official U.S. involvement remains murky, Alfred McCoy’s “The Politics of Heroin in Southeast Asia” details how Air America’s fleet of aircraft transported massive quantities of heroin out of Laos. Some of the heroin was smuggled to the U.S. The rest of it was sold in Vietnam and thousands of GIs became addicts.

“The French Connection” won the Oscar for Best Picture in 1972. The film recounted one of the largest drug busts in U.S. history, in which the NYPD seized more than 200 pounds of heroin. Unfortunately, the epilogue was not so heroic. As detailed in Gregory’s Wallance’s book “Papa’s Game,” the heroin was stored in an evidence locker but a rogue policeman stole it and replaced it with talcum powder. As of 2013, no one has been arrested in connection with the theft.

Before the 19th century, China’s trade policies were isolationist—they cut themselves off from the rest of the world by choice. However, the nation possessed coveted resources and precious metals desired by Europeans. In the 1830s, British entrepreneurs increasingly began to trade Indian opium for Chinese tea. When Emperor Daoguang balked at these arrangements, Great Britain declared war on China. Though not directly involved with narcotics, the government stood to lose a great deal in tax revenues from India. They fought two wars in the name of “free trade” that successfully opened the country to exports, both licit and illicit.

DeLorean was a visionary with a problem. After quitting General Motors to start his own automobile company, his cars did not sell fast enough to keep his venture afloat. In 1982, he was arrested for conspiring to invest money in the sale of 55 pounds of cocaine. Despite powerful video evidence, he successfully defended himself from the charges by claiming the FBI had entrapped him. However, the scandal foreshadowed decades of other lawsuits that destroyed his company.
Must Read
Ein Mürrischer Kunde Erinnert Die Kellnerin An Ihren Großvater, Und Dann Passiert Das Undenkbare
Renovador Encuentra Una Antigua Reliquia Oculta En Una Chimenea
Un Hombre Instala Cámara En El Coche, Descubre La Estafa Del Mecánico