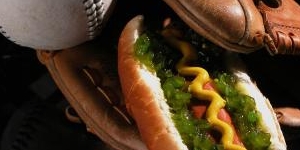 America’s pastime: Every summer, major league baseball parks fill with tens of thousands of fans ready to eat hot dogs, drink beer and watch baseball. Baseball Almanac gives a statistical breakdown of all of America’s ballparks. Boston’s storied Fenway Park is the smallest, seating just 36,298 fans, but which are the biggest? Some are steeped in history and tradition, others are newer stadiums filled with fans eager to see history in the making. 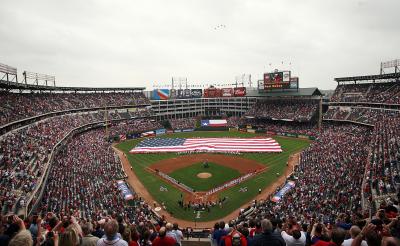 The 49,166-seat home of the Texas Rangers opened in 1994 as the center of a 270-acre entertainment complex. The open-air stadium of Rangers Ballpark in Arlington incorporates tradition that recalls the historic design of the nation’s earliest ballparks. From the exposed beams and the brick-and-granite facade to the natural grass on the asymmetrical outfield, everything about the facility reaches back to capture the essence of baseball in the early 20th century. The entire complex includes a four-story office building, a 12-acre lake, youth parks and recreational facilities. 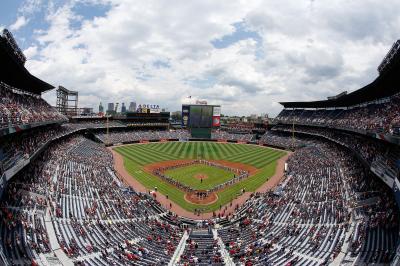 The Home of the Braves opened in 1997, replacing the historic Atlanta-Fulton County Stadium. The historic facility seated up to 52,769 fans from 1966 until 1996. The old stadium was imploded and the site is now a parking lot, but the field and bases are outlined in loving tribute, along with a marker commemorating Hank Aaron’s record-breaking 715th home run. Turner Field seats 50,096 fans in an atmosphere equal parts nostalgia and high-tech entertainment. Considering the park takes its name from media mogul Ted Turner, it stands to reason the stadium boasts 500 television monitors. 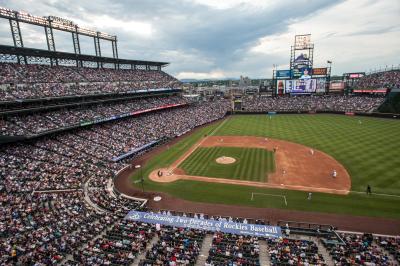 The home of the Colorado Rockies opened in 1995 with 50,381 seats. Coors Field boasts a unique attribute—altitude. A baseball travels 9 percent further at 5,280 feet than at sea level, and the field is a power hitter’s dream. Prior to making their home at Coors Field, the Rockies spent two seasons at Mile High Stadium playing for more than 57,000 fans per game on average. For more than 20 of those games, attendance exceeded 70,000—which makes you wonder why Coors Field is so small. 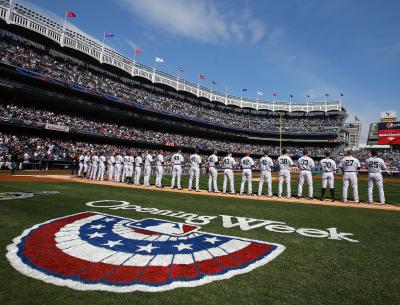 The original Yankee Stadium opened in 1923 to 74,200 fans—4,200 over the facility’s advertised capacity. In the 85 years the Yankees played in “The House that Ruth Built,” the stadium hosted over 151 million fans. The historic structure was not only the first triple-deck ballpark, but also the first to be called a stadium. The present stadium opened in 2009 with considerably fewer—but more comfortable— seats. Built across the street from the historic ballpark, Yankee Stadium seats 52,325 fans. 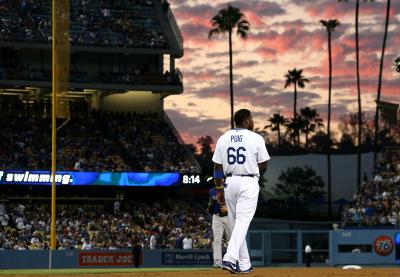 It’s not just the biggest baseball stadium in the U.S., it’s also the third oldest. In 1957, Dodgers President Walter O’Malley uprooted the Brooklyn team after failed negotiations to build a new ballpark and moved them to L.A. The California city traded the team 300 acres for the deed to Wrigley Field and the promise to build a 50,000-seat stadium on the property. The doors to the 56,000-seat stadium opened in 1962, and since that time, Dodger Stadium has welcomed over 147 million fans.

5 Athletes Who Died Playing the Sport They Loved 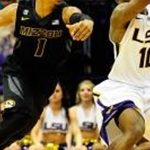