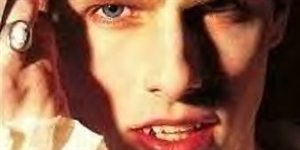 If you think that the “Twilight” movies are among the greatest vampire movies ever, you are in desperate need of a little history lesson. People made better vampire flicks in the 1920s and ’30s than most of what comes out today. A few recent examples, however, also shine through as entertaining, blood-sucking drama.

“Near Dark” is one of the few vampire films that is also a Western and a teen romance. The film follows a teenage cowboy who gets turned by a strange girl. He chooses to leave his one-horse town to follow his maker and a nomadic gang of vampires on an adventure that brings love, laughter and dangers. The 1987 movie starred a young Adrian Pasdar as Caleb Colton before he made it big. Jenny Wright and Lance Henriksen also star as the girl who seduced Caleb and the leader of the vampires, respectively.

3 “Interview With the Vampire”

Whether you like Anne Rice or not, her vampire books and the movies based upon them display one of the strongest vampire mythologies ever imagined. The 1994 hit “Interview With the Vampire” introduced filmgoers to Lestat, one of the most interesting vampire characters ever created. Although Tom Cruise didn’t fully capture the nuances of Rice’s character, Brad Pitt’s Louis is possibly even better than the Louis in the book. Pitt’s character tells a story of love and sacrifice to a reporter played by Christian Slater. The movie also stars a young Kirsten Dunst playing a child vampire.

Max Shrek playing the vampire, Count Orlok, in “Nosferatu” was possibly the earliest portrayal of a vampire in film that still affects how people see vampires today. Because the movie was made in 1922, it was a silent film done in black and white, which gave the picture a creepy, Gothic feel that just isn’t able to be authentically replicated today. The film also starred Greta Schroeder as the unfortunate human that catches the vampire’s eye when he seeks help from her husband in purchasing a new home.

“Dracula” was a chilling movie starring Bela Lugosi as the most famous of all vampires, Count Dracula. The 1931 film, based on the Bram Stoker novel, also starred Helen Chandler and David Manners. In the movie version, Dracula travels to London to seduce and turn young women. Not much has changed in the goals of vampires, but this film laid the foundation that many future films followed.

Can You Make Out These Celebrities Without Makeup? These Stars Will Shock You! 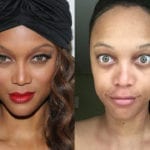