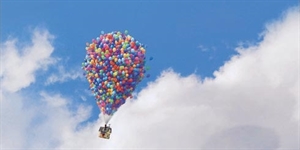 Disney’s Pixar is the gold standard in children’s movies and computer-generated imagery, or CGI, animation. Even Pixar’s least creatively or visually impressive movies—like “Brave,” “Monsters, Inc.” and “A Bug’s Life”—are gripping compared to the competition. These movies are so clever and so adept at hooking viewers that even those of us who can’t stand kids’ movies enjoy Pixar films. With such a rich list to choose from, choosing the best wasn’t a walk in the park.

What’s not to love about Ellen Degeneres as the voice of Dory the neurotic regal tang? Not much, as it turns out. For those of us who missed the first “Toy Story” run because we dislike most children’s films, “Finding Nemo” served as a great big neon sign alerting us that Pixar makes films that both children and adults can enjoy. Plus, the beauty of the animated world under the sea is breathtaking and probably unparalleled by any other animated feature.

Pixar’s first PG-rated film “The Incredibles” is among its most underrated. We love it for many reasons, but largely because it departs from the usual feelgood Pixar formula and gives us something a little edgier. The family of superheroes at the center is dysfunctional, and the satire about suburban life is pretty biting. Its relatively straightforward treatment of difficult subjects like divorce, child neglect and suburban malaise has never been matched in any other children’s animated film. Even the villain is scarier than that of any other Pixar film. The seriousness of the material makes it suitable for adults, and appropriately challenging for kids—just as the best children’s movies should be.

Let’s be honest, the “Toy Story” franchise is uniformly exceptional, and its third installment is almost as good as the original. And the second is only slightly inferior to the first and third. Altogether, the “Toy Story” trilogy is probably Pixar’s greatest creative achievement. But since we didn’t want to write a five-part list dedicated to the “Toy Story” franchise, we settled on the original for its innovation and sense of humor. Without it, Pixar would never have become the creative juggernaut it is today. We recognize this choice as a bit of a cop-out, but we are OK with that.

Leave it to Pixar to make a feelgood romantic comedy for the entire family about a robot in a lonely post-apocalyptic hellscape. The film is set many years into the future, on an earth no longer suitable for human inhabitants. “Wall-E” contains plenty of social commentary about the consequences of human wastefulness and sloth, offering Wall-E and love interest EVE as foils of the spoiled humans living in space. The story revolves around the robots’ struggles to stay together—and humans’ gradual recognition that they need to fix the Earth. The combination of love story and social critique was new for Pixar in 2008, and it works beautifully.

It doesn’t matter who you are: Child, adult, male, female, CGI fan—you cried during the first 10 minutes of “Up.” You know, during the beautiful instrumental montage about the old man’s relationship with his wife, the one that culminates in her death and depicts his grief. That opening montage may be the most poignant 10 minutes in the history of animation, and that’s just the beginning. The ensuing tale about loneliness and the importance of friendship doesn’t disappoint. “Up” is one of only a few animated features ever nominated in the Oscars’ Best Picture category; it actually shares this distinction with another Pixar film, “Toy Story 3.” 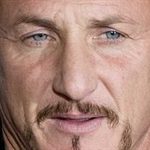 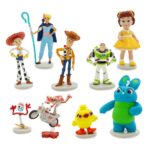 Go “To Infinity and Beyond” With Toy Story 4 and ShopDisney

Top 5 Greatest Battle Scenes in Movies
Go “To Infinity and Beyond” With Toy Story 4 and ShopDisney
Top 15 Favorite On-Screen Couples
It’s Time to Face Your Fears With These Best Horror Movies of All Time
May the 4th Be With You: 15 Items Every Star Wars Fan Must Own
This Is the Definitive List of Steven Spielberg’s Best Films
The Happiest Films on Earth: Best Disney Movies of All Time
Why Every Horror Fan Should Sign Up to Shudder