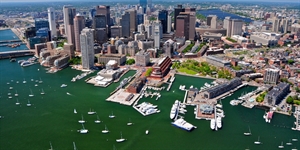 “Boston Strong” has become a famous slogan since the Boston Marathon bombings in 2013, but Beantown’s plucky spirit goes back centuries. The city was home to the original Tea Party uprising in which colonial rebels protested British taxes by dumping chests of tea into the sea. Hollywood has a special place in its heart for the setting. Besides the great accents, Boston possesses a distinctively gritty yet endearing authenticity not found anywhere else. Numerous films not only use the city as a backdrop but as the backbone for their atmosphere and plot.

5 “The Friends of Eddie Coyle”

Largely forgotten until its DVD release by the Criterion Collection, the film stars Robert Mitchum as a down-and-out hood who informs on a gang of bank robbers to avoid going to prison on an unrelated charge. Shot in 1973, “Coyle” shows the seamier side of a Boston that no longer exists. For instance, Eddie’s regular bar was torn down for a Best Buy. The train station where the cops finally arrest the gang leader is now a parking lot.

Most cinephiles associate Sidney Lumet with New York City in films like “Network,” “Dog Day Afternoon” and “Prince of the City.” However, one of his finest works takes place in Boston. “The Verdict” stars Paul Newman as an alcoholic attorney who has one last shot to win an important case. He goes up against the Boston Archdiocese in a medical malpractice case at a church-run hospital. Ironically, the film was mainly shot in New York City because the Boston Teamsters allegedly threatened the production.

Boston is home to some of the world’s greatest universities, the most famous of which is Harvard. Accordingly, filmmakers have used the “town and gown” theme in many Bostonian pictures where love affairs and other meaningful encounters occur between elite academicians and tough guys from the wrong side of the tracks. “Good Will Hunting” recounts the story of an unrecognized math genius that works as a janitor at MIT. A renowned professor (Robin Williams) discovers him and tries to give him a new start as a scholar. Though much of the film was shot in Toronto, locals may spot The L Street Tavern and Bunker Hill Community College in certain scenes. Boston boys Matt Damon and Ben Affleck won an Oscar for penning this film.

Before Boston native Ben Affleck got showered with awards for “Argo,” he directed “The Town.” That town, of course, was Boston. The film concerns a gang of blue-collar friends who rob banks. Not surprisingly, the police eventually corner them during a robbery at Fenway Park (home of the Red Sox). A large part of the film was shot in Charlestown, the oldest neighborhood in Boston and a place that the prologue claims “has produced more bank robberies and armored car thieves than anywhere in the world.”

Loosely based on mobster Whitey Bulger (who ran South Boston as a personal fiefdom in the 1980s), Scorsese’s “The Departed” won the Oscar for Best Picture in 2007. The film stars Leonardo DiCaprio as a directionless malcontent who infiltrates an organized crime gang run by Frank Costello (Jack Nicholson). The film offers a rare view inside the world of South Boston, an impoverished Irish neighborhood with a strong suspicion of outsiders. Notable Boston locations in the film include Flagship Wharf, Logan International Airport, and the Erich Lindemann Mental Health Center. 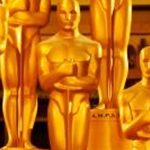