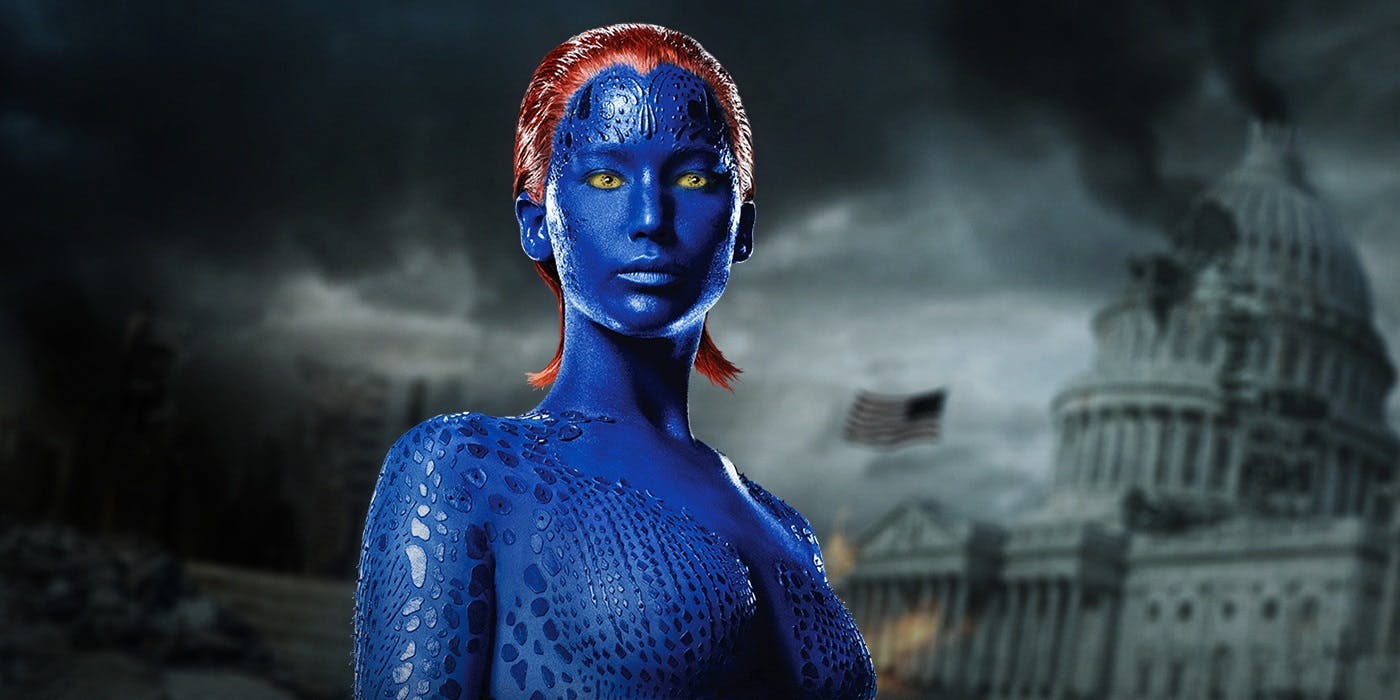 Long before computer-generated imagery and other digital special effects editing existed to bring creatures like Gollum to life in The Lord of the Rings, Hollywood relied on special effects makeup artists to transform an actor’s appearance. While the industry no longer depends solely on movie makeup to create its creatures, the tricks of the trade are well preserved on film.

These 20 best examples of movie makeup effects are incredible – the new and the old:

When Heath Ledger played the Joker, it beat out Jack Nicholson’s version of the Joker. Critics applauded that the clown face was simple, but it had a Francis Bacon twist with the smear of makeup.

The prosthetics of the Ledger’s face was created by Conor O’Sullivan who created a new technology where silicone could be applied easier. This felt lighter on Ledger’s face. O’Sullivan said that he created the smile when he met a delivery man who had those same scars.

Even though Jim Carrey had rubber features everywhere, he wore makeup as well. In order to make himself look like the Grinch, Carrey was in the makeup chair for three hours a day. Rick Baker, who is famous in the family-friend entertainment world, created the look.

Baker even hired a Navy SEAL to teach Carrey how to deal with torture to get through the whole movie!

After you watch Nightmare on Elm Street as a child, Freddy Krueger probably haunted your dreams and you never wanted to fall asleep. Robert Englund was this scary monster that looked like he was disfigured and he was burnt alive. David Miller, the makeup artist behind this decision, researched real-life burn victims to give the character more authenticity.

Originally the director, Wes Craven, wanted Kruger’s skull to show through. Miller thought it would be scary if Krueger was more realistic.

There wasn’t one character in this movie that stood out as having the most makeup. It was new and innovative. The Wizard of Oz was an entire fantasy world filled with flying monkeys, mythical creatures, witches, and munchkins. Jack Dawn was the makeup innovator on this set.

Because there were so many prosthetics used to make this movie, MGM had to set up an assembly line to apply effects and makeup. Staff members were recruited at different malls from around the country.

We were completed shock at this next one! To get Charlize Theron to look like the serial killer, Aileen Wuornos, she had a lot of makeup. At first glance, you wouldn’t even know this was Theron, but rather an unknown actress. The makeup artist who transformed the actress every day was Toni G.

To correctly match Wuornos teeth, they hired a prosthetic dental technician, Art Sakamoto. To get the look right every time, gelatin was applied to Theron’s eyelids. This caused her eyelids to drop and it made her look permanently tired.

In the Curious Case of Benjamin Button, Brad Pitt’s character was born old and dies as a baby. His character was a blend of prosthetics, makeup, and CGI.

Greg Cannom spent over 18 months on the film set to make Benjamin Button look perfect. He eventually won his third Oscar for his hard work.

Edward Scissorhands wanted to be friends with everyone, but those razor sharp hands made everyone keep away.

Stan Winston who was able to make plausible prosthetic fingers. On top of his razor sharp fingers, he had a ghostly face to go with it.

Remember the fat, balding, studio exec in Tropic Thunder? Well, that is Tom Cruise. Yes, you read that correctly. The look was created by Gerald Quist who worked on Star Trek: The Next Generation.

To get this look perfectly, he wore an oversized prosthetic hands for extra grossness.

Prior to the release of the movie, DeVito could not talk about his makeup with anyone, including his family. The creators of the movie wanted his makeup to be a surprise because they completely reshaped his face and body.

Stan Winston is behind his decision and he is known as the monster specialist in Hollywood.

Robin Williams played Daniel Hillard who was desperate to spend time with his kids after his divorce. Hillard created Mrs. Doubtfire who was a Scottish nanny.

The team that created Williams’ character was Greg Cannom. They won an Oscar for their makeup on set.

While many makeup special effects artists are enlisted to transform actors into fantastical creatures and characters, there’s something to be said for artists capable of more subtle transformations. In the time-travel film Looper, Joseph Gordon-Levitt and Bruce Willis share the character of Joe/Old Joe, with Gordon-Levitt playing the younger version.

Rather than rely on the audience’s suspension of disbelief to accept Willis as a younger version of himself, Gordon-Levitt enlisted the help of makeup artists Jamie Kelman and Kazu Tsuji for the transformation. With the aid of nose, lip, ear prosthetics, plus a little help with the hairline and eye color, Gordon-Levitt became a believable Bruce Willis lookalike.

Kazuhiro Tsuji initially turned down the job but after Rian Johnson persisted, he of course accepted.

While many actors have suffered the process it takes to don a prosthetic or two, none have endured the up to eight-hour ordeal. Jennifer Lawrence said in 2011 that the process to become Mystique would take over 8 hours.

Now she says it only takes three hours because they paint her blue from the neck up. Then after, they put her in a blue body suit. The makeup department started to do it this way because the body paint would irritate the actress’s skin.

The iconic makeup, worn by Boris Karloff in 1931, has now become the enduring image of Frankenstein’s monster with a flat-topped head, bolts in the neck, the large scarred forehead and heavy-lidded eyes.

Jack Pierce is the Hollywood makeup expert behind Karloff’s famous Frankenstein makeup, a man still revered by many of today’s top special effects artists for his monster creation skills. One of his most subtle but creative tricks was to give Karloff’s complexion a greenish tint. The green tint in a black and white film translated into a deathly gray on the screen.

After the success of Frankenstein, Pierce went on to work on other iconic horror monsters like The Mummy (1932) and The Wolf Man (1941).

You’ve gotta give props to a man willing to wear fish skin as part of his monster makeup. That’s reportedly what Lon Chaney did to create the skull-like visage, an idea that helped earn him the nickname “The Man With a Thousand Faces.” He would stretch a strip of translucent fish skin between his bald cap and his nostrils. The actor became completely unrecognizable as the hero of Gaston Leroux’s novel. Dark eyeliner was applied to his face to give himself a hollow-eyed appearance.

While Chaney’s makeup tricks are a mystery to this day, his ability to transform himself is still astounding and was ahead of his time.

The elongating hands and feet, the painstaking progression of hair growth, the bubbling spine and jutting shoulder blades, the protruding jaw and bulging eyes. David Naughton’s transformation into the titular character in An American Werewolf in London is so well done, it’s almost painful to watch. It’s even more amazing to realize that this illusion was created in the movie without today’s computer-generated special effects. The transformation scene is still seen as one of the best examples of great movie makeup.

Engineered by special effects master Rick Baker, the almost three-minute clip took over a week to film. It required numerous casts of Naughton’s face and body. Baker’s work on the film was so impressive he was awarded the very first Oscar for Outstanding Achievement in Makeup.

This scary movie is known to have everyone freak out in their seats. The movie focuses on a human slaughterhouse in Eastern Europe. They sliced and diced people in all different ways.

Howard Berger was the mastermind behind the makeup and makeup effects in this movie. He has won an Oscar in the past, but he did not get nominated for this movie!

Dustin Hoffman played Michael Dorsey, who is an actor who couldn’t land a role. He decides to go the extreme and dress up as a woman. He becomes a soap opera star, Dorothy Michaels.

George Masers and Allen Weisinger came up with this idea because they have been a pro at women’s makeup for a long time. One of their clients was Marilyn Monroe.

Eddie Murphy is known for always having the most ridiculous characters. He decided to play multiple members of the Klump family in the Nutty Professor.

The look was created by Rick Baker. He was able to win an Oscar making Murphy into so many different characters.

Dick Smith was the makeup pioneer for this movie. He was able to create Marlon Brando to have a drooping face, like an old man.

The actor stuffed his mouth with cotton wool by using a special mouthpiece is designed for him.

John Matuszak, an ex-American football player, was transformed to play Sloth. He was the gentle, but disfigured son of Ma Fratelli.